UFC Betting News
Sound Off! You are now in the presence of Conor McGregor, a fighter who we can’t find enough superlatives to describe. Great, Best, Supreme, Unparalleled, Unrivaled… Heck, you’d even be pardoned for calling him Unbeatable, despite the fact that his 17 career wins in the UFC are blemished by two losses.And his winning dominance in the UFC betting lines is not because he is a veteran, as he is just 26-years-young. Neither is it because he is a heavily built fighter. Last time we checked, he was listed as 5′ 9″ (175 cm) in height and a weight of 145 lb (65 kg). But when you get into the cage with him, you are guaranteed to leave with the kind of blisters and injuries that are typically sustained in car crashes. Simply put, if you are a fighter, Conor McGregor is not the guy you want to meet in the cage—something he was keen to reiterate recently when he talked about how he would beat the lights out of Floyd Mayweather if he was given a chance to meet him in the cage.

“We threw down.” Conor McGregor​ says he had actual fights w/his dad over his choice to quit plumbing and pursue MMA: http://t.co/5uI9lDR6zU

What about his résumé? Well, the numbers in his career speak for themselves. So far in the two years he’s been at the UFC, McGregor’s numbers are as follows:17-2-0 Win-loss-Draw Record88% finish in KO/TKOs83.33% in Takedown Accuracy100% Takedowns Defended000 Submission Average69.18% Defense42.86% Striking Accuracy and 5.72 average Strikes Landed per Minute 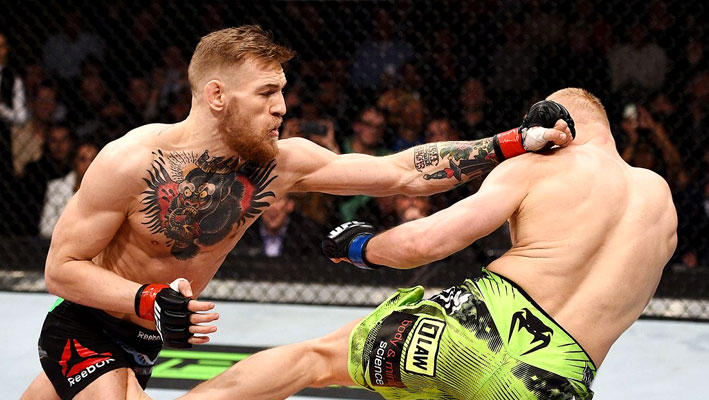 Following his three back-to-back KO/TKO wins over Diego Brandao (Round 1 win in July 2014), Dustin Poirier (Round 1 win in September 2014) and most recently Dennis Siver (Round 2 win in January 2015), Mr. Notorious has climbed up the ranking in the featherweight division, currently placed third. His next fight will be coming against Chad Mendes on July 11th and there is good possibility (on paper) that he will be beaten since Mendes is similarly 17-2-0 in his UFC career.Even so, McGregor has proven himself countlessly against similar opponents, so Mendes should just be another worthy—but conquerable—challenge in Conor’s quest for All-time greatness in the UFC. Plus, the Connor McGregor we know, the one that is riding hot on a meticulous 12-fight winning streak, would not allow himself to come this far and lose to Mendes. 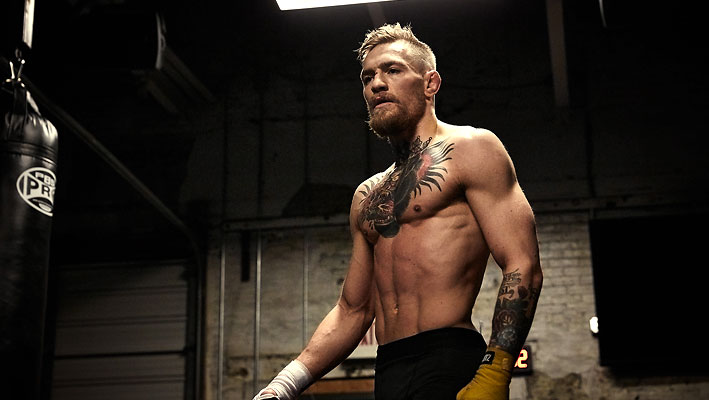 In fact, McGregor is far from worried about Mendes that he’s avoided talking a big game about the fight, leaving Mendes to do most of the talking. Soon, we will be finding out who is the biggest of the two.At the moment though, it’s safe to say there is no stopping the one-man UFC show called McGregor, and for very good reasons. Since gracing the stage in MMA betting, McGregor has taken the world by storm, making himself one of the most dominant and marketable fighters in recent years. And going by his ever increasing stature, it is only a matter of time before McGregor cements his rightful position as No. 1 in the UFC featherweight rankings, if he is not that already.SourcesUFC.com (http://www.ufc.com/fighter/Conor-McGregor)Wikipedia.org (https://en.wikipedia.org/wiki/Chad_Mendes)
Older post
Newer post