UFC Betting News
UFC Fight Night 68 will take place this weekend, and the main event is now different than what it was originally supposed to be. Daniel Cormier and Ryan Bader were the scheduled headliners, but when Cormier took Jon Jones spot at UFC 187, a new main card had to be added. What we are now getting is a fight between Dan Henderson and Tim Boetsch, which promises to be pretty ferocious MMA odds event given that both men appear to have their futures hinging on this fight.

Middleweight       Tim Boetsch vs. Dan Henderson Heavyweight        Ben Rothwell vs. Matt Mitrione Lightweight          Dustin Poirier vs. Yancy Medeiros Featherweight      Thiago Tavares vs. Brian Ortega Bantamweight      Joe Soto vs. Anthony Birchak Bantamweight      Francisco Rivera vs. Alex Caceres Both of these fighters are not particularly subtle in their approach, which is why we can expect to see an all-out brawl, at least through the first couple of rounds. Dan Henderson, at aged 44, is no longer the fighter that he once was, but he only needs to unleash that big right hand once to get the win. He has not been able to do that of late, though, as he has now lost 4 of his last 5 fights. You get the sense that this might be the end of the road for Henderson, a former PRIDE champion at two different weight levels, if he loses. If tiredness does start to set in, Henderson can always switch to a wrestling style to get Boetsch on the canvas. Henderson is probably the better of the two defensively, but at this age, his stamina need to be questioned. The longer this fight goes, the more it swings in the favor of Boetsch. 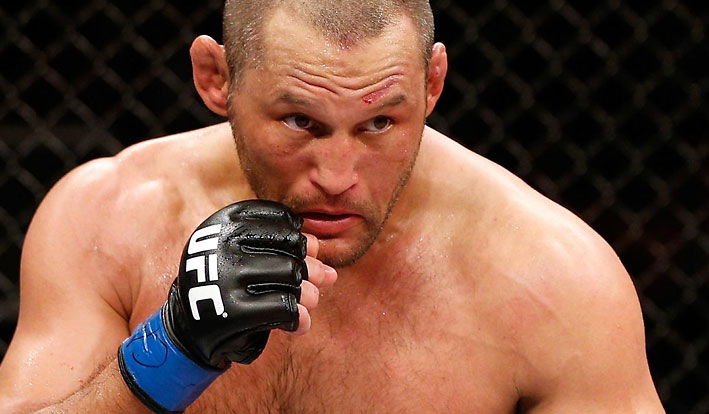 Tim Boetsch is going to have to be on the lookout for those haymakers from Henderson if he does not want to be the 15th fighter on Henderson’s KO list. Boetsch comes in sporting a 10-4 record in the UFC, with 3 KO’s and 2 submissions included in his wins. He has not done too well of late, though, and is just 2-3 in his last 5 fights, with the latest being a loss to Thales Leites. Boetsch is similar to Henderson in that he certainly has power, but can also turn to a grappling style of fighting if need be. He is known for having a strong chin, which may serve him well this weekend. He also has a ton of heart, which he made need to pull on if this thing goes the distance.

Henderson is going to come out swinging in hopes of getting this one done quickly, and if that fails, he could be in trouble. There is a 10-year age difference between these two fighters, and I feel that the younger Boetsch is better equipped to go the distance, which is what I think will happen here. I’m giving the nod to Boetsch by decision.   Sources UFC.com (http://www.ufc.com/fighter/Tim-Boetsch) Wikipedia.org (http://en.wikipedia.org/wiki/Dan_Henderson)
Older post
Newer post