UFC Betting News
In UFC, winning fights is a sure way to get fans happy and build a name for yourself among MMA betting aficionados, a name that is likely to increase your status as a fighter and ensure that you get paid well during your bouts. However, winning fights is simply not enough if you are looking to leave a lasting legacy in the MMA. To cement your name among the greats, you have no option but to challenge for (and possibly win) titles. In the course of this year, fighters in various top categories have been making a case for themselves in regards to earning a title shot. Looking at the UFC Fighter Rankings so far this year, some divisions have clear title contenders, while in others, we still need some time before the real contenders are separated from the pretenders.  As we continue to enjoy the plethora of MMA betting activities over the next couple of months, including the UFC 190 that is slated for the upcoming weekend, here are some top fighters we believe deserve a title shot now or in the near future. As a crucial reminder, remember that the quality of wins/losses and the nature of opponents fought are the essential deciding factors used to determine which fighters deserve a shot at the title. 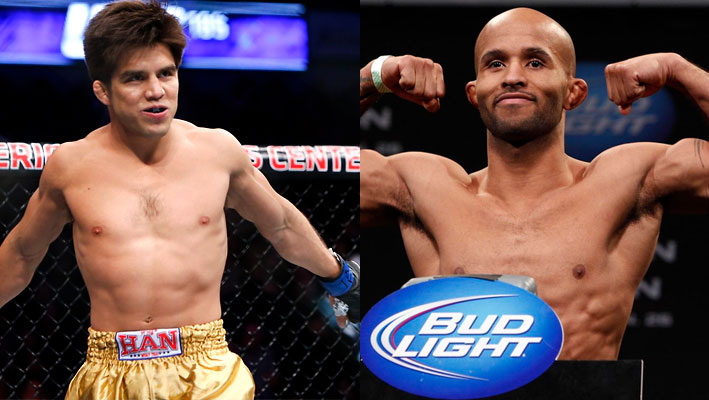 Okay, maybe it is too early to talk about a Cejudo vs. Johnson matchup when he hasn’t even taken down Joseph Benavidez. As per the talks swirling around, Cejudo may take on Benavidez on the UFC 191, but the fight is yet to be finalized. If the fight happens and Cejudo gets a finish type of win against Benavidez (who is a top 5 fighter in the division), then there’s no denying that Cejudo will be deserving of a title shot. Of course, that’s easier said than done since Benavidez is known for having a great guillotine choke, just like most Team Alpha Male members. Therefore, to get his chance of going for the title and winning it, Cejudo will need to work on his guillotine defense, which is likely to come in very handy for him. 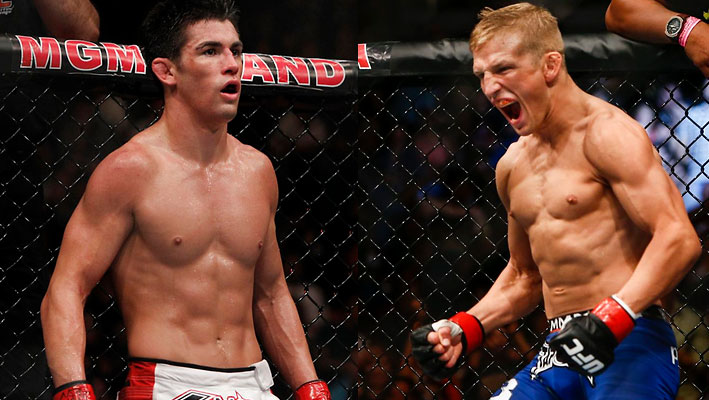 Bantamweight’s title holder Dillashaw was in a class of his own last Saturday at UFC on Fox 16, using his brilliant footwork, power jabs and tremendous accuracy to utterly destroy his opponent, Renan Barao, retaining his UFC bantamweight crown in the process. After such a performance, I think Dominick Cruz should be Dillashaw’s next opponent for a shot at the title. Many will probably argue that the former champion should take another fight first and maybe even get healthy, but after he did take such a chance last year (against Takeya Mizugaki  in UFC 178) and then broke down later, keeping Cruz in the waiting line for too long would be ill-advised, at least according to me. So rather than wait for long, UFC should strike the iron while it is still hot and give Cruz his deserved shot as soon as he’s ready to go for it. If that is not possible soon, then they can make the Raphael Assuncao rematch to happen, provided the Brazilian can also get himself healthy. At the moment, there are too many up-and-coming title contenders in the Bantamweight division, and to avoid a clog, UFC needs to clear the path by giving those who are ready the chance to make their case. 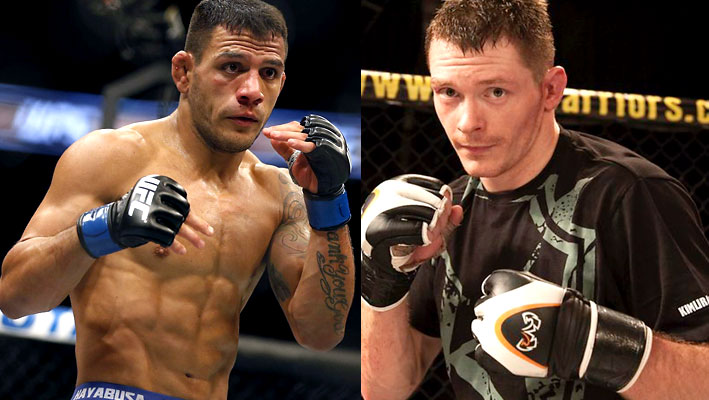 Before you ask me what I’ve been smoking on to mention Duffy’s name yet he is not even ranked in the top-15 of the lightweight division, let me sort-of try to explain myself. Now, since joining the UFC this year, Duffy has done nothing but impress, including first-round wins over Jake Lindsey and Ivan Jorge. His 14-1 fighting record speaks for itself, and as far as being able to go it against the big boys is concerned, the fact that the 27-year-old Ireland native was the last person to beat Conor McGregor (the superstar fighter who is the current interim champion in the Featherweight division) should mean something about his potential, right? And yes, it is a long way to go before he breaks into the top-5 for a shot at the lightweight title, but that doesn’t mean it is not possible. In fact, although the division is pretty stacked with talent, a number of changes should see better relevancy and rankings for deserving fighters. For instance, Khabib Nurmagomedov is currently ranked as high as second in the division, yet he hasn’t fought in over a year, something that should see him drop below worthy active fighters. Meanwhile, Jorge Masvidal is no longer a lightweight so he should be out of the division, while the likes of Edson Barboza (who recently lost to Paul Felder) should also drop down in the rankings, with the likes of Felder breaking into the top 15. If such changes continue to take place and Duffy maintains his hot run (up next for him is a duel against Dustin Poirier as UFC goes to Ireland on October 24), then a title shot could be coming to the jiu jitsu specialist in under a year. 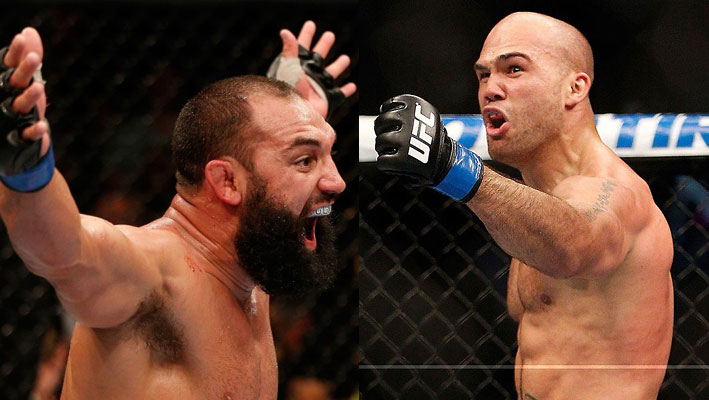 Since losing a hard-fought split decision against Robbie Lawler at UFC 181 last December, a defeat that earned Lawler the Welterweight title, all Johny Hendricks has been doing is to focus on getting a shot at reclaiming the welterweight crown. And from the look of things, the heavy-handed powerhouse may just get his chance, going by the way he’s been training hard and getting the victories this year. Top-ranked contenders like Carlos Condit and Tyron Woodley won’t be easy to beat to the shot, but if Hendricks can continue to maintain his consistency, then he should be able to have his way real soon. 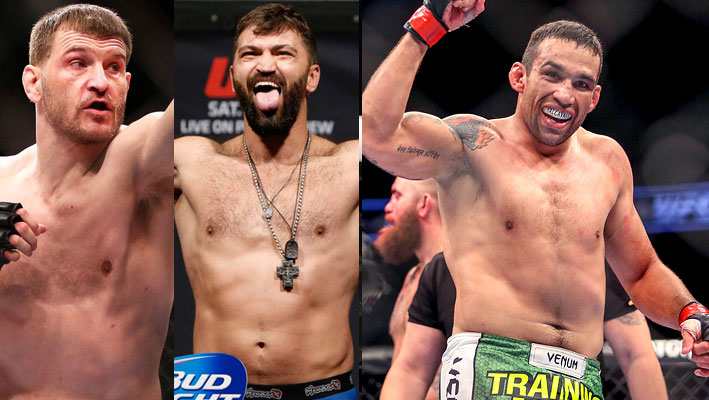 According to UFC President Dana White, the heavyweight title shot will go to either Miocic (13-2 MMA, 7-2 UFC) or Arlovski (24-10 MMA, 13-4 UFC), who will be going against Werdum (20-5-1 MMA, 8-2 UFC). With former champion Junior Dos Santos injured and out of contention for the title at the moment, UFC announced that they’ll choose between Miocic and Arlovski. Speaking about the shot, Miocic said, “Y’know, (Arlovski) he’s a great fighter, but I feel deserve it more than he does.” The Croatian-American earned his divisional stake as the #3 heavyweight in the world after using his wrestling to outclass Mark Hunt at UFC Fight Night 65 earlier in May, so although he lost to Dos Santos earlier at UFC on Fox 13 (the only loss in his last five bouts), he certainly makes a solid case for himself and his shot at the title.  On the flipside, Arlovski has been a model of consistency with nine wins and one loss to Anthony Johnson over the last four years. The UFC is yet to decide who will get the title shot, but from the looks of things, Miocic will be the one to get his chance. Either way, it should be an interesting heavyweight title fight, irrespective of who gets his shot against Werdum. Sources 411mania.com (http://411mania.com/mma/joseph-benavidez-vs-henry-cejudo-in-the-works-for-ufc-191/) Wikipedia.org (https://en.wikipedia.org/wiki/Dana_White)
Older post
Newer post