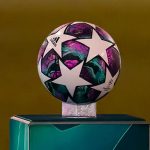 Champions League Matchday 6 happens on Tuesday and Wednesday this week. In our earlier blog, we laid out odds, analysis, and made picks for Tuesday’s CL games. In this blog, we take our shot at picking winners for Wednesday’s matches. Top contests include Barcelona versus Bayern, Lille facing off against Wolfsburg, and Man United hosting the Young Boys. Posted: Tuesday, December 7, 2021 5:08, EST
Champions League Matchday 6 happens on Tuesday and Wednesday this week. In our earlier blog, we laid out odds, analysis, and made picks for Tuesday’s CL games. In this blog, we take our shot at picking winners for Wednesday’s matches. Top contests include Barcelona versus Bayern, Lille facing off against Wolfsburg, and Man United hosting the Young Boys.   Top UCL Read More

Posted: Tuesday, December 7, 2021 4:49, EST
Champions League Matchday 6 takes place this week. Although all teams will play on either Tuesday or Wednesday, the odds shouldn’t matter much. Manchester City is the less than +300 favorite while Bayern Munich is second choice at +390. Three other teams, Paris Saint-Germain, Chelsea, and Liverpool, show odds lower than +600. As teams move to the second round, it Read More

Posted: Tuesday, December 7, 2021 4:18, EST
NFL Week 13 is in the books and like what happens after every week, Super Bowl odds shift making some teams favorites and others underdogs. Check out a list of current Super Bowl odds as well as an analysis of those odds.  Updated Super Bowl Odds Heading Into Week 14 of the 2021 Season Super Bowl LVI When: Sunday, Feb. Read More

Posted: Tuesday, December 7, 2021 3:10, EST
It’s always interesting to look at the odds to win the Stanley Cup prior to the start of the season and then see how they change as the season progresses. The odds tend to fluctuate wildly, as we rarely see a season go exactly the way that anyone expects. That is certainly the case this season, as we have a Read More

Posted: Tuesday, December 7, 2021 2:34, EST
As we head into what is going to be a busy holiday season in the NBA, it is once again time to take a look at the current Power Rankings, according to ESPN. What we are seeing this week is that there is not a ton of movement at the top, although there is a new entry into the top Read More

Posted: Tuesday, December 7, 2021 1:59, EST
As we head into Week 14 of the NFL season, we are seeing teams begin to split off into very specific groups. The top tier teams are all looking to get the #1 seed and the bye in the opening week of the playoffs, while we also have a large number of teams now fighting for their playoff lives. Then, Read More