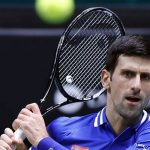 We're still quite a bit away from the opening Grand Slam of the 2022 season, and while we eagerly await for the new season to start, we have been introduced to some shocking news regarding the current no.1 player in the world.As revealed, Novak Djokovic might not participate at the Australian Grand Slam due to his stance on the COVID vaccination. We’re still quite a bit away from the opening Grand Slam of the 2022 season, and while we eagerly await for the new season to start, we have been introduced to some shocking news regarding the current no.1 player in the world.

As revealed, Novak Djokovic might not participate at the Australian Grand Slam due to his stance on the COVID vaccination. Let’s have a look at our ATP Betting update for the Grand Slam so you can keep planning your bets against the Australian Open odds.

No Vaccine, No Entry Into the 2022 Australian Open

The 2022 Australian Open is set to kick off on January 17, but the defending champion might be extending his break from tennis. The current world no.1’s might have to delay his quest for his 21st Grand Slam for a couple more months, as his participation at the Australian Open is in doubt after the organizers confirmed all players at the tournament need to be vaccinated against COVID-19.

This decision has put the spotlight on the Serb, who has yet to reveal his vaccination status. And furthermore, there have been accusations of blackmail from the player’s father, which prompted a response from Victoria’s sports minister, keeping the tennis offseason exciting for the fans.

When asked whether he had taken the COVID-19 vaccine in October, Djokovic responded that his vaccination is a private matter and refused to elaborate further. Things didn’t change now, two months later, as we still don’t know whether the Serb has been vaccinated.

“I will not reveal my status whether I have been vaccinated or not. It is a private matter,” said Djokovic.

“Too many people today allow themselves such freedom to ask things and condemn a person. Whatever you answer – ‘Yes, I didn’t, maybe, I don’t know, I’m thinking!’ – they will abuse it.

While it’s uncertain whether Djokovic took the vaccine, he was very outspoken about it last year when he stated that he is against it and that he will consider getting vaccinated only if the tournament organizers make it mandatory.

Nothing is set in stone yet, but it seems like Djokovic is going to miss the 2022 Australian Open. The speculations were further confirmed by his father, who stated that Djokovic likely won’t play under “these blackmail conditions.”

Victoria’s sports minister, Martin Pakula, responded to Novak Djokovic’s father’s claims, stating that the required vaccination is not about blackmail but rather to keep the people in the state protected.

“If you’re a visiting international tennis player or a visiting sportsman of any kind, it’s about your responsibility to the community that you are being welcomed in,” explained Pakula.

“It’s not about blackmail; it’s about making sure the Victorian community is protected.”

Novak Djokovic remains as the bookmakers’ favorite to win the 2022 Australian Open, but if the speculations prove to be true and the Serb doesn’t attend the tournament, we will see a significant shift in the betting markets. Still, it’s very easy to see how the odds would look like in a field without Djokovic.

Daniil Medvedev, who is currently priced as the second-favorite at +290, would take over as the man to beat in Australia. He will be closely followed by Alexander Zverev (+510) and Rafael Nadal in third (+950).

Although a possible scenario, there is still a world where Djokovic takes the vaccine and is eligible to participate. Despite his disagreement with the vaccination requirements, Djokovic would have to consider taking the vaccination sooner or later.

Missing the Australian Open would deny him from completing the Grand Slam, which slipped through his fingers in 2021. And while the Australian Open is currently the only tennis tournament that has the vaccination requirement, the French Open, Wimbledon, and the U.S. Open will likely have the same rules in place.

Posted: Tuesday, December 7, 2021 9:46, EST
We’re still quite a bit away from the opening Grand Slam of the 2022 season, and while we eagerly await for the new season to start, we have been introduced to some shocking news regarding the current no.1 player in the world. As revealed, Novak Djokovic might not participate at the Australian Grand Slam due to his stance on the Read More

Posted: Wednesday, December 1, 2021 10:27, EST
The 2022 Australian Open is still over a month away. Still, the betting odds are already available, making this a perfect time to check out who the bookmakers believe has the highest chance of winning and who the bookies think might struggle. Here is our early 2022 Australian Open Betting preview, where we check the offered ATP Betting Odds and Read More

ATP 2021 Nitto Finals Betting Update: The Final Round of the Group Stage

Posted: Friday, November 19, 2021 9:36, EST
MyBookie returns with free tennis betting previews and predictions for a pair of matches at the ATP 2021 Nitto Finals. Today we take a look at two bouts in Novak Djokovic vs Cameron Norrie and Andrey Rublev vs Casper Ruud, who will clash on Friday, November 19. So without further ado, here is our free tennis betting preview, with all Read More

Posted: Thursday, November 18, 2021 10:07, EST
The ATP 2021 Nitto Finals action continues on Thursday, November 18, with the third round of matches in Red Group. We have two exciting games on the schedule, including Aleksander Zverev vs Hubert Hurkacz and Daniil Medvedev vs Jannik Sinner, who will cross swords at 4 p.m. and 9 p.m. local time, respectively. Here is our ATP Nitto Finals betting Read More

Posted: Wednesday, November 17, 2021 10:50, EST
The ATP Nitto Finals 2021 enters its third day of action on Wednesday, November 17, with the second round of matches in Green Group. The first round produced a couple of great affairs and even an upset win of Andrey Rublev, who defeated the current no.4, Stefanos Tsitsipas, and we can be sure that round two will be just as Read More

ATP 2021 Nitto Finals Betting Update: Medvedev and Zverev Clash in the 2nd Round of ATP Finals

Posted: Monday, November 15, 2021 9:12, EST
The Nitto ATP Finals 2021 is finally here, slated for November 14-21 at Pala Alpitour in Turin, Italy. It will mark the first time in 12 years that Nitto ATP Finals will be held outside of London, but that doesn’t take away from the excitement the tournament brings. In this free tennis betting preview, we take a look at the Read More

Posted: Monday, November 8, 2021 8:53, EST
Mybookie brings you free tennis betting previews and predictions for ATP 2021 Stockholm Open, where we look at the main favorites to win the tournament and which outsiders might impress. Here is everything you need to know about the ATP 2021 Stockholm Open, with all the information you’ll ever need to place bets with the ATP Betting Odds. ATP Stockholm Read More

Posted: Monday, November 1, 2021 10:18, EDT
MyBookie brings you a free tennis betting preview for the 2021 Rolex Paris Masters, where we take a look at the main competitors, the favorites, and which underdogs can cause an upset. Here is everything you need to know about the upcoming Masters 1000 event, with all the information you’ll ever need to place bets with the ATP Betting Odds. Read More