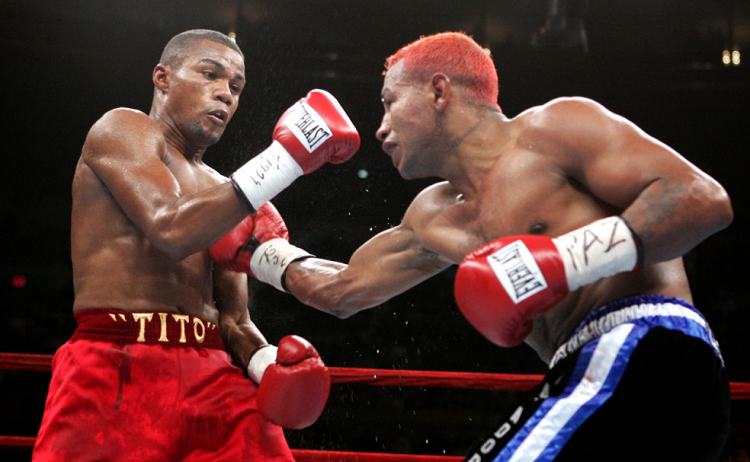 Boxing Betting News
If you happen to dislike the arrogant Floyd Mayweather like I do and you’re hoping (praying?) that the undefeated welterweight champion gets beaten by Manny Pacquiao in their mega-fight showdown on Saturday night, then you’re in luck! Thanks to this fun-filled mybookie.ag original boxing column, you’re going to get some insight into 10 great welterweights that would have defied the online sportsbetting odds and beaten Floyd Mayweather Jr. This fun-filled look at each of these great fighters and my analysis on what they would have done against Mayweather will both inform and entertain.With fight night quickly approaching, let’s get down to business.

The three-time welterweight champion fought well past his prime which is why you see 24 losses on Griffith’s career record, but make no mistake about it, Emile Griffith could probably beat any fighter on this list because of his special gift. You see, I genuinely believe that Emile Griffith was the strongest puncher on this list and that he could fell, not only Floyd Mayweather, but every other boxer on this list, with one well-placed punch. Griffith was also a cerebral fighter that I believe would have eventually caught Mayweather with one of those aforementioned well-placed ‘bombs’ that Griffith called a right hand.The man considered the greatest Mexican fighter of all-time didn’t fight at welterweight until late in his career, but he did have more than enough punching power, heart and skill to beat Floyd Mayweather, particularly when he was in his prime. Chavez got involved in several notable fights against gifted opponents like Oscar de La Hoya, Pernell Whitaker, Meldrick Taylor, Frankie Randall and Hector Camacho among others while winning world titles at super featherweight, lightweight and light welterweight.Chavez would have likely tried to turn a bout against Mayweather into a physical ‘street brawl’ and although Mayweather possesses incredible defensive skills, he doesn’t have very much punching power at all. I believe Julio Cesar Chavez – at some point – would catch Floyd Mayweather with a teeth-rattling shot before moving in for the kill. If Chavez and Mayweather fought 10 times, I suspect they’d split the bouts at five wins apiece.The best thing about this hypothetical bout though is that Chavez has gone on record to say that he likes Manny Pacquiao to beat Mayweather on Saturday night.“Pacquiao [will win by] knockout,” said Chavez, who attended the Fighter of the Decade’s Fan Rally event at the Mandalay Bay convention center Tuesday.I know Duran lost his share of fights and that Floyd Mayweather would have likely frustrated the former World Welterweight Champion (1980) much like Sugar Ray Leonard did in their now infamous ‘No Mas’ rematch in late 1980. However, I also believe Mr. ‘Manos de Piedra’ would have also been able to beat Mayweather like he did Leonard in their earlier fight that same year. The bottom line is that Mayweather would have never been able to knock Duran out, but at some point in some fight, Mayweather would have to be on the receiving end of a powerful Duran punch. I personally think ‘Money’ Mayweather wouldn’t have dealt with getting popped in the mouth very well.I wish I could have seen Felix Trinidad fight Floyd Mayweather, just so Mayweather could find out what it’s like to face a nearly identical version of himself – with far more punching power and heart as far as I’m concerned. Trinidad won world titles at welterweight, light middleweight and middleweight and would have likely beaten Floyd Mayweather to a pulp if the pair met in their respective primes.Those that know boxing know that Wilfred Benitez was one of the best welterweights to ever lace up a pair of boxing gloves. Once, the youngest three-time champion in boxing history, Benitez had fantastic defensive skills, but like every other boxer on this list, he had far more punching power and much better offensive skills than Floyd Mayweather.Did You Know?Did You Know that the legendary Sugar Ray Robinson once won an insane 91 consecutive fights?Man, I used to love watching Vernon Forrest pound the ‘shiznit’ out of his generally stunned opponents. The aptly-named ‘Viper’ used to strike so fast that many of Forrest’s opponents were out cold before they even realized it. 29 of Forrest’s’ 41 career wins came via KO and I believe he would have attacked Floyd Mayweather until he eventually caught up with the defensive wizard. Believe me, there’s no defense against a guy like Vernon Forrest – except a good offense.A Dangerous Duo!

I know for a fact that Floyd Mayweather wouldn’t want to ever get in the ring with Tommy ‘The Hit Man’ Hearns and I’m just guessing, but I suspect that no one wants to get in a ring with a guy named ‘Homicide’.Tommy Hearns was the first boxer to win world titles in both, four and five, different divisions. More importantly, for me, he was an absolutely fearless fighter that fought the best and brightest boxers of his era and unlike Mayweather – never once avoided a fight or fighter that he feared may potentially beat him.Hearns was the first boxer to ever knock out the equally-legendary Roberto Duran while beating Wilfred Benitez and fighting Sugar Ray Leonard to a draw in their second bout. Hearns also had legendary knockout power and I fully believe that if he can get to guys defensive geniuses like Benitez and Sugar Ray Leonard that he’d ultimately be able to get through Floyd Mayweather’s defenses. Again, I’d have loved to see Mayweather deal with getting hit by Tommy ‘The Hit Man’ Hearns.Henry Armstrong is the only boxer to hold three world titles at the same time, (featherweight, lightweight, welterweight, 1938) and defended his welterweight title a mind-boggling 19 times. Legendary boxing guru once ranked Armstrong as the second greatest fighter in history and I have no doubt that “Homicide’ would have made Mayweather another victim of his stunning 101 career knockouts.

I’m not going to get into how many world titles either famous ‘Sugar Ray’ won over the course of their storied careers, I’m simply going to list the reasons why Floyd Mayweather would have gotten his ass beaten by both legendary boxers.In the case of Sugar Ray Leonard, Floyd Mayweather would have been facing a virtually identical kind of defensive fighter, but one who was far more creative and a stronger puncher offensively. Not only that, but Sugar Ray Leonard had a way of winning over crowds and judges alike with his million dollar smile and often fun-filled ‘Muhammad Ali-like’ offensive tactics.I genuinely believe that a match between Leonard and Mayweather would have resulted in an entertaining affair – until Sugar Ray decided to get serious. Eventually, the cerebral Sugar Ray would have found a way to consistently get to Mayweather and either end the bout with a TKO or win it via unanimous decision.In the case of Sugar Ray Robinson, I feel a bit ashamed that I’m even writing the legend’s name next to Mayweather’s.Robinson recorded an incredible 108 of his career wins by way of knockout and once held a jaw-dropping 128-1-2 record as a professional.Robinson held the welterweight title from 1946-1951 and was way ahead of his time as a boxing tactician. Robinson was freakishly athletic, blazing fast, as intelligent as any fighter before or after and had punching power that rivaled any heavyweight in the world.Robinson also has to accomplish all of his greatness in an era when doing so – and life in general – was much, much harder for men of color, both in and out of the ring.I have absolutely, literally, no doubt that Sugar Ray Robinson would have given Floyd Mayweather the ass-kicking of his lifetime if the pair ever fought.
Older post
Newer post