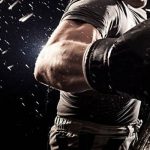 A couple of championship boxing matches happen over the weekend. On Saturday, Devin Haney puts his WBC World Lightweight title on the line versus Joseph Diaz Jr. Then on Sunday, Isaac Cruz challenges Gervonta Davis for Davis’ WBA Lightweight belt. We handicap and make picks for both championship bouts as well as a couple of intriguing non-title fight matches.

A couple of championship boxing matches happen over the weekend. On Saturday, Devin Haney puts his WBC World Lightweight title on the line versus Joseph Diaz Jr. Then on Sunday, Isaac Cruz challenges Gervonta Davis for Davis’ WBA Lightweight belt. We handicap and make picks for both championship bouts as well as a couple of intriguing non-title fight matches. Check out Boxing Odds on MyBookie, analysis, and predictions for this weekend top boxing matches.

Gervonta Davis and Devin Haney are in Action This Weekend

Arthur has a fantstic 19-0 record with 13 knockout victories. On Saturday, the undefeated fighter faces the toughest opponent of his career.

Last year, Arthur beat Yarde via split-decision. A power puncher, Yarde has 20 knockouts from 21 victories. Yarde returned to the ring this past August and blasted Alex Theran.

But although Yarde looks primed to turn the tables on Arthur, the odds don’t justify a wager. Lyndon did win the first fight. He can make it two in a row.

Why bet on Diaz Jr. to beat Haney?

With a 32-1-1 record, Joseph Diaz is the most accomplished boxer Devin Haney has ever faced. Diaz Jr. hasn’t lost a bout since 2018. The loss was to Gary Russell Jr. via unanimous decision.

Not only that, but Diaz heads into this after a victory. The challenger beat Javier Fortuna via unanimous decision in July.

Why bet on Haney to beat Diaz Jr.?

At 26-0, the champ looks like nothing will slow him down. Haney has beaten a couple of strong boxers in his last two title defenses.

If you like the champ, bet on Haney to win via another unanimous decision. His last three title defenses have ended in UDs.

There’s no reason to believe Haney knocks out a tough fighter like Diaz. But if you believe Diaz has a shot, you should go for it.

Diaz not only has a terrific chin, but he’s a stalker who cuts the ring off well. Not only that, but the challenger heads into this after a victory.

Haney fought Linares after the Venezuelan was well past his prime. He took on Gamboa after the tough Cuban boxer hadn’t fought in almost a year. Haney could go into the ring overconfident.

We think Diaz has a shot. We’re backing the challenger.

6’ 5” Sebastian Fundora fights in the super weltwerweight division, which means his 80” reach and height are always advantages.

Almost as important? Sebastian is a southpaw, moves well for how tall he is, and uses his jab to set up power punches. Garcia, like every fighter, will have trouble closing the distance against Fundora. -325 makes the favorite an overlay.

Why bet on Cruz to beat Davis?

22-1-1 Isaac Cruz hasn’t tasted defeat since 2016. The tough fighter from Mexico has a daynamite chin and heads into this off a very good unanimous victory against top contender Francisco Vargas.

Also, Cruz doesn’t always go for the knockout. He uses his boxing skills to win rounds, which could serve him well versus the powerful Davis.

Why bet on Davis to beat Cruz

Gervonta Davis hits like a heavyweight. The champ is 24-0 with 25 knockout victories.

The knockouts are legit. Davis has KO wins against some of the best boxers in the world, including the very good Leo Santa Cruz. Davis knocked out Mario Barrios after moving up in weight and facing the then 26-0 champion.

At this point in his career, Davis looks unbeatable. But although Gervonta should win, and let’s be honest, probably will, we’re taking a shot on Cruz.

Cruz has excellent defense, and like most brawlers from Mexico, Cruz knows how to fight inside. Davis is awesome. He has heavyweight power. But Cruz has an iron chin and hits hard.

If Isaac goes to the body early and closes the distance to prevent Gervonta from getting his power shots off, the challenger can pull off the upset win.

Posted: Sunday, December 5, 2021 2:16, EST
A couple of championship boxing matches happen over the weekend. On Saturday, Devin Haney puts his WBC World Lightweight title on the line versus Joseph Diaz Jr. Then on Sunday, Isaac Cruz challenges Gervonta Davis for Davis’ WBA Lightweight belt. We handicap and make picks for both championship bouts as well as a couple of intriguing non-title fight matches. Check Read More

Posted: Tuesday, November 30, 2021 10:28, EST
A date and location for the Iron Mike versus Logan fight has yet to be announced. Although most believe the fight will happen, there are specifics to hash out such as whether the participants will allow a knockout, how many rounds for the fight, and if judges will score the bout. But although that’s true, boxing fans and analysts feel Read More

Top Boxing Matches to Bet On: Lopez Takes on Kambosos

Posted: Wednesday, November 24, 2021 5:28, EST
In about three weeks, Jake Paul will throw down against Tommy Fury in the first fight where Paul won’t go off the favorite. So far, the younger of the Paul brothers has had an exciting, albeit strange, career. Paul is 4-0 after 4 bouts. In this blog, we take a look at each fight and discuss what Paul did well Read More

Posted: Tuesday, November 23, 2021 4:34, EST
Rumors continue to swirl that Iron Mike Tyson will throw down against YouTuber Logan Paul. Both men have said they’d agree to a fight. After Logan’s impressive performance versus Money Mayweather, and Tyson’s willingness to get back into the ring, it’s only a matter of time before details emerge regarding the early 2022 fight. Check out an update on fight Read More

Top Boxing Matches to Bet On: Crawford Takes on Porter

Posted: Saturday, November 20, 2021 1:30, EST
One of the most anticipated boxing matches of the year takes place on Saturday when top five pound-for-pound fighter Terence Crawford takes on top contender Shawn Porter. Can Porter pull off the huge upset win? Or will Crawford show why most boxing enthusiasts consider him one of the best in the world? Check out more info and a free pick Read More

Posted: Wednesday, November 17, 2021 6:05, EST
Jake Paul turned down a rematch with Tyrone Woodley. Instead, Jake will fight Tommy Fury, Tyson’s younger brother, on Saturday, Dec. 18, in what many are hailing as a big time boxing match between a couple of up and coming fighters. Both Jake Paul and Tommy Fury are undefeated. Early odds show Fury a slight favorite. Read more about the Read More

Posted: Tuesday, November 16, 2021 3:55, EST
The rumors of a Mike Tyson versus Logan Paul fight are close to deafening. But would Iron Mike really step into the ring versus Logan Paul? What advantages would Paul, who hung with Floyd Mayweather Jr. in a celebrity boxing match earlier this summer, have versus Mike Tyson, one of the hardest hitting heavyweights in history? Check out the edge Read More

Posted: Friday, November 12, 2021 1:45, EST
One of the world’s most popular boxers, David Benavidez steps into the ring to take on tough Keyonte Davis on Saturday in the weekend’s most interesting match. Before Davis battles Benavidez, a couple of title fights happen earlier in the day in England. Kid Galahad goes against Kiko Martinez and Alicia Baumgardner takes on Terri Harper. Keep reading for Boxing Read More