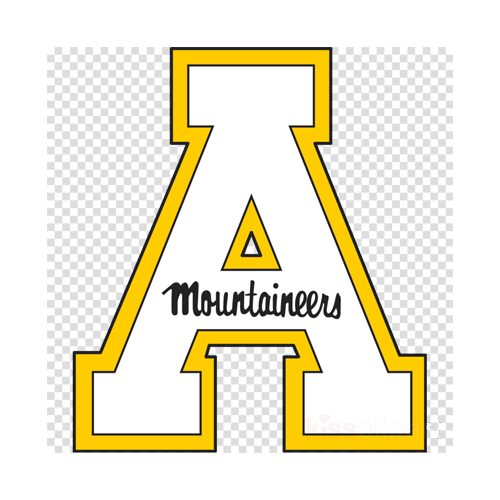 We have college football action on Tuesday this week and it’s a terrific game and potential Sun Belt Conference title matchup preview as Appalachian State visits Louisiana. The schools met in the Sun Belt title game in 2018 & ’19 and App State won both. The Mountaineers are favored on the NCAAF odds Tuesday.

App State won the first eight meetings in its series against Louisiana, including both Sun Belt title games in Boone and the last showdown between the two schools at Cajun Field — a 17-7 victory by the Mountaineers in 2019. However, the Ragin’ Cajuns won last year 24-21.

Why Bet on Appalachian State?

The Mountaineers (4-1) last played on Oct. 2 at Georgia State and won 45-16. Chase Brice threw three touchdown passes while completing 20 passes for 326 yards. Corey Sutton’s four catches for 106 yards included a 79-yard score for App State moments after the Panthers pulled within 14-9 midway through the third quarter, starting a run of 31 straight points in roughly 12 minutes to increase the margin to 45-9, with three field goals accounting for all of Georgia State’s scoring to that point.

It was Sutton’s 20th career TD catch, which leads active Sun Belt players since 2018 and makes him one of five receivers in school history with 20 or more. Nate Noel rushed for 74 yards and a touchdown – all in the first half before he left with an injury. He entered the game as the Sun Belt’s leading rusher at 109.3 yards per game. The first-quarter 23-yard score was his first of the season.

Noel averages 102.2 rushing yards and 6.4 yards per carry, and Camerun Peoples averages 88.3 yards and 5.3 per carry. Peoples missed the last game with an injury.  UL has held opponents to fewer than 25 points in its last four games, but it also ranks 92nd in total defense with 410.8 yards allowed per game, including 174.8 yards rushing.

It was App State’s 50th win versus a Sun Belt team since joining the league in 2014. The only programs in the country with more intraconference wins in that span are Ohio State, Alabama, Clemson and Oklahoma.  It was also App State’s 29th road win since moving up to the FBS ranks in 2014. That’s tied with Clemson, Ohio State and Oklahoma for second-most nationally behind Boise State’s 30 during that span.

The Mountaineers have 15 sacks and 23 quarterback hurries through five games this season, with do-everything linebacker D’Marco Jackson ranking among the national leaders in tackles per game (third, 10.8), tackles for loss per game (tied for first, 2.0) and sacks (25th, 0.8).

Why Bet on Louisiana?

Louisiana (4-1) won 20-18 at South Alabama on Oct. 2 as the Jaguars missed a 37-yard field goal in the final seconds. In addition to the late miss, the Ragin’ Cajuns were aided by a blocked PAT by Kendall Wilkerson and another missed PAT from Jags’ kicker. Louisiana rushed for 225 yards, its second-most this season.

Running back Emani Bailey led the charge with seven carries for 81 yards and a touchdown, his second of the season. Quarterback Levi Lewis got it done on the ground as well, recording a team-high 10 carries for 61 yards and his first rushing score of the year. Lewis also completed nine passes for 49 yards. Lewis needs four passing touchdowns to set the program record for career passing scores. The current record of 64 is held by Ragin’ Cajun legend Jake Delhomme.

Lewis is 26-7 as the starting quarterback in his career. Lewis has thrown for at least 200 yards in four out of the team’s five games and is now 12-3 in his career when eclipsing the 200-yard marking through the air. Louisiana is 18-1 when Lewis throws two or more touchdowns in a game

Louisiana has won 25 of its last 29 games. It owns a 21-7 record against Sun Belt opposition under Coach Billy Napier, including a 13-0 mark against Sun Belt West opposition. The Ragin’ Cajuns have been phenomenal at home since the 2018 season, owning a 14-3 record.

Louisiana is 32-5 under Napier when scoring more than 20 points. The Ragin’ Cajuns own a 12-3 record in one-possession games since the start of the 2018 season.

Posted: Tuesday, October 12, 2021 9:20, EDT
We have college football action on Tuesday this week and it’s a terrific game and potential Sun Belt Conference title matchup preview as Appalachian State visits Louisiana. The schools met in the Sun Belt title game in 2018 & ’19 and App State won both. The Mountaineers are favored on the NCAAF odds Tuesday. How to Bet Appalachian State at Read More

Posted: Friday, December 18, 2020 8:53, EST
The first bowl game of this very unusual college football season – assuming the bowl game isn’t canceled as many others have been – features Appalachian State against North Texas on Monday in the Myrtle Beach Bowl from South Carolina. How to Bet Appalachian State vs. North Texas NCAA Football Odds & TV Info When: Monday, 2:30 PM ET Where: Read More

Posted: Wednesday, December 2, 2020 10:18, EST
It’s the regular-season finale on Friday night for Sun Belt Conference West Division champion and No. 21 Louisiana when it visits East Division foe Appalachian State. The game is big enough that ESPN has picked it up, elevating it from ESPN2 and changing the start time. How to Bet Louisiana at Appalachian State NCAA Football Odds & TV Info When: Read More

Posted: Friday, December 20, 2019 4:16, EST
When it comes to bettors, they tend to fall into a few different categories when college football bowl season comes around. There are some who see these games as nothing more than a crapshoot, choosing to avoid them altogether, while other wait for the playoffs before the wagering begins. Then there are those who love to get in on the Read More

Posted: Wednesday, December 4, 2019 2:59, EST
For the longest time, there was a demand for the NCAA to implement a playoff in college football to help clear up some of the controversy that came with picking the two teams to be in the National Championship.  The playoffs have proven to be a success, but the controversy is not really gone. There are a growing number of Read More

Posted: Wednesday, November 27, 2019 7:44, EST
With a chance to make history and a big-time bowl game bid riding on the line if they can finish with one loss, 22nd-ranked Appalachian State has a lot to play for when they hit the road to take on Troy in their Week 14  Sun Belt Conference matchup. While Troy is facing an uphill battle to get the outright Read More

Posted: Thursday, November 7, 2019 10:12, EST
Appalachian State has fallen out of the new Top 25 after an upset loss last week as the Mountaineers go out of conference this Saturday with a trip to SEC foe South Carolina. The Gamecocks are favored in the Mybookie NCAAF odds. How to Bet Appalachian State vs South Carolina College Football Week 11 Odds & Game Info When: Saturday, Read More

Posted: Wednesday, October 30, 2019 1:14, EDT
20th-ranked Appalachian State will look to remain unbeaten when they host Georgia Southern in their Week 10 Sun Belt Conference clash on Saturday. While the Mountaineers are statistically better than their conference counterparts in this matchup, let’s find out right now whether Appalachian State can cover the spread as two-touchdown plus home favorites or whether the Eagles are the pick Read More