#8 Alabama vs #21 Mississippi State Odds & Pick, and 2 Great Matches to Bet On 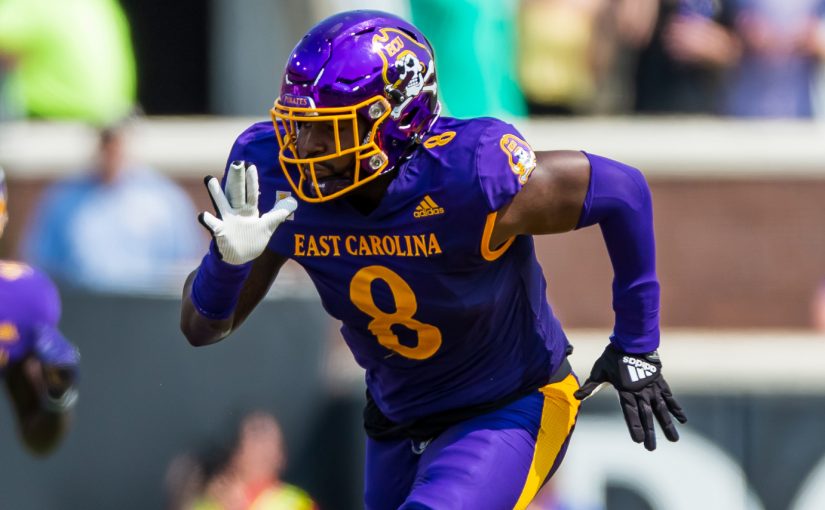 Boston College survived play in the ACC, getting their record to 6-6 and into a bowl game for the first time in the Jeff Hafley era. BC made the Military Bowl primarily due to their 4-0 start to the season, as the Eagles limped to a 2-6 finish.

East Carolina snapped a six-year bowl drought with their 7-5 regular season. Unlike Boston College, the Pirates finished strong with wins in four of their last five games – the only loss coming to undefeated Cincinnati (35-13), who is in the College Football Playoff.

Something to Build on for BC

Hafley has steered the Eagles to a bowl berth in his second year with the program, with the chance to finish the season on a high note after suffering some doldrums over the past couple of months. Boston College breezed through their non-conference schedule to a 4-0 start but hit a wall once ACC play got underway.

BC lost six of their final eight games this season, mainly because their offense went in the tank, being held to 17 points or less six times over the last eight weeks. East Carolina can throw the football, so Eagles QB Phil Jurkovec needs a better showing than 3-for-11 for 19 yards with one TD and two INT like he had in the 41-10 loss to Wake Forest in the regular season finale.

Jurkovec has battled injuries for a large part of the year, so maybe having a month off before the Military Bowl will help the junior quarterback.

Pirates quarterback Holton Ahlers has already announced that he’ll return for his fifth year with the program in the 2022 season, so the Military Bowl isn’t a swan song but a look towards the future for East Carolina. That has to bring some optimism following a 7-5 season that included the nation’s 23rd best passing attack that averaged 271.0 yards per game this season.

Unfortunately for East Carolina, their passing offense works right into the strength of the Boston College defense, which ranked fourth in the country, allowing just 173.5 YPG through the air. Even so, Ahlers is an elite talent whose 3,129 passing yards were the 23rd most in the country. Ahlers is experienced too, with the Military Bowl being the 43rd game he’s appeared in.

One would think Boston College is more battle-tested playing in the ACC, but East Carolina has also had some tough challenges in the American Athletic Conference. They didn’t put up much of a fight against #4 Cincinnati but went to OT in a loss at #20 Houston and only fell 20-16 at UCF, who is playing Florida in the Gasparilla Bowl.

Ultimately, the Pirates offense is better than Boston College’s, which struggles to reach 20 points. The Eagles’ offense may get some in this spot against an East Carolina defense that gives up 26.3 PPG, but it won’t be enough.

Posted: Friday, December 24, 2021 8:43, EST
Boston College survived play in the ACC, getting their record to 6-6 and into a bowl game for the first time in the Jeff Hafley era. BC made the Military Bowl primarily due to their 4-0 start to the season, as the Eagles limped to a 2-6 finish. East Carolina snapped a six-year bowl drought with their 7-5 regular season. … click title for full article.

Posted: Thursday, November 25, 2021 10:25, EST
Unbeaten Cincinnati rose to No. 4 in the new College Football Playoff Top 25, meaning the Bearcats could become the first Group of 5 school to play in the national semifinals. They visit a dangerous East Carolina team on Friday with UC a two-TD favorite on the NCAAF odds. How to Bet Cincinnati at East Carolina NCAA Football Odds & … click title for full article.

Posted: Thursday, November 12, 2020 8:27, EST
Three college football games around the country on Friday night and by far the best team in action is No. 7 Cincinnati, which could crash the College Football Playoff, as the Bearcats host East Carolina in AAC action. UC is a big favorite on the NCAAF odds. How to Bet East Carolina at Cincinnati NCAA Football Odds & TV Info … click title for full article.

Posted: Wednesday, November 6, 2019 8:03, EST
No. 23 SMU will not have an unbeaten season, but even off a loss the Mustangs still are very much in contention to reach the AAC Championship Game. They shouldn’t have much trouble this week as a more than three-TD NCAA football betting favorite at Mybookie over East Carolina. How to Bet East Carolina at SMU NCAA Football Odds & … click title for full article.

Posted: Friday, November 1, 2019 4:17, EDT
Those of you who like to wager on the top teams every week are in for a bit of a shock this Saturday, as a lot of the teams in the college football playoff hunt will be on their bye week. While you might see the idea of playing some of the smaller teams as a bit of a challenge, … click title for full article.

Posted: Thursday, October 18, 2018 4:09, EDT
Before the days of the college football playoff system, the debates would constantly rage about which two teams were the most deserving of a spot in the National Championship. The arrival of the playoffs has cooled that talk somewhat, but there are still some folks who are not too happy about the current set-up. As it stands right now, it … click title for full article.

Posted: Wednesday, September 27, 2017 10:22, EDT
East Carolina has one of the worst defenses in college football this season, and No. 18 South Florida has one of the country’s most explosive offenses. Saturday’s game, with the Bulls as big NCAAF betting favorites, shouldn’t be all that close if USF doesn’t overlook the Pirates. USF tops the betting odds at -24 over ECU. USF at East Carolina … click title for full article.

Posted: Wednesday, September 6, 2017 10:54, EDT
Both East Carolina and now-unranked West Virginia lost their season openers, although they did it in very different fashion. The Mountaineers are heavy favorites in their home opener to get one in the win column Saturday vs. ECU. But can ECU turn things around in the NCAAF odds? It’s unlikely in this matchup. East Carolina at West Virginia NCAAF Odds … click title for full article.