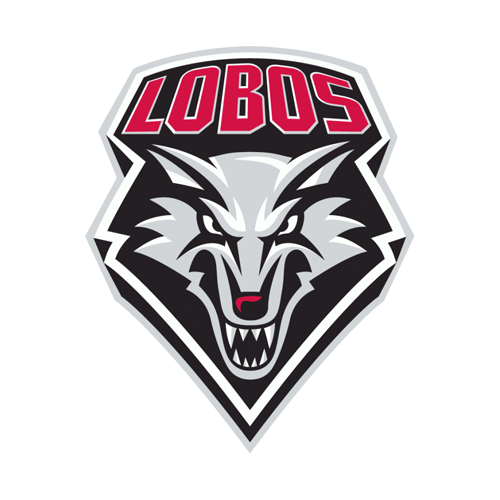 While the race for the 4 playoff spots available in college football is always exciting, there is a little bit of predictability that comes into play. It seems as though the SEC is always going to be given the benefit of the doubt by the playoff committee, which often means that they have two teams representing the conference in the postseason. It is also clear that anyone outside of the Power 5 Conferences is going to have a tough time breaking into the top group. That is bad news for the Group of Five Conferences, with the likes of UCF and Boise State reduced to playing for a spot in one of the New Year’s Six Bowl Games.

It’s not a bad consolation, but it’s certainly not as big as playing for a National Championship. The Boise State Broncos are having another big year and look to be well on their way to another Mountain West Conference Championship Game. They will try to lock that down when they host the New Mexico Lobos on Saturday night. The Broncos are in as a 27 ½ point favorite, with the point total set at 59.

Why bet on the New Mexico Lobos?

The New Mexico Lobos come into this game knowing that they have a monumental task on their hands, not just to try and win it, but to simply keep the score respectable. They are just 2-7 on the season and are on a losing skid that has seen them lose 6 in a row, which includes all 5 games that they have had against conference foes. It actually gets a whole lot worse in that category, as they have now lost 12 straight games versus tea, in the Mountain West.

It’s not even as if this team has been particularly competitive, as their 2-10 record against the spread in their last 12 games tells you that they have not. That said, they have covered in 6 of their last 8 versus Boise State, so perhaps a glimmer of hope there.

Why bet on the Boise State Broncos?

Any talk about the Broncos having a say in the playoff race was ended a few weeks ago with a loss to BYU, their only defeat of the season to this point. The focus now is solely on winning the division and once again taking a trip to the Mountain West Conference Championship Game. The Broncos are certainly in the driver’s seat there, going unbeaten in conference games this season at 5-0.

They are also a perfect 4-0 at home this season and have dominated this matchup in recent years, going 9-1 SU in their last 10 games versus New Mexico. The average margin of victory in those games was 19 PPG, so perhaps the point spread is a little too high. 4 of the last 6 meetings between these two have ended with the point total going UNDER.

As far as wagering on this one goes, I think the UNDER seems like a good bet, as I don’t see New Mexico delivering too much on the offensive side of the football. I also like Boise State to win and cover.

Posted: Friday, November 15, 2019 2:41, EST
While the race for the 4 playoff spots available in college football is always exciting, there is a little bit of predictability that comes into play. It seems as though the SEC is always going to be given the benefit of the doubt by the playoff committee, which often means that they have two teams representing the conference in the Read More

Posted: Tuesday, September 4, 2018 1:22, EDT
For teams playing in the Power 5 conferences, there can be a very thin line between getting in and missing out. Your win-loss record, as well as a Conference Championship win, are taken into consideration, but the strength of schedule is also incredibly important. Last season was a perfect example of that, as the Alabama Crimson Tide found their way Read More

Posted: Tuesday, December 12, 2017 5:31, EST
The Colorado State Rams and Marshall Thundering Herd will both be looking to close out their respective 2017 seasons with a victory when they battle in the 2017 Gildan New Mexico Bowl on Saturday, November 16th. The two identical seven-win opponents will throw down off at New Mexico’s University Stadium at 4:30 PM ET with this matchup airing live on Read More

Posted: Tuesday, November 21, 2017 2:24, EST
If you can’t wait to get your 2017 Gildan New Mexico bets in, then you have come to the right place. MyBookie.ag will have live betting odds available for every 2017 Bowl game as soon as the matchups are released. 🔮🎳#GNMB2017 pic.twitter.com/hzcgof9CRi — GildanNewMexicoBowl (@GildanNMbowl) 1 de noviembre de 2017 2017 Gildan New Mexico Bowl Betting Preview In last year’s Read More

Posted: Wednesday, December 14, 2016 2:11, EST
You can spend the next couple of weeks worrying about Christmas shopping and wrapping presents, or you choose to chill out and watch the 40 bowl games that will be coming your way prior to the New Year. As is the case every year, there are some games that are better than others, but just being able to watch college Read More

Posted: Wednesday, October 5, 2016 8:39, EDT
No Group of 5 team has come close to crashing the College Football Playoff yet. That could change this season if No. 19 Boise State runs the table, although it would have to hope Houston and some other powerhouses lose once. The Broncos should have little trouble as a big betting favorite on college football lines Friday night in Mountain West play at Read More

Posted: Saturday, December 12, 2015 8:15, EST
The favored Arizona Wildcats will look to take down the underdog New Mexico Lobos when the two teams square off in their 2015 New Mexico Bowl NCAAF lines game matchup on Saturday, Dec. 19 at University Stadium. However, with the Wildcats struggling mightily down the stretch and New Mexico playing its best football of the season, covering the spread as a Read More

NCAAF Betting: Utah State Gets the Edge Against UTEP in 2014 New Mexico Bowl

Posted: Wednesday, December 17, 2014 4:29, EST
One of the best reasons to watch the first few games that come around during bowl season is so that you can get a look at teams that you probably didn’t see play all year long. Let’s face it, Conference USA and other smaller conferences simply don’t get any sort of play on TV, and eve when they do, it’s Read More

Sports in the State of New Mexico