Pair of Pac-12 Matchups in The Spotlight! – NCAAB Betting

How do you follow up the most successful season in school history? That is the question that the Baylor Bears will be looking to answer after going 12-2, winning the Big 12 Championship, and also winning a big New Year’s Day bowl game. Matching that is going to be incredibly difficult, but the Baylor Bears do have a ton of starters returning to the fold this season, so while they might not reach the giddy heights of last season, they definitely still have a shot at getting back to the Big 12 Conference Championship Game. 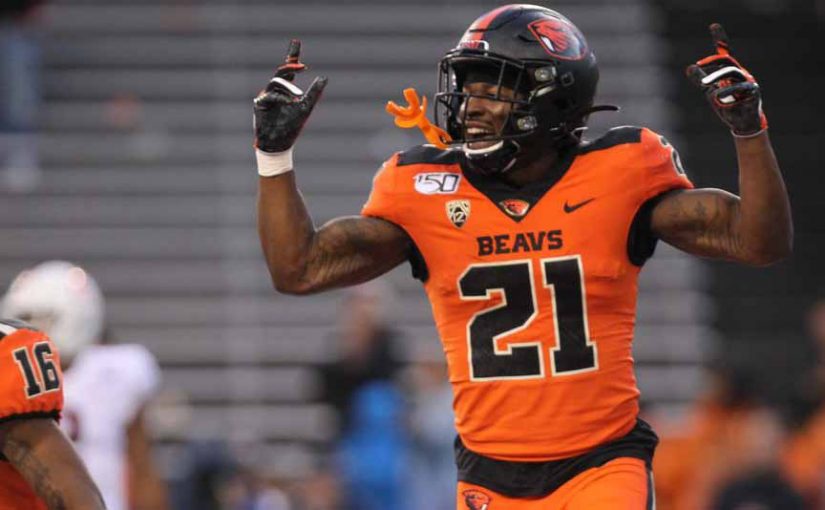 It’s one of the most important Civil War games in the history of the Oregon State–Oregon college football rivalry as a spot in the Pac-12 Championship is at stake for the winner (OSU also needs a bit of help) Saturday. The Ducks are TD favorites on the NCAAF college football odds.

Why Bet on Oregon State?

Oregon State upset Arizona State 24-10 last week. Oregon State rushed for 235 yards, led by B.J. Baylor with 150 yards on the ground. Jack Colletto ran for 57 yards, including a 47-yard touchdown. Chance Nolan completed eight of his 12 passes and accounted for a pair of touchdowns – one on the ground and one through the air.

Baylor moved to 18th in Oregon State history with 1,580 career yards on the ground. It marked Baylor’s sixth 100+ yard rushing game of the season. Baylor is third in the Pac-12 and is tied for 23rd nationally with 12 rushing touchdowns.

Everett Hayes knocked through a 52-yard first quarter field goal, his second 50+ yard make of the season. Hayes is the first Beaver kicker with multiple makes of 50 or more yards in a season since Alexis Serna accomplished the feat in 2007. The Beavers finished the 2021 home season with a 6-0 record for just the second time in school history, joining OSU’s 2000 team.

The Oregon State defense has combined to limit Stanford and Arizona State to 496 yards of total offense over the last two games. The defense held Stanford to 230 yards and Arizona State to 266. Those are the two lowest total offensive outputs by Pac-12 teams against the Beavers during head coach Jonathan Smith’s tenure at Oregon State. The OSU defense has also forced the Cardinal and Sun Devils to commit four turnovers over the two games, three via interception.

Oregon State linebacker Avery Roberts continues his Pac-12 leading season with 115 tackles, which is sixth in the nation. Roberts is the only Pac-12 player averaging better than nine tackles per game. He is one of just eight nationally averaging 10 or more per game.

Why Bet on Oregon?

It’s pretty simple for the Ducks: They win the Pac-12 North with a victory. That way, they’d get Pac-12 title game rematch of last week’s 38-7 loss at Utah that ended the Ducks’ College Football Playoff hopes.

After rushing for at least 250 yards in each of the previous three games, Oregon managed just 63 against the Utes on Saturday. The UO defense struggled to get off the field, allowing Utah to convert 11-of-14 third-down chances, while the Ducks’ own offense was 6-of-14 on third down and was flagged for some untimely penalties that spoiled drives. Oregon also was unable to convert two field-goal attempts, one of which was blocked, and the Ducks allowed a punt return for a touchdown on the final play of the first half, putting them in a 28-0 hole.

Travis Dye, who came into the night leading the Pac-12 in yards from scrimmage, was held to 29 yards on six rushes, and a single reception for six yards. Dye needs 63 more rushing yards to reach 1,000 in a season for the first time in his career.

“Obviously a disappointing night for us, in many ways,” UO coach Mario Cristobal said. “… There’s a lot to play for; a lot of our goals are still ahead of us, and we’ve got to get ready for them quickly by going back to work. Because they ain’t going to fix themselves.”

A win here would send Oregon to a third straight Pac-12 Championship Game and secure the 12th 10-win season in program history, and second under Cristobal. It would give UO a perfect 7-0 record at home, its third straight undefeated home season and seventh since 2000.

Posted: Thursday, November 25, 2021 10:29, EST
It’s one of the most important Civil War games in the history of the Oregon State–Oregon college football rivalry as a spot in the Pac-12 Championship is at stake for the winner (OSU also needs a bit of help) Saturday. The Ducks are TD favorites on the NCAAF college football odds. How to Bet Oregon State at Oregon NCAA Football Read More

Posted: Tuesday, December 15, 2020 8:52, EST
The Pac-12 Championship Game was to feature Washington at No. 15 USC on Friday night, but due to COVID-19 issues on the Huskies they pulled out Monday and will be replaced by Oregon. The Trojans opened as short favorites on the NCAAF odds. How to Bet Oregon at USC NCAA Football Odds & TV Info When: Friday, 8 PM ET Read More

Posted: Friday, November 13, 2020 8:24, EST
No. 11 Oregon looks to be the team to beat in the early going of the Pac-12, and while the Ducks are solid favorites on the NCAAF odds for Saturday’s game at Washington State, the Cougars tend to give Oregon trouble every year. How to Bet Oregon at Washington State NCAA Football Odds & TV Info When: Saturday, 7 PM Read More

Posted: Thursday, November 28, 2019 7:45, EST
No matter what happens Saturday in the Civil War, No. 14 Oregon will play in the Pac-12 title game. It’s a big game for Oregon State, however, as the Beavers would qualify for their first bowl game in years with a huge upset. Oregon is nearly a three-TD favorite on the Mybookie NCAAF odds. How to Bet Oregon State vs Read More

Posted: Thursday, October 10, 2019 3:54, EDT
The 15th-ranked Utah Utes will be looking to pick up a big road win in Week 7 to keep their New Year’s Day bowl hopes alive when they hit the road to take on an Oregon State Beavers team that will also be looking to record consecutive victories when the two Pac-12 rivals meet on Saturday. Now, let’s find out Read More

Posted: Tuesday, October 24, 2017 1:25, EDT
There are a lot of questions around NCAAF Week 9. For example, Will reeling Oregon State put up a fight against streaking No. 20 Stanford when they meet in their Week 9 Pac-12 pairing? Can struggling Wake Forest get back on track against Lamar Jackson and the explosive Louisville Cardinals when they host their ACC rivals on Saturday? Last but Read More

Posted: Saturday, October 10, 2015 12:46, EDT
The Oregon State Beavers (2-2) will be up against the Arizona Wildcats (3-2) in Saturday’s college football odds, as each team tries to claim the win in this Pac-12 game. The Beavers will be burrowing for their first road victory of the season, a win that would take them above the .500 mark. On their side, the Wildcats will be Read More

Sports in the State of Oregon