NCAA Football Betting News
Say all you want about the SEC East being wide open and the SEC West being hellishly tough, but the undeniable NCAAF betting reality is that the SEC, over the recent years, has its perennial owners and teams like Arkansas, Ole Miss or even Mississippi State often have to play second fiddle to the likes of Alabama, Auburn and LSU.

Partly, the dominance is attributed to having great coaches, but in main, it comes down to the ability of top schools (like Georgia and Bama) to attract and retain talent in their respective programs, making it difficult for the rest of the competitors to catch up. So even with all the talks about shifts in the SEC, the usually strong teams should remain generally strong and good, with the average teams and bottom-feeders also maintaining their positions, give or take a few changes and surprises.With that, here are the teams that should shine most and successfully dominate the 2015 SEC college football odds:

Yes, Jacob Coker (even with his talent) is no Blake Sims, so there should be some drop in production at the Crimson Tide QB, but that should not be a big deal, as Bama has a strong offensive backfield, led by Derrick Henry, so scoring enough points will still be possible in 2015. Coach Nick Saban, a proven defensive guru, also returns with solid defense starters, while the team had a solid recruiting class in 2015, which should be able to pick up the slack in the absence of departed starters from 2014.

If the trend in the Iron Bowl over the last three years is to stay true, where the win has gone to the home team, then the Tigers will be winning this year’s clash against Alabama at the end of the regular season. It is yet to be seen if the presence of new defensive coordinator Will Muschamp will help fix the glaring issues from the leaky 2014 Auburn defense, but based on his proven track record, the Muschamp-led Tigers D-line should do better than last year’s unit. Offensively, Auburn returns with solid starters from their dynamic attack in 2014, and the team has also added a couple of pieces with decent upsides, presenting a strong case for the Tigers to become the most explosive offensive unit in the conference.

Mark Richt’s and his Dawgs could have performed highly in 2014, but they bit themselves in the foot, stopping their run and allowing the Tigers to stroll past them in the East. In 2015, the Bulldogs will have a very good chance to take the East title, as Missouri is expected to take some step back due to key talent losses. Also, even with their less-than-ideal QB situation, the team has a workhorse in Nick Chubb, arguably the best RB in the conference. But if Georgia cannot take advantage of the softened competition, another near-title performance will be repeated at the end of the season, especially because the Bulldogs have to pass through Auburn and Alabama.• Predicted Teams to reach 2015 SEC Champion Game: Auburn and Georgia• Predicted Winner of the SEC Championship Game: Auburn

Best of the Rest 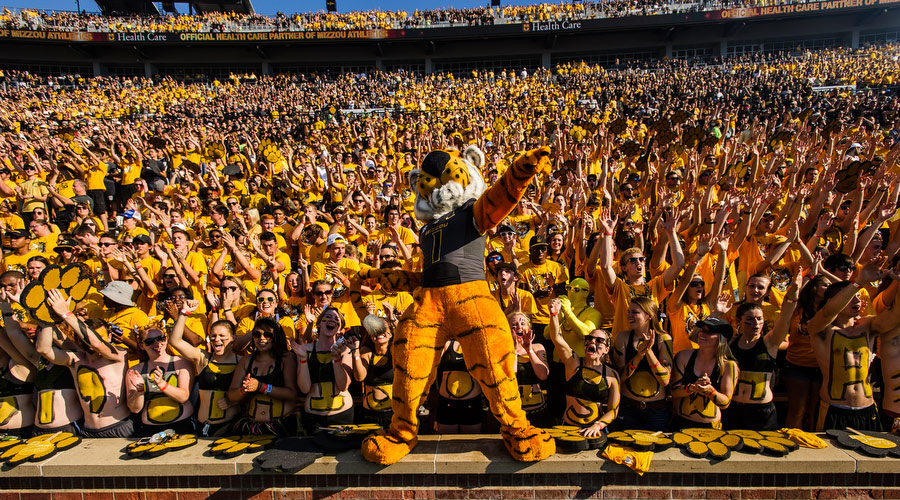 Despite suffering major losses (missing over 20 players from last year’s roster) in their unit, the Tigers cannot be discounted from solid competition, as they have won back-to-back SEC East titles and are returning with a very smart coach to lead them through the adversities expected this year.

The return of WR LaQuon Treadwell, following his gruesome leg injury in the heartbreaking loss to Auburn last year, is a big reason for the Rebels to be happy about their offense. Meanwhile, the pass-blocking and run-stuffing Ole Miss defense from 2014 is still pretty much intact, led by the nation’s best defensive player, Robert Nkemdiche. The only problem is that the imbalanced nature of the team will still make it difficult for the Rebels to win it all.

With Dak Prescott returning as the starter, the Bulldogs should still have a good offensive output, but with a shaky D-line, the team will be hard pressed to repeat the success from last year or even do better in the SEC.
Older post
Newer post