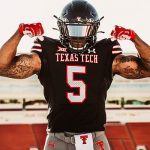 Trying to predict how the final four will look in college football is proving to be a bit of a nightmare. We are consistently seeing the top teams fall week after week, with the Iowa Hawkeyes the latest to go down this past weekend. It is the Georgia Bulldogs who are currently setting the standard, but they will be sitting Week 8 out, as it is their bye week. The Cincinnati Bearcats will look to extend their winning ways when they hit the road to take on the South Florida Bulls in their Week 12 AAC matchup on Saturday. With Cincy on fire and South Florida looking for the win after dropping two of their last three games, let’s find out which team is offering the best value against their college football lines in this one!

Why Bet On Cincinnati?

There are a lot of good reasons to back the Bearcats in this Week 12 matchup. Cincinnati has won seven straight games including an emphatic 48-3 smackdown of Connecticut on Saturday. The Bearcats have gone an impressive 5-2 ATS over their last seven and Cincinnati is the better statistical team on both sides of the ball in this contest. Last but not least, South Florida has struggled at home in going 2-3 SU through five home dates so far this season.

Why Bet On South Florida?

The best reason to back the Bulls is that they’re getting two touchdowns as home underdogs. Unfortunately, South Florida has dropped two of three including a humbling 17-7 loss against temple last weekend as a 1-point home favorite no less. The good news is that South Florida has gone a perfect  4-0 ATS in their last 4 games following a straight up loss while also going 6-2-1 ATS in their last 9 games after scoring less than 20 points in their previous game. The bad news is that the Bulls have been limited to seven points or less in each of their last two losses.

Cincinnati ranks 46th in scoring (32.7 ppg) and 31st in points allowed (21.0 ppg) while South Florida ranks 99th in scoring (24.0 ppg) and 64th in points allowed (27.1 ppg). While the home team in this rivalry has gone 5-2 ATS in their last 7 meetings and Cincinnati has gone a winless 0-4 ATS in their last 4 meetings, I say go along with the approximately 72 percent of public bettors that like the Bearcats to win and cover the chalk as two-touchdown road favorites in this one. Cincinnati has some big-time bowl game hopes coming into this matchup and this just looks like a game the Bearcats should win handily.

Posted: Wednesday, November 13, 2019 8:28, EST
The Cincinnati Bearcats will look to extend their winning ways when they hit the road to take on the South Florida Bulls in their Week 12 AAC matchup on Saturday. With Cincy on fire and South Florida looking for the win after dropping two of their last three games, let’s find out which team is offering the best value against Read More

Posted: Friday, November 2, 2018 11:16, EDT
South Florida has lost its chance at a perfect season and is out of the rankings, but the Bulls still have a shot to win the AAC East Division. Not if they are upset at home by Tulane on Saturday, though. The Bulls are NCAAF Betting underdogs but at a surprisingly low number.   How to Bet Tulane vs South Read More

Can Temple Defy South Florida in the NCAAF Betting Odds in Week 4?

Posted: Tuesday, September 19, 2017 12:03, EDT
Now under the direction of first-year head coach Geoff Collins, the rebuilding Temple Owls will try to defy the NCAAF Betting Odds for Week 4 against the 17th-ranked South Florida Bulls, and their own first-year head coach Charlie Strong. If you’re looking to find out which one of these big-time bowl game hopefuls is offering the best value for their Read More

Posted: Wednesday, September 6, 2017 8:45, EDT
No. 19 South Florida will look to remain unbeaten in their third game this season when they hit the road to take on an UConn Huskies team that struggled mightily in its regular season opener this past weekend. The Bulls and Huskies meet on Saturday 12:00 PM ET at UConn’s Rentschler Field with this matchup airing live on ESPNEWS. Now, let’s Read More

Posted: Wednesday, August 23, 2017 9:45, EDT
There’s just one non-Power 5 NCAA Football Conference team in the Associated Press preseason Top 25 and that’s the No 19 South Florida Bulls. Speaking about South Florida, they open the Charlie Strong era on Saturday in big fashion. The Bulls are betting favorites in MyBookie’s college football odds for week 1, and judging by the lines,  they are expected Read More

Posted: Wednesday, December 28, 2016 10:38, EST
The South Carolina Gamecocks will look to pull off the upset over the South Florida Bulls when the two teams square off in the Birmingham Bowl. The 11th annual edition of this bowl game will be played on at Legion Field in Birmingham, Ala., on Thursday, Dec. 29, at 2:00 PM ET while airing live on ESPN. Now, let’s find Read More

Posted: Thursday, October 27, 2016 12:53, EDT
The South Florida Bulls will look to rebound from their Week 8 loss when they host a 22nd-ranked Navy team that is playing its best football of the season coming into this matchup. Now, let’s find out which team will bring home the bacon in this intriguing Week 9 showdown as well as the latest online college football odds. A Closer Read More

Posted: Thursday, September 22, 2016 9:44, EDT
The Florida State Seminoles were No. 2 in the polls last week but then suffered one of the worst losses in school history at Louisville in the ACC opener for both. FSU dropped to No. 13 in the polls and it heads back out of conference this week with a dangerous game at South Florida. The Noles are less than touchdown favorites in Read More

Posted: Monday, December 14, 2015 11:54, EST
Western Kentucky and South Florida will both look to finish their seasons with a college bowl game victory when they square off in their intriguing 2015 Miami Beach Bowl match up on Monday, Dec. 21 live from Marlins Park in Miami, Florida. South Florida head coach Willie Taggart will look to beat his alma mater and former football program after earning Read More


Sports in the State of Florida