NCAA Football Betting News
Generally, first year quarterbacks are seen as young and inexperienced for a role that even senior quarterbacks struggle to fill, which is to challenge for the National Title. But in another light, some of them are just as able if not more than able, to lead teams and achieve success in the NCAAF odds. They are more that what we think of them. Statistically, first year quarterbacks have won five of the last six championships, and eight out of the last 12 national title games were started by first years.From 2010 to 2015 we have seen the likes of Greg McElroy (Alabama) Cam Newton (Auburn) AJ McCarron (Alabama) Jameis Winston (Florida State) and Cardale Jones (Ohio State) winning the title for their teams.To clearly put us into perspective, we need to understand that being a first year in college football is not the same as being a freshman. A first year could be an upperclassman that has been part of the system, but has been limited to the bench. What defines a first year is the time when he lands the starting role officially for the first time.Due to graduation and drafting, a number of teams could turn to first-years this for starting roles, including Florida State, Alabama, Auburn, Georgia, and Oregon. Bearing all that in mind, here are the first-year quarterback that could help their teams become National Champions in the 2015-16 NCAAF season: 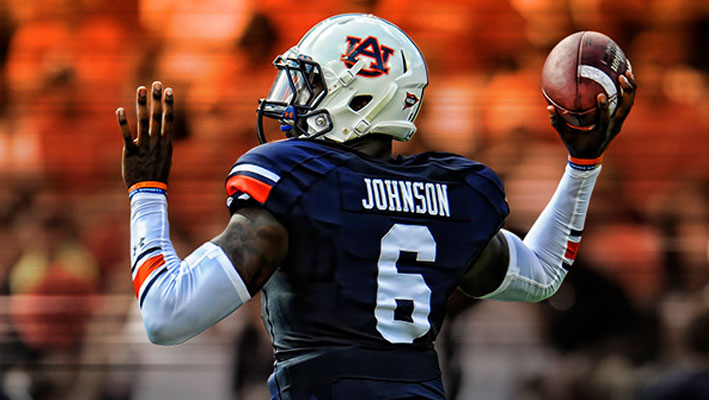 Though he only started one match last season, it’s easy to understand why everyone seems to be high on Johnson as a potential 2015 breakout starter in college football—he is the triggerman for one of the most high-energy offenses and diversely dynamic offenses in the league. Out of seven relief appearances he had last season, Johnson threw for 436 yards and three scores. The season before, he started against Western Carolina and passed for 201 yards and four touchdowns. The young man from Montgomery brings fresh skills to the offense, with more passing versatility, compared to his predecessor Nick Marshall. Standing at 6-foot-5, he can use this admirable build advantage to add explosiveness to the passing offense, giving the likes of D’haquille Williams and Duke Williams more opportunities to make plays downfield. If all that go according to plan, and Will Muschamp takes care of things in the defense, then challenging for both the SEC and National Titles should be possible. 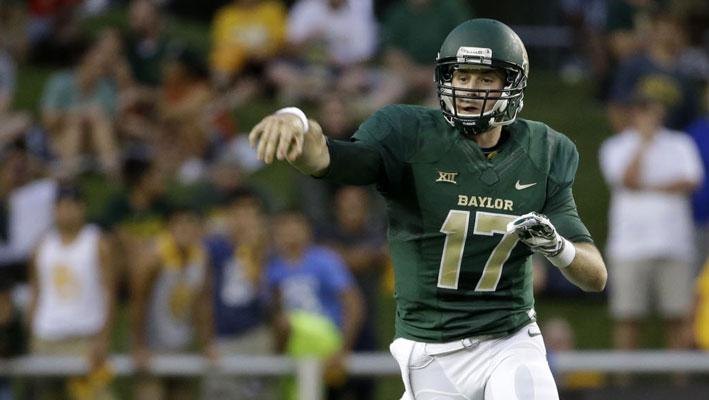 One thing Art Briles has managed to do efficiently as a coach is developing one of the best offenses in college football on a yearly basis. Although Bryce Petty has moved to the greater heights in the NFL, the Baylor’s offense is still intact. Russell is coming in to fill the shoes, having already had a feel of leading the team in previous matches. When Petty was out injured, Russell had the opportunity to start against Northwestern State, impressively totaling 438 yards and five scores. Irrefutably, Russell still has a number of things to do to be the best, but based on his readily-available raw skills and the confidence of playing in one of the best offensive-oriented teams in the league, national ambitions should certainly be valid for him and the Bears. 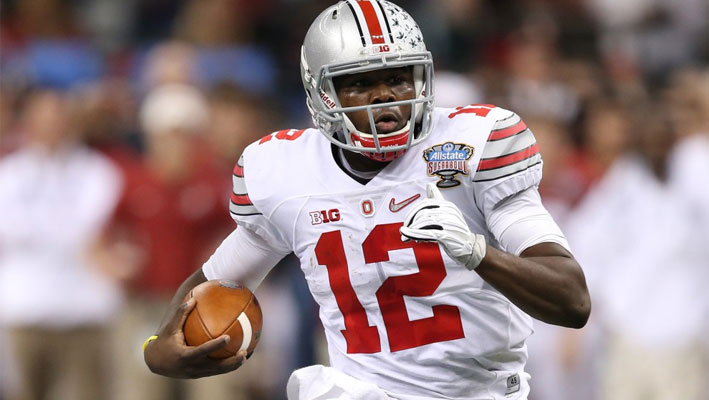 Surprising as it may be, Jones fits in the first-year category since he will be a returning starter for the first time. Last season, Jones started as the season as a third choice QB, but when Braxton Miller and No. 2 QB J.T. Barrett suffered separate season-ending injuries, Cardale became the starter. Against Wisconsin in the Big 10 championship game, he completed 12 of 17 passes for 257 yards. He shone further in the win against Alabama, throwing for 243 yards in the Sugar Bowl. At the national championship game, he continued to impress, leading the Bucks to a 42-20 win over the Ducks, recording 280 total yards in the process. Of course, he will have to fend off competition from Miller and Barrett if he is to be the lead starter in 2015, but assuming he is successful, then another great year should be in the offing for him. 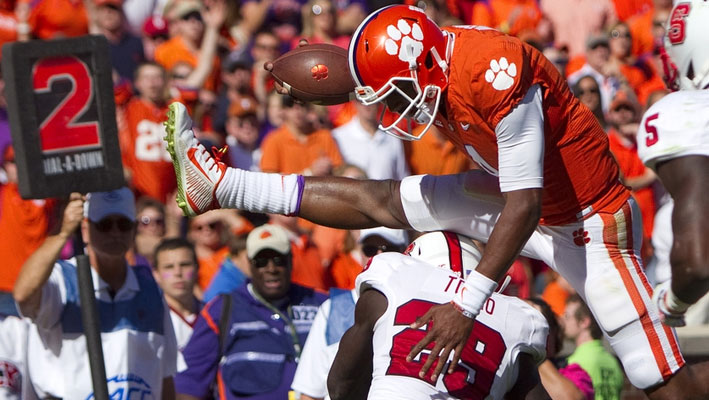 If the Tigers can keep Watson healthy, then they will have a great chance of being the ACC champions, upsetting the likes of FSU and Georgia Tech. Injuries have reduced him to a bench-warmer recently, managing just eight appearances. Last year, his season ended when he tore his ACL against Georgia Tech. Still, he managed to throw 1,466 yards and 14 touchdowns, showing that he could propel the team greatly, given a chance and barring any major injuries. 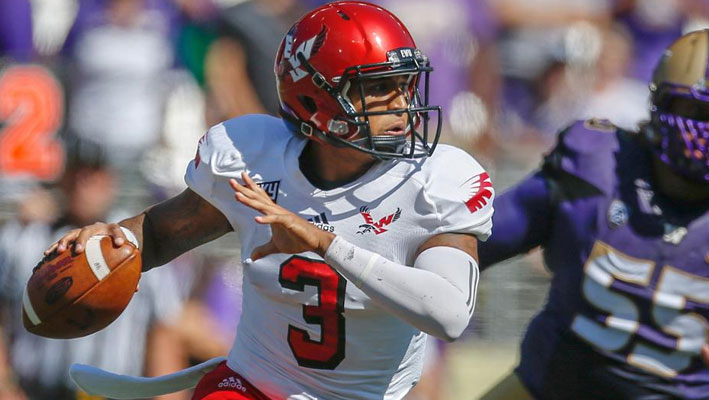 Evidently, the 2015 season seems packed with first-year quarterbacks who can lift their teams to national contention. Apart from those mentioned above, we have others like Vernon Adams of Oregon, Malik Zaire of Notre Dame, Mike Bercovici of Arizona State, Brice Ramsey of Georgia and Sean Maguire of Florida State. This is good for the sport as competition will be high, as each one of them will be trying to prove themselves worthy. Feel free to put your money where your mouth is, depending on who you are trumpeting for in the available options.Sources:ESPN.com: http://scores.espn.go.com/ncf/recap?gameId=400610178FOXsports.com: http://www.foxsports.com/college-football/story/future-oregon-qb-vernon-adams-jr-expects-to-be-late-to-camp-072715
Older post
Newer post