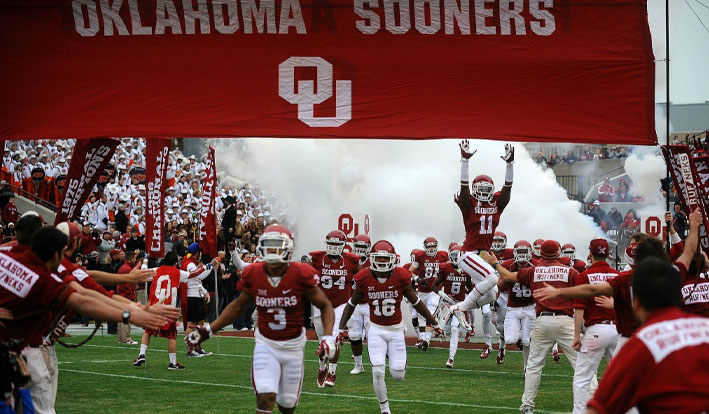 NCAA Football Betting News
It has been a long time since the talk in Norman was more about how the Oklahoma Sooners can improve their NCAAF odds rather than challenge to win it all. But I guess that’s what happens when an Oklahoma team that has been a perennial trendy college football betting pick to win the National Championship finds itself spectating outside the national arena with six Big 12 losses over the past two seasons.

For most teams, six conference losses is not that big of a deal. However, for Oklahoma fans, this is the first time in the 16 years of Coach Bob Stoops’ reign that they’ve witnessed as many as six Big 12 losses in a in a two-year stretch, and the fact that last year’s 8-5 final record snapped a streak of four back-to-back seasons of at least 10 wins only feeds more into their worries. 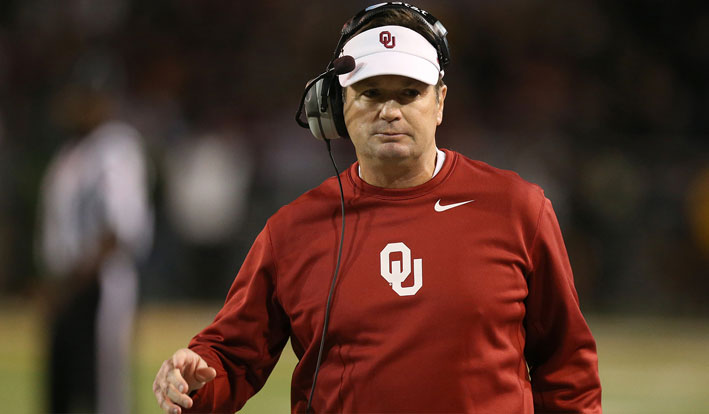 Now, at the risk of being accused of stating the obvious, the reality about NCAA Football odds is that winning at a high level over lengthy periods is never easy. Plus, at some point, even the best teams occasionally find themselves in unfamiliar losing grounds, probably to remind them about avoiding complacency, which tends to creep in when all you’ve been doing is winning. Therefore, rather than unnecessarily panicking ahead of the new season about nearly everything, the fans should be focused on appreciating what they have and hoping that Stoops will do what he does best—offer formidable leadership and coach the team back to success.

The Reasons to Hope for a Better Oklahoma in 2015

As a matter of fact, there have been tons of recent positive news and reviews that have been made about the Sooners, which should be able to orient optimism in the Sooner nation. For example, on Wednesday, a 30-man All-Big 12 teams was released after voting was done by media representatives who cover the league. Baylor was placed at the top with 7 selections, followed closely by Oklahoma and TCU with 5 players each. Having 5 players endorsed for the All-Big 12 teams is a big honor that should be celebrated, especially when a rival like OSU only had three of its players named in the selection. Namely, senior wide receiver Sterling Shepard, sophomore running back Samaje Perine, junior kick returner Alex Ross, cornerback Zack Sanchez and senior linebacker Eric Striker are the Oklahoma players that were recognized in the list. 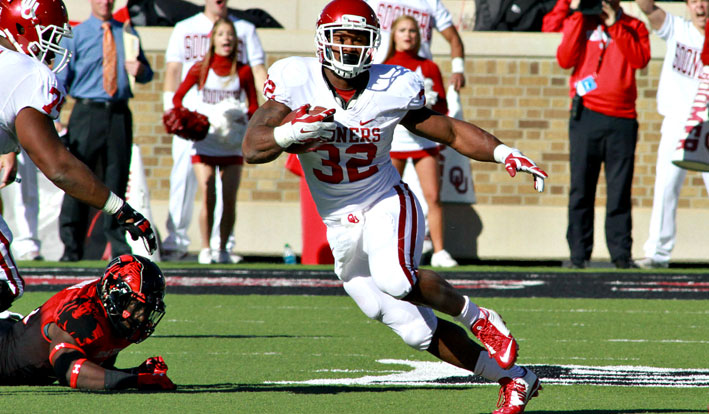 Most notably, RB Perine is coming off a record-setting 1,713-yard freshman campaign, so his presence in the team should guarantee a solid running game alongside redshirt freshman RB Joe Mixon and Ross in one of the nation’s top backfield combinations. Sanchez and Striker are known to be real workhorses, so the secondary will also be guaranteed of having good anchors.

Concerns Ahead of the New Season

Despite the talent of Sanchez and Co., the Sooners worryingly regressed in their D-line in 2014, so some defensive revival will be importantly required Sooner (pun intended) rather than later. In the offense, new offensive coordinator Lincoln Riley will need to provide a new sense of direction for the team, especially in the passing game where we still don’t know the player that will get the starting quarterback job. Texas Tech transfer Baker Mayfield is expected to start at quarterback. In his lone season with the Red Raiders, Mayfield passed for 2,315 yards, 12 touchdowns and nine interceptions over seven starts as a freshman, which earned him the 2013 Big 12 offensive freshman of the year award. 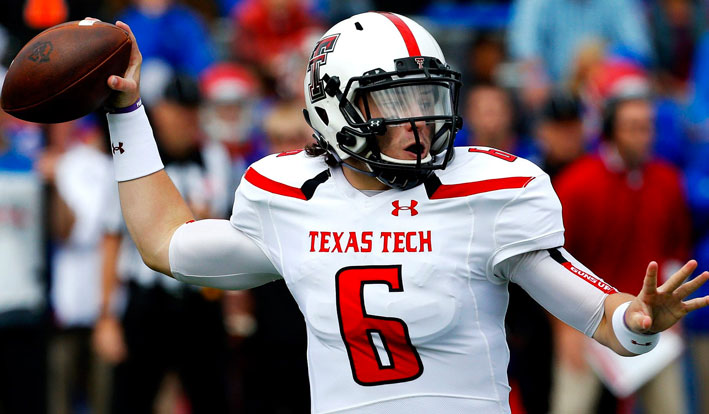 But even with many people considering Mayfield as the right fit in Riley’s new offense, the Texas Tech transfer is not guaranteed a starting job, as he is still competing with incumbent starter Trevor Knight and sophomore Cody Thomas. 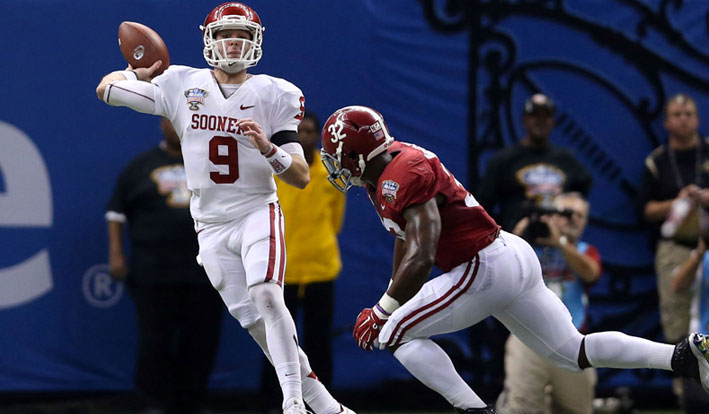 As we wait on Stoops and Riley to announce their choice, it will also be important to monitor the O-line, as the team needs to replace four starters on its offensive line.

While Stoops heads into the new season looking to steer the program back into conference title consideration and national relevancy, it is worth noting that the long-serving head coach has won 8 Big 12 titles and recorded less than 10 wins just four times in his 16-year tenure. Helping the team make a quick turnaround in 2015 should thus be within the realms of possibility for him. In fact, to support the plausibility of bounce-back agenda, the Big 12 media preseason poll released on Thursday projecting OU to finish third in the conference behind TCU (at No. 2) and Baylor (at No. 1), with Oklahoma State placed at No. 4.. As we all know, the preseason rankings are not a lock-on prediction of what will happen in the new season, but rather a guideline about the strongest and weakest contenders. Being placed at No. 3 in the preseason rankings should thus say a lot about the Sooners and their perceived potential ahead of the new season. Furthermore, the Big 12 schedule sets up nicely, with all the projected top four teams in the poll not playing each other until the final weeks of the season, which gives OU (and its competitors) a chance to prepare by handling other soft opponents first. This sets up everything nicely for a great November.

Concluding Remarks and 2015 Prediction on the Sooners

If I told you I know how the Big 12 will play out in 2015, it would be a big lie, considering there is a lot of mobility and shifty competition in the conference. Nevertheless, I can confidently say the Sooners have some solid building blocks that are enough to help them challenge for the conference championship. If the pieces in the team fall into place, Oklahoma could easily get back to a double-digit season with around 10 wins, probably with conference losses to TCU and Baylor, the two teams that have obviously been a shoulder above others in the Big 12 class recently. However, if Baylor can sneak with at least a win from either the Frogs or Bears, then contending for the Big 12 title should be very possible for them. Either way, expect an improved Sooner team in 2015 with a definite improvement from their 8-5 overall mark in 2014.Sources:Soonersports.com: http://www.soonersports.com/ViewArticle.dbml?DB_OEM_ID=31000&ATCLID=210215633Big12sporsts.com: http://www.big12sports.com/ViewArticle.dbml?ATCLID=210216058
Older post
Newer post