NCAA Football Betting News
The LSU Tigers were legitimate national title contenders (and a surefire NCAAF odds pick) just a couple of weeks ago, but after suffering consecutive losses, the former SEC four-team playoff hopefuls are just trying to close out the season in style.Believe it or not, the Mississippi Rebels can still win the SEC West if all goes right for them over the next couple of weeks.Now, lets find out which one of these SEC teams will bring home the bacon and keep their New Year’s Day bowl six hopes alive.

Coach Miles: “The need for victory is a very sincere one, and that really doesn’t change.”

The rebels will have plenty of motivation to win this SEC showdown as they still have an outside chance of winning an SEC title.Ole Miss had a bye in Week 11 after suffering a crushing 53-52 overtime loss to Arkansas on Nov. 7.“That’s part of life — being disappointed,” Ole Miss coach Hugh Freeze said. “One of the greatest lessons you can learn in life is how do you handle that? They’re being tested with that just like we’ve been.”Ole Miss quarterback Chad Kelly had a stupendous performance against the Razorbacks by completing 24 of 34 passes for 368 yards and three touchdowns while rushing 11 times for 110 yards and another three scores.Despite Kelly’s jaw-dropping performance, the Rebels allowed Arkansas quarterback Brandon Allen to complete 33 of 45 passes for 442 yards and a whopping six touchdown passes.No matter…if Mississippi wins its last two games against LSU and Mississippi State and Alabama loses in the Iron Bowl against Auburn on Nov. 28, the Rebels could win the SEC West crown.“If you can’t refocus after a bye week and get amped up for the next game then you’re playing the wrong sport,” Kelly said. “I know our guys are ready to get back and ready to hit somebody.”The Rebels are ranked 12th in scoring (40.7 ppg) and 43rd in points allowed (23.0 ppg).

In spit of their consecutive losses in their last two games, LSU still has plenty of talent and equally as much desperation to regain some of the national respect they’ve lost recently.The Tigers were spanked by Alabama in its 30-14 Week 10 loss as a 7.5-point road dog, but that loss came against another elite national title contender.LSU’s 31-14 Week 11 home loss against Arkansas is another story all together and one that ended the Tigers’ faint four-team playoff hopes and chances at winning the SEC West.“When something goes not as planned, you have to say `I’m accountable and I’m responsible,” Miles said.LSU quarterback Brandon Harris completed 21 of 35 passes for 271 yards with one touchdown and one interception while former Heisman Trophy front-runner Leonard Fournette was limited to 91 yards and one touchdown on 19 carries.The bruising sophomore has been held to les than 100 yards in each of the last two games after rushing for at least 150 in each of the first seven games.“I just have to help keep this team together,” the sophomore said. In hard times you see what type of man you are. I would never trade my team for anything in the world.”The Tigers are ranked 39th in scoring (33.6 ppg) and 50th in points allowed (24.3 ppg). 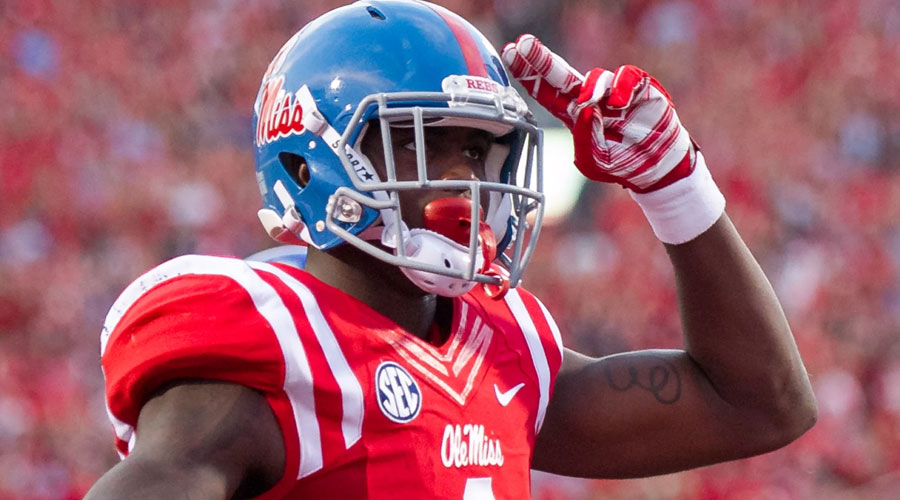