NCAA Football Betting News
Finishing with a winning record in season totals NCAAF betting odds is usually a good measure for success. Playing in a major bowl (and winning it) is certainly great and commendable. But at the end of the day, none of all that compares to the joy, reverence and rewards that come with winning the national championship. That said, the Ohio State Buckeyes (the defending national champions) are the college football odds favorites to repeat as national champions, followed by Alabama, Auburn, TCU, Florida State, Notre Dame, USC, Baylor, Clemson and Georgia in the top-10 teams with the best odds for the title.Unluckily, some of the above teams (like Alabama and Auburn), their 2015 regular-season schedules rank among the 10 toughest schedules in the nation this year, giving them a mountainous task towards winning the national championship. On the flipside, some of the highly-favored teams in the odds to win the 2015-16 national championship have easy schedules, so the road to the playoffs could be relatively easier, especially if they can record some quality wins over top-tier opponents. Below is a look at the teams that belong in the latter categories:1. Ohio State Buckeyes, Combined 2015 Opponents Record: 86-69 (55.48%) Ohio State’s 2015-16 National Championship Odds: 13/4By power conference standards, the Buckeyes have a really soft schedule. If the Bucks can avenge their lone loss from last season against Virginia Tech, they should be able to record a complete sweep in their non-conference schedule against Hawaii, NIU and Western Michigan.Inside the Big 10, the schedule opens up nicely, with a handful of easy games. Michigan State and Jim Harbaugh’s Michigan will be Ohio State’s biggest tests, though going by the rate Urban Meyer has been dominating the conference lately, it will take something really special for the Bucks to lose either of those games. So if you are looking for a national championship favorite team to bet on for an undefeated regular season, then the Bucks are your best pick. 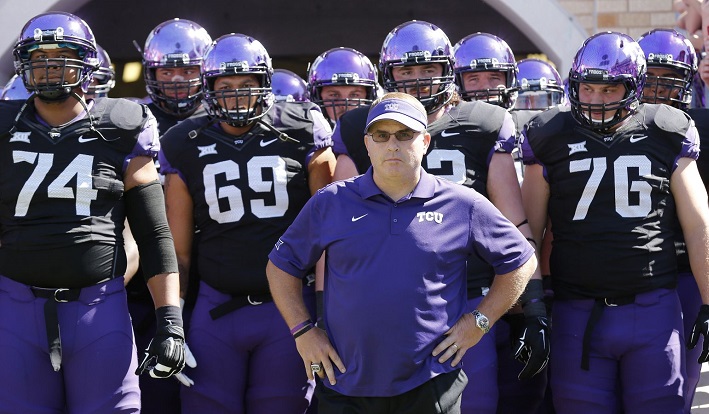 2. TCU Horned Frogs, Combined 2015 Opponents Record: 74-78 (48.68%) TCU’s 2015-16 National Championship Odds: 10/1Coming off a season where they bounced back from a 4-8 record in 2013 to a 12-1 record in 2014 and a narrow miss at the highly coveted National Championship semifinals, the Frogs (who are returning most of their solid starters from 2015) figure to make another run at the College Football Playoff. The season opener at Minnesota will be tough just like the season finale against Baylor. But if the Frogs can win one or both games, then another double-digit win total seems attainable, possibly with contention for a top-4 finish in the nation. Oh, and though the two Oklahoma teams have been facing some regression recently, be on the lookout for them, as they are still very talented, hence could present some unexpected challenges to the Frogs. 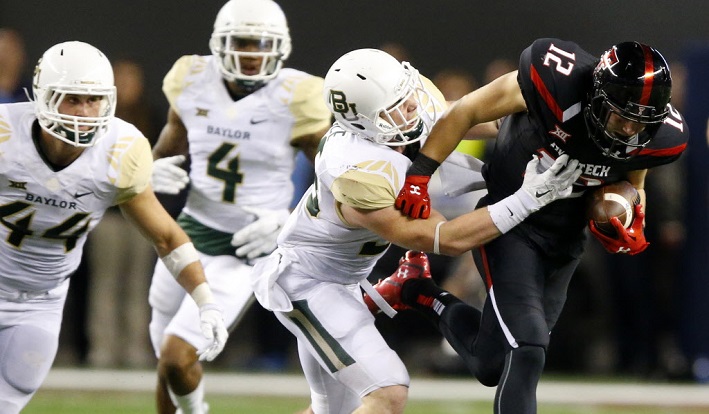 3. Baylor Bears, Combined 2015 Opponents Record: 75-76 (49.67%)Baylor’s 2015-16 National Championship Odds: 20/1Like 2014, Art Briles’ team once again gets a soft schedule, failing to get a Power Five opponent in its non-conference schedule, with games against one of the worst programs in the FBS, an average FCS team, and a struggling Conference USA opponent.Within the Big 12, the two Oklahoma teams, the two Kansas teams and TCU will be challenging for the Bears, but for a team that went 12-1 in 2013, facing a below .500 schedule should be very friendly, allowing them to challenge for another double-digit win season and a run to the top of the conference. Sadly for the Bears, their pedestrian non-conference schedule could cost them a spot at the College Football Playoff, as was the case last year. Just about the only hope would be for Baylor to go unbeaten, or the league faces some bubble at the top, earning the Bears a chance at the playoffs as a one-loss or two-loss team.Other Viable National Contenders with Soft Schedules 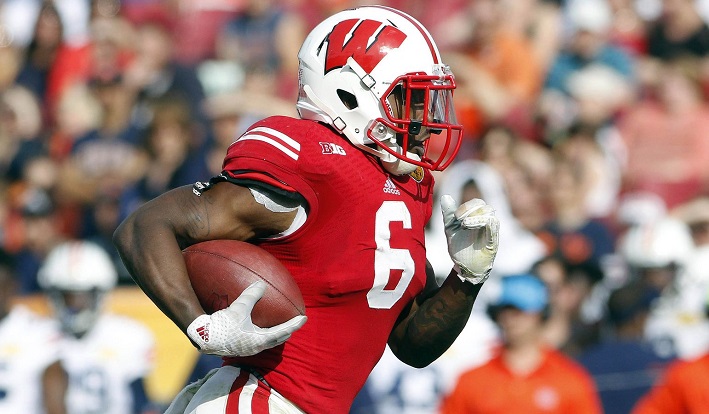 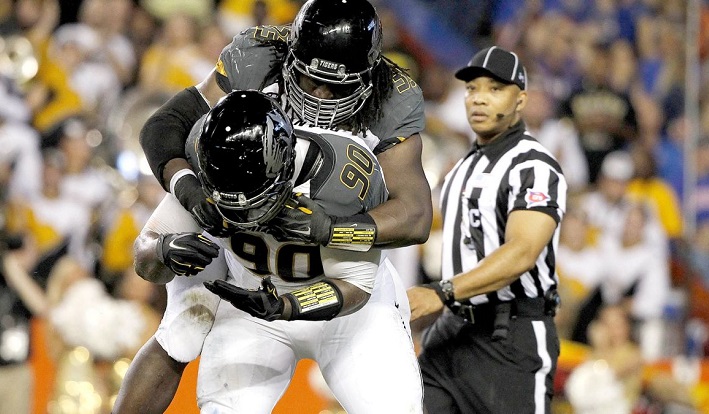