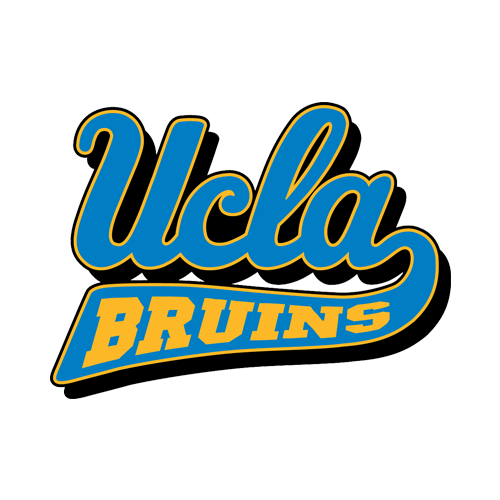 The college football battle for Los Angeles has big meaning for No. 15 Southern Cal as the Trojans will win the Pac-12 South Division and reach the conference title game with a victory over rival UCLA. USC is a short favorite on the NCAAF odds.

USC leads the series with crosstown rival UCLA, 48-32-7 not including Troy’s 2004 and 2005 victories that were vacated due to NCAA penalty. UCLA only has been victorious 5 times in the last 21 meetings dating to 1999. Saturday equals the latest date (Dec. 12) that the Trojans and Bruins have met (also in 1942). The winner of the annual USC-UCLA football game gets year-long possession of the Victory Bell, a 295-pound bell off a freight locomotive.

A win over the Bruins would see USC host next week’s Pac-12 Championship Game as the Pac-12 South representative and there are several other scenarios in which the Trojans could host even if they don’t win.

The Trojans (4-0) beat Washington State 38-13 last week as Amon-Ra St. Brown caught four touchdown passes from Kedon Slovis in a spectacular first quarter. Slovis threw five touchdown passes in the first half before finishing with 287 yards as the Trojans returned from a prolonged absence caused by a COVID-19 outbreak.

Tyler Vaughns caught the fifth TD pass by Slovis, who tied the school record held by Mark Sanchez, Matt Barkley and Cody Kessler. Slovis, who is about to enter the school career passing Top 10 as just a sophomore, continues to lead the nation in completions and is in the Top 10 in completion percentage (a blazing 72%) and passing yardage.

USC’s defense has 12 takeaways this year to help the Trojans rank second in the nation in turnover margin (+1.5), with S Talanoa Hufanga already with 3 interceptions.

QB Dorian Thompson-Robinson went 18-for-24 for 192 yards and a touchdown, while also running for 49 yards on 15 carries and another score. UCLA rushed for 171 yards as a team. Thompson-Robinson has at least one passing and rushing touchdown in all three of his games this season, and for the sixth time in his career.  Thompson-Robinson moved into 10th on the UCLA career charts in total offense (rush and pass yards), passing Kevin Prince (2009-12, 5,001) for 10th (5,179).

Defensively, Caleb Johnson had a very strong game with a career-best 10 tackles, two sacks and a fumble recovery, tying a personal best with 2.5 tackles for loss. UCLA forced multiple turnovers in a game for the first time since Oct. 13 and 20, 2018. The Bruins have forced five turnovers in the last two contests. Under head coach Chip Kelly, UCLA is +15 in turnover margin in wins and -25 in losses.

UCLA has outscored its opponent in the fourth quarter of all five games by a 36-9 margin, the best margin in the Pac-12. The Bruins have won their first two home games of 2020 over Cal and Arizona. The last time UCLA won three straight at home was in 2017 when it went 6-0 on Spieker Field at the Rose Bowl. UCLA has split its last four meetings with ranked opponents. The last time UCLA defeated a ranked USC squad was in 2014.

Posted: Thursday, December 10, 2020 11:05, EST
The college football battle for Los Angeles has big meaning for No. 15 Southern Cal as the Trojans will win the Pac-12 South Division and reach the conference title game with a victory over rival UCLA. USC is a short favorite on the NCAAF odds. How to Bet USC at UCLA NCAA Football Odds & TV Info When: Saturday, 7:30 Read More

Posted: Friday, November 15, 2019 3:22, EST
While the college football playoffs have proven to be a real success, we are beginning to reach the point where fans want to see it expanded a little. There are some who would like to see all the Power 5 Conference champions represented, as well as others who would like to see some Group of Five teams given a seat Read More

Posted: Friday, October 25, 2019 8:51, EDT
Both No. 24 Arizona State and unranked UCLA are 2-2 in the Pac-12 Conference, meaning that the loser of Saturday night’s matchup at the Rose Bowl essentially will be out of the South Division race. ASU is favored on the Mybookie NCAAF odds How to Bet Arizona State vs UCLA College Football Week 9 Odds & Game Info When: Saturday, Read More

Posted: Thursday, November 1, 2018 11:54, EDT
After an embarrassing road loss to Arizona, Oregon returns to comfy Autzen Stadium to host the UCLA Bruins. Both Pac 12 teams are desperate for a victory. Oregon feels they should be ranked while UCLA wants to get back into the bowl bid picture. Which team takes it on Saturday, Nov. 3? UCLA at Oregon 2018 NCAA Football Week 10 Read More

Posted: Thursday, October 4, 2018 1:28, EDT
The Chip Kelly era has not gotten off to a good start at UCLA and now the Bruins are completely desperate after dropping their first four games of the season. The bad news is that UCLA is facing a legitimate playoff contender when they host the 10th-ranked Washington Huskies in their Week 6 Pac-12 pairing. While an outright upset looks Read More

Posted: Wednesday, September 5, 2018 4:35, EDT
College football teams constantly undergo a lot of changes from year to year. The better the season that a team has, the more likely it is that they will lose more players to the NFL. If they have a string of poor seasons, the end result may well be that a new coach is brought in to try and turn Read More

Posted: Thursday, September 21, 2017 2:28, EDT
Josh Rosen and the offensively explosive UCLA Bruins will look to contradict the College Football odds against the Stanford Cardinal, as the two longtime Pac-12 rivals square off in their Week 4 match-up on Saturday. Both teams will be looking to get back in the win column after losing their respective Week 3 duels, but only one can be the Read More

College Football Week 1: How to Bet Texas A&M at UCLA

Posted: Friday, July 7, 2017 10:08, EDT
The college football preseason polls should be out in early August. It’s not clear if either UCLA or Texas A&M will be in the Top 25. Maybe neither is, but it’s still a very intriguing matchup when they play a rare Sunday night game in Week 1. It’s the finale of a home-and-home series. For this matchup, UCLA heads into Read More

Posted: Wednesday, November 16, 2016 9:12, EST
People often say that the mark of a good team is their ability to rebound quickly after a tough loss. While this argument is certainly valid, a good team should also be able to remain level-headed when coming off a major win. This is what the USC Trojans are going to have to do this weekend, as they are sure Read More