NCAA Football Betting News
The first five weeks of the 2015 college football season have featured plenty of upsets and, as a result, the NCAAF odds for the College Football Playoff have been confusingly jumbled up. The Ohio State Buckeye, TCU Horned Frogs, Baylor Bears and Michigan State Spartans were among the top-ranked teams that managed to stay perfect in Week 5’s upset-filled results. The same cannot be said for the likes of Ole Miss Rebels, Georgia Bulldogs, Notre Dame Fighting Irish and UCLA Bruins, who all succumbed to their first losses in Week 5 and resultantly saw their stocks plunge down in the college football rankings.

Even more notably, the collapse of such above-mentioned teams opened the door for some undefeated sleeper teams in the 2015-16 college football playoff race. Thanks to their strong starts this season, and the early collapse of some preseason favorites that has seen plenty of movement at the top, here are the four ‘sleeper’ teams that have forced their way into the 2015-16 college football playoff conversation: 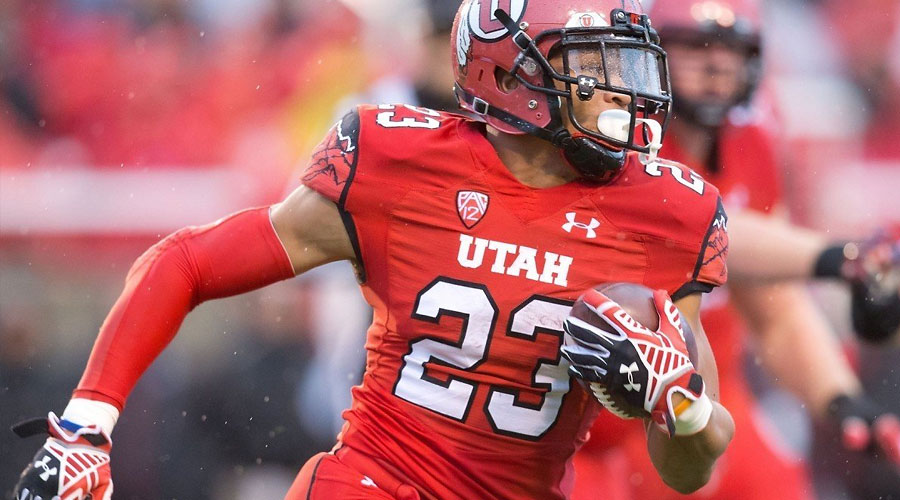 The 2014-15 season was a good year for the Utes as they finished with a 9-4 (5-4 in Pac-12), but there were several doubts surrounding the team ahead of this season, especially because of their supposedly tough schedule and the loss of key coaching personnel, including offensive coordinator, defensive coordinator, and defensive line coach in the offseason. Five weeks into the season, such losses look like a blessing disguise, as the Utes are playing arguably their best football (on both ends of the field) in over a decade.All the preseason talks about having a strong running game and a mean defense are already proven right, with quarterback Travis Wilson and running back Devontae Booker doing wonders in the offense, while the defense is allowing just 18.8 points per game. As for the tough schedule, the Utes showed mega pedigree, securing a statement 62-20 road win over defending Pac-12 Champions Oregon in Week 4. Wading through the likes of California, USC and UCLA won’t be easy for the Utes that had a bye in Week 5. Even so, going by what we’ve witnessed from them so far, it wouldn’t be a surprise if we see Utah beating the betting odds to finish as Pac-12 Champs, possibly with a top-4 finish in the nation. 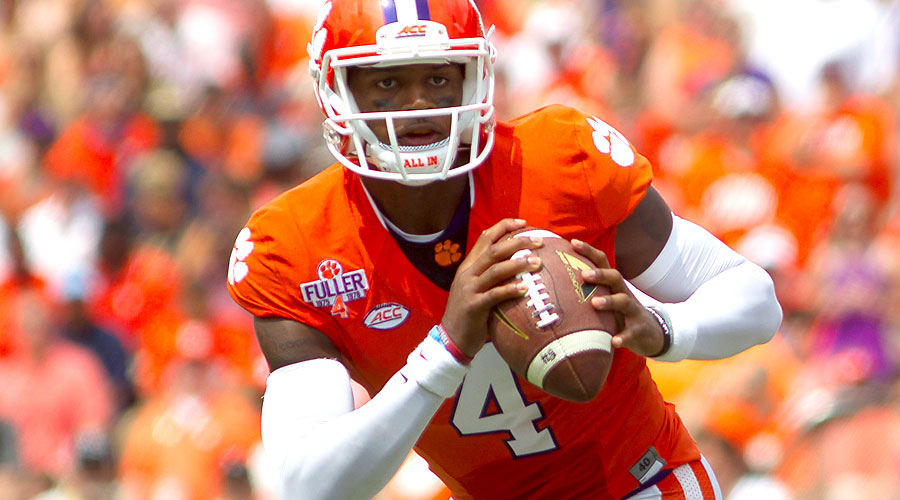 Coming off a huge 24-22 win over Notre Dame at the Death Valley, QB Deshaun Watson and the undefeated Tigers are doing more than just scratching the top surface of the ACC; they are stealthily clawing their way up the national rankings and the College Football Playoff odds, and doing so in clinical style.Yes, the Notre Dame team was battling without some key starters, but the manner in which the Tigers forced four crucial second-half turnovers and stopped the Irish from scoring a potential game-tying two-point conversion underscores commendable grit to get the job done—something many so-called top teams have lacked this season.It’s still a long way to go in the quest for a berth in this year’s College Football Playoff, but when you consider that Clemson is unbeaten at 4-0, ranked sixth in the country in the AP Poll, led by a proven tactician in coach Dabo Swinney, and the team has a relatively manageable schedule the rest of the way (with the No. 12 Florida State as the only currently ranked opponent remaining in their slate); it would be hard to dispute that the Tigers are a solid sleeper NCAAF pick for a spot in the CFP. 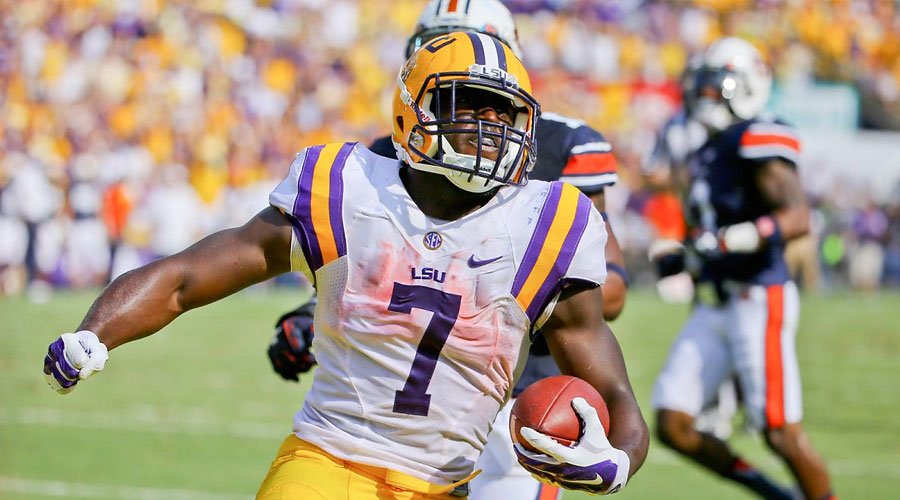 By now, it is common knowledge that Leonard Fournette is the best running back in college football. It is also common knowledge that LSU’s 4-0 start to the season is largely thanks to Fournette’s league-best 864 rushing yards and 11 TDs on 99 carries. The only question that remains is; how long can Fournette keep up with his performances for the Tigers who are heavily reliant on his services? That, I believe, is something that remains to be seen, but going by the stud running back’s hot form this season, it will take something really special to stop him.Not to mention, the Tigers also boast of having a good O-line (a key reason for Fournette’s efficiency) and an above-average defense that giving away just 21.5 PPG. The schedule will be getting tougher for the Tigers, who will be going against Florida, Alabama, Ole Miss and Texas A&M over the next month or so. In essence, this means there are no guarantees that LSU will come out of that trying stretch unscathed. More importantly, it means that sophomore QB Brandon Harris, who’s been poor for LSU so far, will thus need to get better. If not, the Tigers will be in problems because Fournette is bound to have one or two bad games, and when that happens, LSU will need someone to carry the offensive load. That said, it’s looking good for LSU, and as long as their Heisman hot shot keeps on pounding the ground like he’s been doing masterfully, then the Tigers should continue stashing skeletons of dead opponents in their Death Valley trophy cabinet. 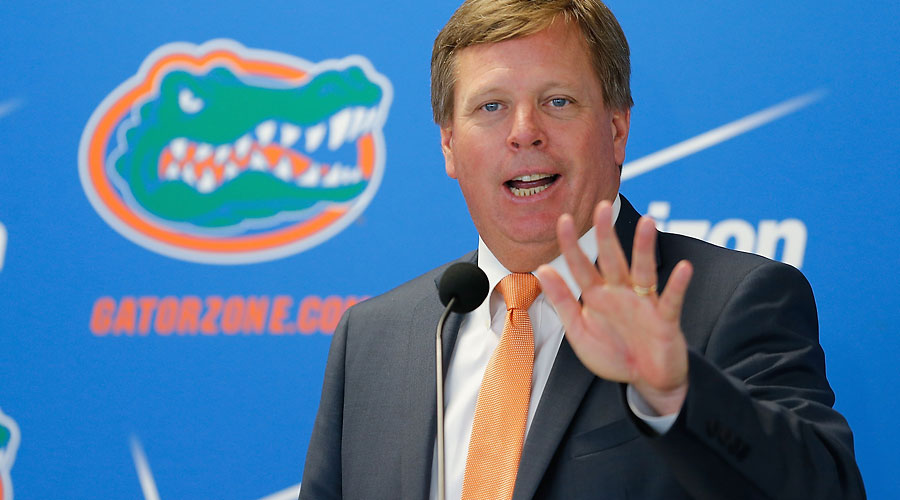 It’s okay if you aren’t sold on the Gators being national contenders, we aren’t buying into them either…just yet! But given that the Gators are the LONE undefeated team in the SEC East (ahead of favorites like Georgia and Missouri), it would be hard not to at least start taking Florida seriously. Mind you, this is a team that was just 7-5 (4-4 in SEC) in last year’s campaign, yet has already racked up 5 wins with a flawless 3-0 run in the SEC, including wins over Tennessee and the fiery Ole Miss Rebels last week.  The fact that the Gators downed the Rebels 38-10 this past weekend, when over 20 Florida players were battling flu, is particularly a big warning that new head coach Jim McElwain and his team will be force to reckon with this year. In fact, if the Gators can find a way of beating LSU and/or Georgia in their remaining toughest schedules, there’s no reason they shouldn’t be able to shock the NCAAF odds by contending for the College Football Playoff.Other Worth-mentioning Sleepers in the CFP Odds: Texas A&M Aggies (5-0, 2-0 in SEC), Oklahoma State Cowboys (5-0, 2-0 in Big 12), and Oklahoma Sooners (4-0, 1-0 in Big 12).
Older post
Newer post