NCAA Football Betting News
Are you tired of the long wait for the 2015 NCAAF season? If so, don’t worry ‘coz we are in this together. In fact, as our very considerate way of keeping you well prepped for next season’s college football betting, we’ve prepared our way-too-early predictions for best six Week 1 games, including free picks. Feel free to indulge with us in the section below:

Which pivot-point games will define the ’15 season? Plus, Punt, Pass & Pork (by @Andy_Staples) http://t.co/rpZZobwHpy pic.twitter.com/ua46PULNoB 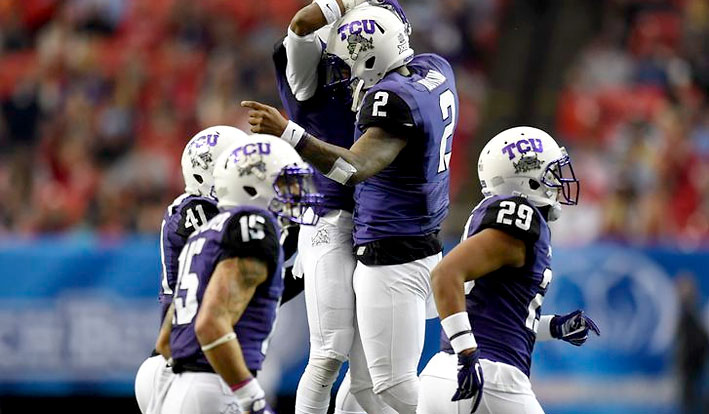 Noteworthy Trends:Last meeting: TCU 30, Minnesota 7 on Sept. 13, 2014 in Fort WorthTCU is 7-3 against-the-spread (ATS) in season-openersThe Frogs are 4-2 ATS in season-openers played away from homeThe Frogs played the Gophers in 2014 in Fort Worth, and the Frogs covered the 18-point spread by five points, with the Total staying UNDER.In all three TCU-Big Ten matchups in 2014 (the rest coming against the two Michigan teams), the Total went UNDERVerdict: After manhandling the Gophers in last year’s game, Minnesota should come into this game more prepared for a stronger fight. The coaches Gary Patterson (TCU) and Jerry Kill (Minnesota) are long-time friends, but don’t expect a friendly encounter, as the Frogs pick up from where they left off in 2014 with a convincing win. Prediction: TCU 39, Minnesota 14 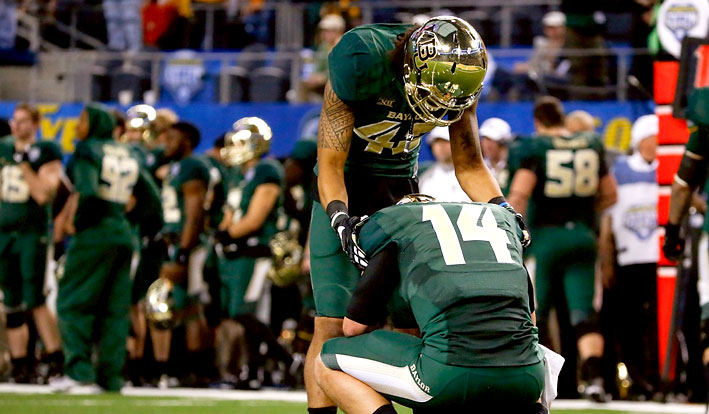 Noteworthy Trends:Baylor is 6-1 SU in its last 7 games on the roadBaylor is 5-0 SU in its last 5 games when playing SMUThe total has gone OVER in 4 of Baylor’s last 6 gamesLast meeting: Baylor 45, SMU 0 on Aug. 31, 2014 in WacoVerdict: Junior quarterback Seth Russell makes his first start against an FBS opponent and gives a solid performance to win the fans to his side and prove that he is the next great Art Briles quarterback. But even with Baylor dominating the game, new head coach Chad Morris shows why he was hired by SMU, with his team showing signs of an improved unit. However, the Bears prove to be too explosive for SMU, earning them a blowout win over their hosts. Prediction: Baylor 44, SMU 24 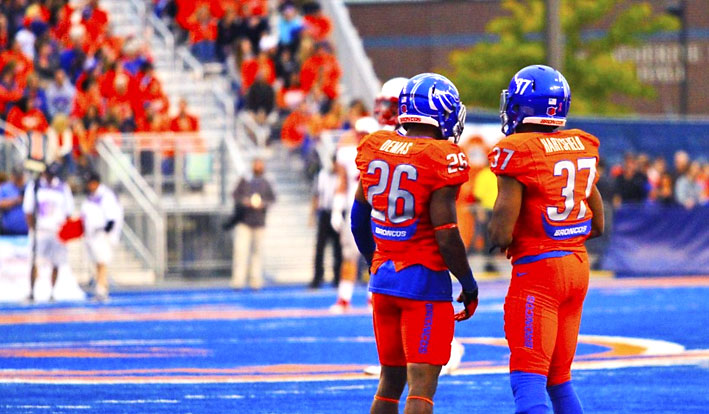 Noteworthy Trends:Boise has lost its last two season-openers against-the-spread (ATS), including 2013’s loss to WashingtonBoise is 4-3 ATS in its last 7 Home-openers;The OVER-UNDER is 1-1 in the last two meetings between Boise State and WashingtonVerdict: Washington’s head coach Chris Petersen gets an initial friendly reception from his former team, but the mood changes once the game begins. Facing a coach that know their tactics and has planned against their weakness, the Broncos look less composed at the start and struggle a little, but they settle in the game and eventually ran away with the win. Prediction: Boise 30, Washington 26 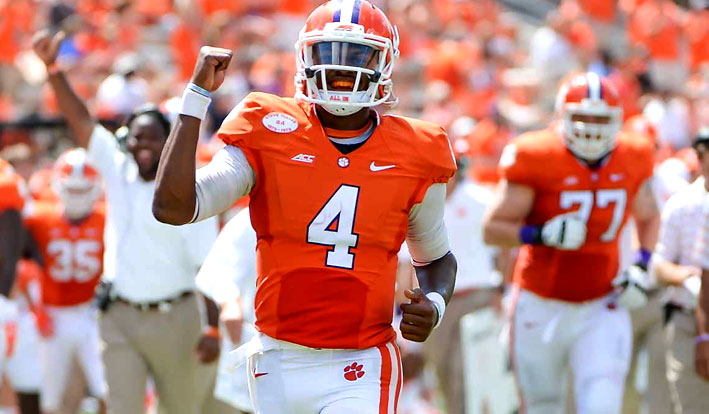 Noteworthy Trends:Clemson is 4-2 ATS in season-openersClemson is 4-0 SU and 3-1 ATS in last 4 home openersThe Over is 4-2 in Clemson season-openers.The last time the two teams met, Wofford covered the spread as 24-point dogs in 2011Verdict: The designate ACC Winners look lively from the start to the finish of the game, dominating the ball on both sides of the field. Prediction: Clemson 49, Wofford 15 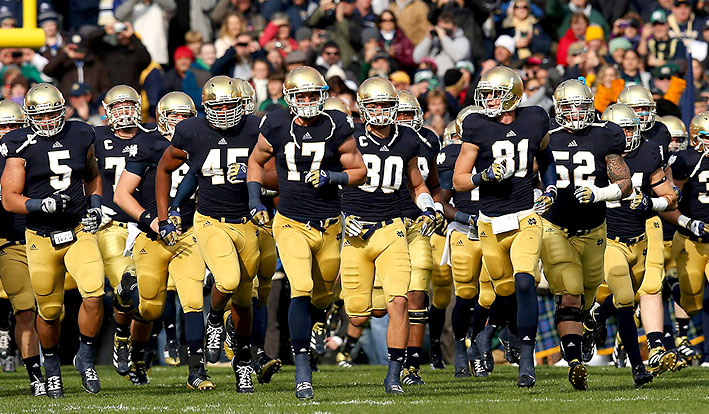 Noteworthy Trends:Last meeting: Notre Dame 27, Texas 24 on Sept. 21, 1996Notre dame is 2-3 ATS in season-openers, though just 1-3 ATS when the season-opener is at HomeND is profitable under narrow Home spreads, beating the spread at a rate of 63.64%Coach Brian Kelly’s team tend to pay a lot on the UNDER, the Irish going Under 67.74% at Home last seasonThe Over is 2-3 in ND season-openers, but just 1-3 when the season-opener is at HomeVerdict: With Notre Dame coming into this game with a veteran-laden squad, it doesn’t look like Texas will be able to handle the Irish at home. Expect a rather comfy win for Notre Dame. Prediction: Notre Dame: 28: Texas 14 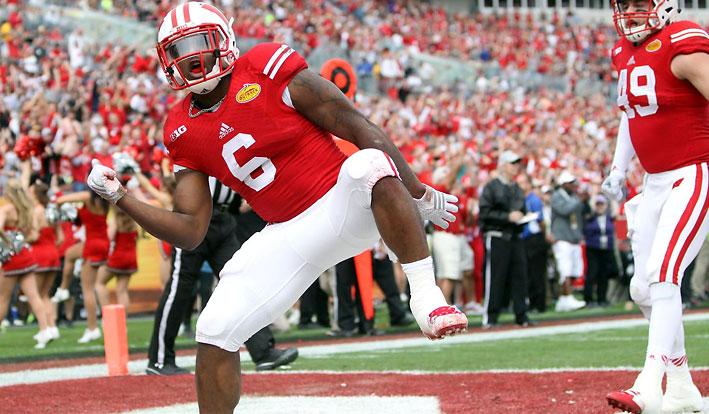 Noteworthy Trends:As Bama’s Coach, Saban is 4-1 ATS versus the Big Ten (with the lone loss coming against the Buckeyes in the NCAAF Championship game)The UNDER is 3-2 in the 5 Big Ten gamesThe Tide are 7-1 ATS in 8 season-openers, with the lone loss coming last seasonThe Over is 4-2-2 in the 8 season-openersVerdict: No Heisman finalists Amari Cooper (Alabama) and Melvin Gordon (Wisconsin). Alabama’s quarterback Blake Sims is also gone, so the field is full of new faces. Still, the presence of Bama’s coach Nick Saban on the sidelines makes up for some familiar faces. On to the game—a back and forth affair ensues, with and QB Joel Stave (Wisconsin) showing he is a class above the rest as a senior, but in the end, Saban’s defensive tactics prove to be the difference as Alabama gets a close victory. Prediction: Alabama 24, Wisconsin 20

Texas A&M vs. Arizona State, September 5, NRG Stadium in HoustonTexas A&M’s QB Kyle Allen and Arizona State’s QB Mike Bercovici are no strangers to one another, so this should make up for a good old-fashioned grudge game of sorts. Allen will have a tougher time going against a veteran Sun Devils’ defense, while Bercovici will take on an Arizona team under John Chavis, who’ll be making his debut as an A&M coordinator. Expect a high-scoring game as both quarterbacks stretch each other, with the Aggies eventually eking out a close win. Prediction Texas A&M 42, Arizona State 39.SourcesWikipedia.org (http://en.wikipedia.org/wiki/Gary_Patterson)BaylorBears.com (http://www.baylorbears.com/sports/m-footbl/mtt/art_briles_336316.html)
Older post
Newer post