NCAA Football Betting News
The favored Arizona Wildcats will look to take down the underdog New Mexico Lobos when the two teams square off in their 2015 New Mexico Bowl NCAAF lines game matchup on Saturday, Dec. 19 at University Stadium. However, with the Wildcats struggling mightily down the stretch and New Mexico playing its best football of the season, covering the spread as a 10-point favorite looks like it will be a difficult task for the Cats to pull off. Now, let’s find out which team is going to bring home the bacon in this bowl game matchup.

The Wildcats have dropped four of their last five games and comes into this contest off a dismal 52-37 smackdown at the hands of in-state rival Arizona State on Nov. 21 while never coming close to covering the spread as a 2-poin road dog.The Wildcats were without starting quarterback Anu Solomon and backup Brandon Dawkins struggled by tossing two picks in relief. Running back Nick Wilson has missed three of the final six games with knee and foot injuries, but the good news for the Wildcats s that they’ll have 2014 Pac-12 Defensive Player of the Year, linebacker Scooby Wright III back on the field for this contest after the do-it-all defender missed 10 of Arizona’s 12 regular-season contests with knee and foot injuries. The Wildcats average 36.8 points per game but allow a whopping 35.7 points per contest defensively.Head coach Rich Rodriguez spoke on his team’s task of trying to beat the Lobos in their own backyard. “It’s a road game, which is a little bit different for a bowl,” Rodriguez said during Wednesday’s introductory press conference for representatives for both teams. “Against a good, very hungry team.” “You weigh your pros and cons,” Rodriguez added. “I think with New Mexico it’s their area, being from here and being in their home town. They don’t have to adjust to anything.”

The Lobos have won three of four coming into this contest and became bowl-eligible by beating Air Force 47-35 in its regular season finale to cover the spread as an 11-point home dog. 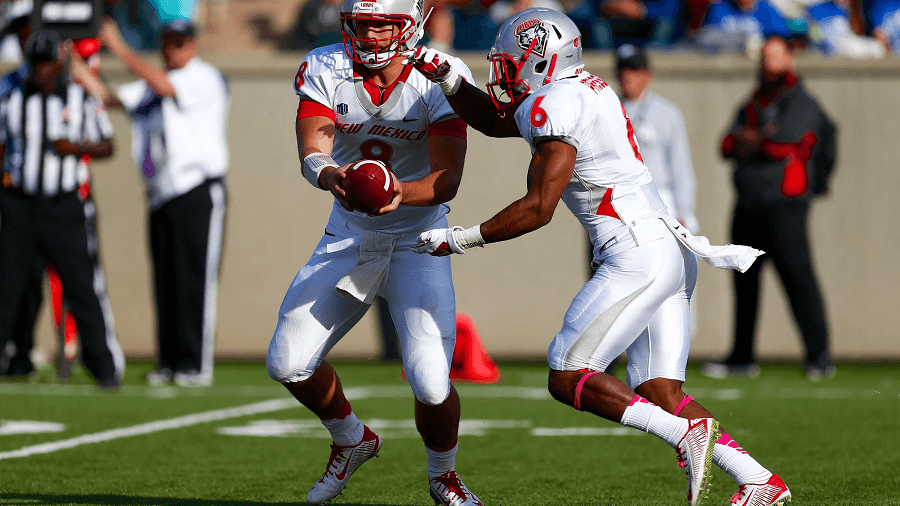 New Mexico recorded its first winning season since 2007 as running back Jhurell Pressley rushed for a career-high 170 yards and three touchdowns on 17 carries to lead the Lobos to victory while quarterback Lamar Jordan added 68 rushing yards on 12 carries and one rushing score. The Lobos average 29.3 points per game and allow 27.0 points per contest defensively.Head coach Bob Davie spoke about his team’s ‘old-school’ triple option offense. “I think it helps us to some degree, that’s why we do it,” Davie said. “For us, we’ve found our niche because we have to be different.”

The Arizona Wildcats may be decisive double-digit favorites in this contest, but I sure don’t like the ‘Cats to cover the college football bowl odds. Arizona is just 1-4 ATS in their last five bowl games and 1-5 ATS in their last six neutral site games.New Mexico has gone 9-4 ATS in their last 13 games after allowing more than 200 rushing yards in their previous game and a robust 11-5 ATS in their last 16 games after passing for less than 170 yards in their previous game.The bottom line for me is that there’s no way Arizona should be favored by an insane 10 points after their stumbling finish and New Mexico’s strong late-season run. Play the Lobos to cover the spread in a narrow loss.My Pick: Arizona 35 New Mexico 31
Older post
Newer post