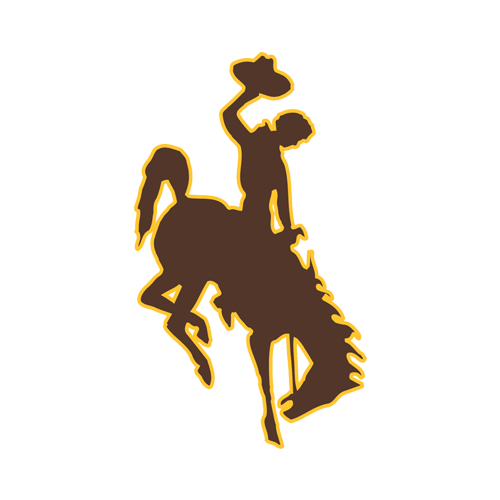 Wyoming and Georgia State will both be looking to pick up a feel-good victory when they square off in the 2019 Arizona Bowl on Tuesday, December 31 at 4:30 PM ET, live from Arizona Stadium in Tucson. While both teams finished with identical 7-5 records to reach the 2019 Arizona Bowl, both programs also struggled mightily down the stretch run of the regular season and come into this affair off of losses in their respective last contests. Now, with both teams going all-out for the win, let’s find out which one is offering the best value against their college football odds!

Why Bet On Wyoming?

While Wyoming struggled mightily down the stretch by dropping three of their final four games including a humbling 20-6 loss to Air Force in their regular season finale, there are some good reasons to back the Cowboys in the 2019 Arizona Bowl.

Wyoming has an outstanding defense that ranks 11th in the country in points allowed (17.8 ppg). Wyoming has held six opponents to fewer than 20 points and the Cowboys rank sixth nationally against the run.

Then, there’s the fact that Wyoming ranks an encouraging 27tf nationally in rushing (208.5 ypg). The bad news is that the Cowboys lost freshman quarterback Sean Chambers to a season-ending left knee injury and the team;s backups are inexperienced, to put it mildly.

Why Bet On Georgia State?

Georgia State also lost three of their final four regular season games including an embarrassing 38-10 smackdown loss against Georgia Southern in their regular season finale, but there are a couple of good reasons to back the Panthers in the Arizona Bowl.

Georgia State has the more potent offense in this matchup by putting up 32.4 points per game (42nd) to Wyoming’s far more modest 24.3 points per contest (96th). Then, there’s the fact that the Panthers rank a stellar 14th nationally in rushing (245.2 ypg).

Panthers senior running back Tra Barnett is the school’s first 1,000-yard rusher and he finished the regular season ranked 11th nationally in rushing yards with 1,389. The bad news is that Georgia State has a mostly pitiful defense that allows a whopping 36.1 points per contest (120th).

I know Wyoming struggles to score the ball and that the Cowboys have issues at quarterback, but Georgia State is completely awful on defense and I believe that fact, combined with Wyoming’s stingy defense will be the reasons the Cowboys get the win and ATS cover in this affair.

Posted: Monday, December 30, 2019 8:32, EST
Wyoming and Georgia State will both be looking to pick up a feel-good victory when they square off in the 2019 Arizona Bowl on Tuesday, December 31 at 4:30 PM ET, live from Arizona Stadium in Tucson. While both teams finished with identical 7-5 records to reach the 2019 Arizona Bowl, both programs also struggled mightily down the stretch run Read More

Posted: Friday, November 8, 2019 3:46, EST
With the college football playoff committee releasing their first rankings of the season, all of the talk has been about the top 4 and how the rest of the season might shape the playoffs. It’s certainly a big deal and it’s easy for fans to get caught up in all the drama of the race for the postseason, only to Read More

Posted: Wednesday, August 22, 2018 4:10, EDT
One of the great things about getting to write about football, other than the obvious, is that you are often forced to pay attention to teams that other folks simply pay no heed to. I have always said that NCAAF Betting enthusiasts should step outside of their comfort zones and take time to look at more than just a single Read More

Posted: Wednesday, December 20, 2017 9:29, EST
There are two things worth watching in Friday’s Famous Idaho Potato Bowl between Central Michigan of the MAC and Wyoming of the Mountain West: Cowboys quarterback Josh Allen in likely his final college game and how the teams adjust to playing on the Smurf Turf in Boise. Let’s see how the NCAAF lines are doing for this classic Bowl game. Read More

Posted: Tuesday, December 20, 2016 4:14, EST
If you’re looking to both, enjoy – and possibly cash in – on the best college football game of the week, then you’ve come to the right place gridiron gaming enthusiasts! You see, not only will you be treated to what promises to be highly entertaining affair when the BYU Cougars and Wyoming Cowboys meet on Wednesday. Analyzing The Week Read More

Posted: Monday, December 19, 2016 1:12, EST
One of the nation’s biggest surprise teams this season is Wyoming, which played in the Mountain West Championship Game. The Cowboys’ reward is a game against independent BYU in Wednesday’s Poinsettia Bowl in San Diego — the only bowl game on the schedule that day. The Cougars are solid favorites on college football odds. BYU vs Wyoming Poinsettia Bowl Odds, Read More

Posted: Friday, October 28, 2016 3:06, EDT
The 13th-ranked Boise State Broncos will look to remain unbeaten and improve their chances of reaching the four-team CFB Playoff when they hit the road to take on a dangerous Wyoming Cowboys team is playing its best football of the season right now. Now, let’s find out if the Broncos can bring home the ATS bacon as well as the Read More

Sports in the State of Wyoming