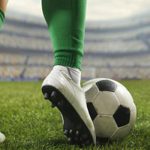 Among the favorites, which nations have qualified for the 2022 World Cup?

Brazil, France, England, Spain, Germany and Argentina have all qualified for the Cup, which means every nation offering less than +1000 odds has qualified.

Belgium, the Netherlands, Switzerland, Serbia, Croatia, and Denmark have also qualified for next year’s WC. The other team that has qualified is Qatar.

Let’s be clear, though, Qatar got an automatic bid as the host nation. A couple of teams that many soccer handicappers expect to play well next year, Italy and Portugal, have yet to qualify for the tournament.

Which favorite offering odds of +580 to +990 has the best shot of winning the WC?

It’s difficult to look past Nations League winner France. Kylian Mbappe, Karim Benzema, Paul Pogba and the rest appear to have finally gotten it together.

France won the 2018 World Cup. They were a young team back then. Next year, France will be somewhat older but still more than capable of making it back-to-back victories.

Another team to consider? Spain played great in the Nations League. More importantly, the Spanish may have discovered a star striker in Man City forward Ferran Torres.

One of the knocks about El Rojo during the EURO 2020 tournament was how Spain struggled to find goals. Torres figures to alleviate that issue.

Name a couple of nations that have yet qualified that can win the World Cup?

The two teams that come to mind are Italy and Portugal. Both should qualify and both should have very good 2022 World Cup runs.

The Azzuri won EURO 2020. Jorginho, Federico Chiesa, Nicolo Barella, and the best goalie in the world, Gianluigi Donnarumma, should ensure the Italians grab a WC berth.

The only issue with Italy could be how to replace Giorgio Chiellini. The Juventus star will be 38 by next year’s WC, which means he may not step onto the pitch.

Portugal could give themselves a boost at next year’s tournament by leaning more on brilliant Man United midfielder Bruno Fernandes than they do on Ronaldo.

Like Chiellini with the Azzuri, Ronaldo is up there in age. The Great One will be 37 by the time they kick off the 2022 World Cup. So making Fernandes the focal point could help Portugal.

What two nations have the best chances of winning their first World Cup in 2022?

Rivals Mexico and the United States should both qualify for the 2022 World Cup. The top three teams during CONCACAF WC Qualification stamp their ticket to next year’s tournament.

It’s doubtful Panama overtakes El Tri. The Mexicans should qualify. Once they do, Mexico becomes one of the underdogs that can win the title.

The United States will also have a puncher’s chance. At no time in U.S. soccer history has the American side produced as many Euorpean League players.

Christian Pulisic is a legit starting striker. So much so that both Liverpool and Barcelona have shown interest to transfer Pulisic from Chelsea during the next window.

Every year, the U.S. gets better. That doesn’t mean they will win the 2022 World Cup. It does mean that among the biggest underdogs, the U.S. along with Mexico is one of the best plays.

Posted: Monday, November 15, 2021 4:25, EST
On Tuesday, CONMENBOL teams continue their quest for 2022 World Cup berths. Colombia is a huge favorite against Paraguay while Peru is the chalk in a road match versus Venezuela. Uruguay heads to Bolivia the chalk and Argentina welcomes rival Brazil. Ecuador and Chile also throw down. See below for FIFA World Cup Qualifiers odds, analysis, and free picks for Read More

Posted: Wednesday, November 10, 2021 2:51, EST
CONMENBOL and CONCACAF FIFA World Cup Qualifying matches continue this week. On Thursday, Chile battles Paraguay while Colombia takes on Brazil. Then on Friday, Costa Rica battles Canada and Mexico goes against the US. Lionel Messi and Argentina are in action twice this week, on Friday versus Uruguay and then against Brazil on next Tuesday. Check out FIFA World Cup Read More

Posted: Monday, October 11, 2021 5:54, EDT
UEFA World Cup Qualifying matches continue on Tuesday, October 12 when England hosts Hungary a -2 ½ goal chalk. In addition to England versus Hungary, the Swiss battle Lithuania, Portugal takes on Luxembourg, and the Greeks throw down with the Swedes in the days most competitive WC match. Check out FIFA World Cup Qualifiers odds on MyBookie, analysis, and free Read More