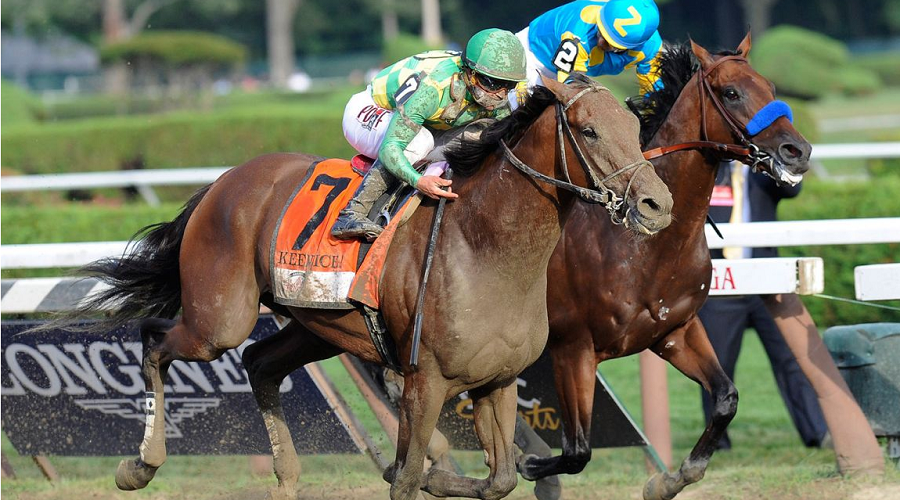 Horse Racing Betting News
The Breeders Cup card on Saturday, October 31st features 9 huge races that every sportsbetting fan should at least explore heading to this weekend. We covered the first 4 (races 3-6) in an earlier article, so now let’s take a look at the next 4 on the card.

Best way to #wakeup in the morning is to……. But first, Let me take a Selfie!! @BC15 #RunHappy @IMariaValentine pic.twitter.com/zn68zV9Zuw

Race 7 is the $1.5 million Twin Spires Sprint with a field of 14. The pick of this group is Runhappy and trainer Maria Borell, but he is one that you select at your own peril. He is an absolute beast of a horse with power and speed to burn, but he also has made a habit of stumbling out the gate. If he gets a clean break, he should easily put this field away. Private Zone and Limousine Liberal are the horses most likely to benefit from any kind of starting gate issues should they arise.Race 8 is the $2 million Breeders Cup Mile featuring a field of 12. This is another race where putting your money on the European entries might well be a very good idea. French horse Make Believe is definitely worth taking a look at, as is Tepin, who already has an impressive win over the Keeneland course this season. Those two are likely to land in the money, as is Esoterique. If you want a horse at a longer price to add to your exotic tickets, I would consider throwing Woodbine Mile winner Mondialiste in there.Race 9 is the $2 million Sentient Jet Breeders Cup Juvenile featuring a field of 14. This is another race where the early pace could well dictate the winner. Brody’s Cause has ridiculous closing speed, and could well run them all down if the pace up front is a little slower. If it stays hot, he may have to settle for a share of the spoils. Exaggerator and Unbridled Outlaw are also likely to figure in the money, and you should also keep an eye out for longshot Rated R Superstar.Race 10 is the $3 mIllion Longines Turf featuring a field of 12. Looking down the entire Saturday race card, there are few horses that are of the quality of Golden Horn in this one. He has won 7 of his first 8 starts, and the lone loss came by a mere neck. It’s tough to see him not winning this race, which is why he should be keyed on top in your exotics. The Pizza Man, Big Blue Kitten, and Found should also be in there for a share of this huge purse.
Older post
Newer post