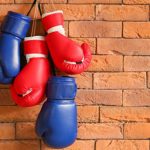 After a raucous 2021, so far this year celebrity boxing matches have taken a backseat to actual boxing events. That could all change in February if Floyd Mayweather Jr., like many expect, steps back into the ring. In addition to Floyd, Jake Paul should have at least two fights this year, Oscar De La Hoya might begin his celebrity boxing career, UFC Heavyweight Francis Ngannou might step into the ring, and the Paul Brothers could end up fighting each other. Logan Alexander Paul is an American YouTuber, internet personality, and boxer which we can bet on.

After a raucous 2021, so far this year celebrity boxing matches have taken a backseat to actual boxing events. That could all change in February if Floyd Mayweather Jr., like many expect, steps back into the ring. In addition to Floyd, Jake Paul should have at least two fights this year, Oscar De La Hoya might begin his celebrity boxing career, UFC Heavyweight Francis Ngannou might step into the ring, and the Paul Brothers could end up fighting each other. Check out the biggest questions regarding this year’s celebrity boxing matches so you can plan your bets against the Boxing Lines.

Who will Floyd Mayweather Jr. fight next?

Mayweather hinted at the bout during a press conference in December 2021. If the fight does happen, DAZN might air the bout.

Belhasa is a famous UAE rich kid. He’s got around 2.6 million YouTube followers. No doubt, Floyd will find it easier to beat Money Kicks than he would Jake Paul, whom he spoke trash about all through last year.

Will Jake Paul step out of the celebrity boxing category?

Paul’s destruction of Tyron Woodley proved he can hang with real boxers. The problem, of course, is that JP is already a name pugilist.

Jake’s sort of in the middle. Either he starts building a potential championship boxing resume, or he decides to continue to cash checks by beating up MMA fighters. Paul could decide to fight one of the top cruiserweights in the world, but he wouldn’t stand much of a shot against someone like WBO Champion Lawrence Okolie.

It will be interesting to see what Jake decides to do this year. Does we become a real champion level boxer? Or will he decide to cash checks for at least one more year?

Did Oscar witnessing the destruction talk him out of a comeback? Maybe not. First, let’s be clear, De La Hoya most definitely won’t box Vitor Belfort.

Belfort looked like a strong 40-year-old. He’d punish Oscar. So if De La Hoya returns to the ring, he’ll go against someone he believes he could beat like, maybe, Logan Paul. Or he could try and talk Julio Cesar Chavez into a third fight.

Who knows what Oscar will do? As far as Vitor is concerned, he may not get another celebrity boxing opportunity because he didn’t hold back against a legend. It pained real boxing fans to see Evander go down like that.

So Belfort’s celebrity boxing career may have ended before it started.

In Paul Land, things are getting weird. KSI called Jake one of the worst things you can call a person in front of brother Logan.

Jake sent a note to Conor McGregor telling Conor to take the fight. McGregor may never fight again, much less box an opponent 20 to 30 pounds heavier than he is.

Neither Paul brother has said who they will fight next and both have watched as their crypto fortunes have fallen along with the NASDAQ. So is it possible that Jake and Logan fight this year?

If Jake decides to call it quits, if he really doesn’t want to pursue an actual boxing career, he could decide to go out in a blaze of glory in a huge boxing match against brother Logan. The younger Paul brother has a lot of skill.

If he put his mind to it, he could become a force in the cruiserweight division. But his game isn’t perfect. So who knows? Maybe, older bro Logan wins in a Paul versus Paul matchup.

Will Ngannou versus Fury really happen?

Tyson Fury is tired of beating up Deontay Wilder and Anthony Joshua is too scared to fight Fury. So the Gypsy King has been calling out UFC heavyweight champion Francis Ngannou.

Fury versus Ngannou would be a very good fight. Ngannou has one of the best chins at UFC. Francis used wrestling to best Cyril Gane this past weekend.

But in most of his bouts, Ngannou destroys his opponents in the stand up. So Fury would be in danger facing a hard-hitting, tough fighter. No doubt, Tyson would pull out the victory, but it wouldn’t be an easy win and there would be a chance at any moment that Ngannou could land a vicious punch that sends Tyson to the mat.

Of all the possible celebrity boxing matches this year, Ngannou versus Fury is the one to watch. If it happens, and all signs are pointing to it happening, the bout would be epic.

Posted: Tuesday, November 30, 2021 10:28, EST
A date and location for the Iron Mike versus Logan fight has yet to be announced. Although most believe the fight will happen, there are specifics to hash out such as whether the participants will allow a knockout, how many rounds for the fight, and if judges will score the bout. But although that’s true, boxing fans and analysts feel … click title for full article.

Posted: Tuesday, November 23, 2021 4:34, EST
Rumors continue to swirl that Iron Mike Tyson will throw down against YouTuber Logan Paul. Both men have said they’d agree to a fight. After Logan’s impressive performance versus Money Mayweather, and Tyson’s willingness to get back into the ring, it’s only a matter of time before details emerge regarding the early 2022 fight. Check out an update on fight … click title for full article.

Posted: Tuesday, November 16, 2021 3:55, EST
The rumors of a Mike Tyson versus Logan Paul fight are close to deafening. But would Iron Mike really step into the ring versus Logan Paul? What advantages would Paul, who hung with Floyd Mayweather Jr. in a celebrity boxing match earlier this summer, have versus Mike Tyson, one of the hardest hitting heavyweights in history? Check out the edge … click title for full article.

Posted: Sunday, June 6, 2021 10:23, EDT
After the biggest buildup for an exhibition bout in history, YouTube star Logan Paul, 3-0 undefeated boxer Jake Paul’s older brother, steps into the ring against one of the greatest pugilists in history, Floyd “Money” Mayweather Jr. The time for talk is over. Last week we ran through the best prop bets. This week’s Paul versus Mayweather article is about … click title for full article.

Posted: Thursday, May 27, 2021 2:12, EDT
There’s about a week before one of the greatest spectacles of the year, maybe, of all time takes place when Floyd “Money” Mayweather takes on Logan “I Need a Boxing Nickname” Paul. When Floyd announced the fight, Money was a -750 favorite. As we head into the final week before the fight, Mayweather is now a -1000 chalk. Forget talking … click title for full article.
View Full Boxing Archive