MLB Betting News
For online sports betting fans, it looked as though the AL Central would pretty much be a dogfight between the Kansas City Royals and the Detroit Tigers. While it is still too early in the season to see if that is how it will indeed be, the signs after just 8 games are certainly pointing in the direction. Both teams have got off to a flying start, and the Tigers will try to keep things going when they start a 3-game series against the White Sox on Friday.

The Detroit Tigers (8-1) have been very much as advertised, with hot bats and solid pitching combining to create a near perfect start to the season. They certainly set the tone in the opening series of the season versus the Minnesota Twins, hammering in 22 runs, while the pitching staff only gave up 1 unearned run. The Cleveland series, which ended in another sweep, was a bit of a slugfest, but pithing once again took over as the Tigers took out the Pirates 2-1 over the 3 games. David Price (1-0, 0.00 ERA) will get the start on Friday, and will be looking to continue his strong start to the season. He was flawless in his opening start versus the Twins, pitching 8.2 scoreless innings. He threw 5.3 versus the Pirates, again giving up no runs in the process. 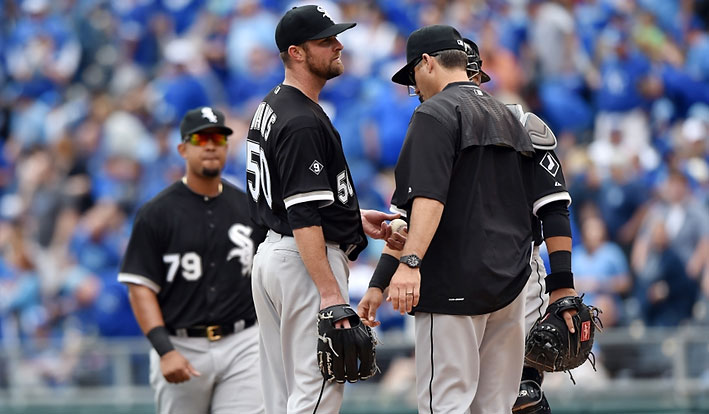 No-one really knows what to expect from the White Sox (3-5) this season, but the feeling is that if they are going to have any sort of success, it will be because of their re-tooled pitching rotation. Chicago got off to a tough start, losing their first 4 games of the season, but they seem to have righted the ship a little with the return of Chris Sale, who promptly got the win in his first start versus the Twins. The bats seem to have come alive, too, but let’s keep in mind that most of those runs came against a Minnesota Twins team who look as though they are going to be pretty bad this season. The White Sox will send Jeff Samardzija (0-1, 6.23 ERA) to the mound on Saturday, and will be hoping that he can build on the solid 7 innings he put in against the Twins in his second start of the season.

The fact that Price has looked close to unhittable this season poses a problem for the White Sox. Combine that with the fact that the Tigers are red hot, and Samarzija was rocked in his opening start, and you get a comfortable Detroit win, at least in my opinion.
Older post
Newer post