NBA News and Rumors
Steph Curry and the high-scoring Golden State Warriors will look to dispatch Zach Randolph and the rest of the Memphis Grizzlies when the two Western Conference title hopefuls throw down in their Game 6 matchup tonight. Thanks to this expert online betting look at tonight’s close-out contest, you’re going to have a great chance to have a successful  cash in with a potentially winning wager.

Golden State jumped all over Memphis on Wednesday, winning Game 5 98-78 to take a 3-2 series lead as Klay Thompson scored a team-high 21 points while Curry added 18 points. Curry made six 3-pointers and recorded six steals in Game 5 while veteran guard Andre Iguodala had 16 points off the bench on 7-of-10 shooting. The Warriors made 14 of 30 three-point attempts.More importantly, Golden State has won the last two games by an average of 18.5 points against the offensively-challenged Grizzlies and now seems to be in full control of this Western Conference semifinals matchup. Golden State has now held Memphis to 86 points or less three times in this series.“I think I said the first couple games, ‘Our defense was good enough but it wasn’t championship defense,’” Warriors head coach Steve Kerr told reporters. “I was wrong. This is what it’s going to take.”Memphis has failed to reach the100-point plateau in the series and played without defensive wizard Tony Allen with the veteran swingman sitting out with a hamstring injury. Allen plans to play in Game 6 tonight as much as his injury will allow him.“I am doing this for the guys in that locker room,” Allen told reporters. “I’ve been there with them since Day One. I’d rather be in there in that battle. If they say our season is on the line and we need everybody, I’m one of the troops.” 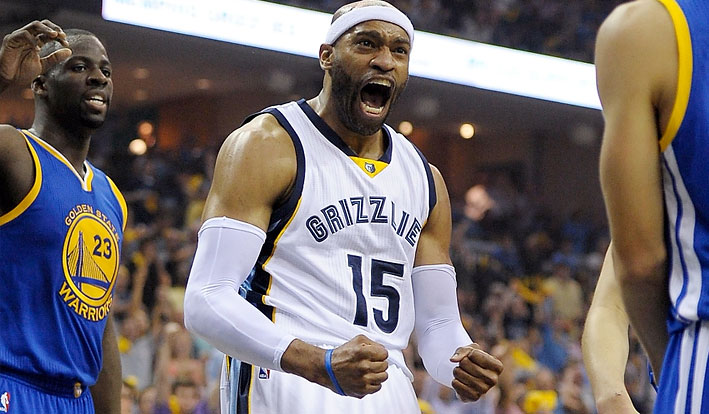 Warriors head coach Steve Kerr has figured out how to slow both, Zach Randolph and Marc Gasol and the Grizz simply don’t have enough players that can score the ball consistently.The Warriors are 9-3 ATS in their last 12 games following an SU win of more than 10 points and an impressive 9-4 ATS in their last 13 road games against a team with a winning home record.I know Memphis has gone 5-1-1 ATS in their last seven games following an SU loss and an identical 5-1-1 ATS in their last seven home games, but the Grizz are also just 1-3-1 ATS in their last five games playing on one day’s rest and just 1-4 ATS in their last five home games against a team with a winning road record.The Pick: Golden State wins and closes out the Grizz tonight. Warriors 97 – Grizzlies 90NBA bettors that like to wager on the Over/Under Total should know that the Under is 5-0 in the last five meetings in Memphis and 5-0 in the last five meetings overall. SourcesABCnews.com (http://abcnews.go.com/Sports/wireStory/warriors-whip-grizzlies-98-78-series-lead-31032870)Wikipedia.org (http://en.wikipedia.org/wiki/Steve_Kerr)
Older post
Newer post