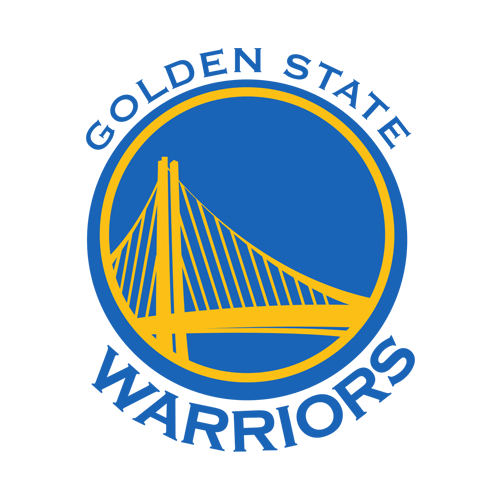 The Golden State Warriors dominated Game 1 of the Western Conference Finals against the Dallas Mavericks, and NBA oddsmakers solidly favor the Dubs in Game 2 back at home on Friday.

How to Bet Mavericks at Warriors NBA Odds & TV Info

Why Bet on Dallas?

The Mavericks looked flat off their Game 7 upset win at Phoenix in losing Game 1 of this series 112-87. The result never felt in doubt. Luka Doncic was held in check with 20 points on 6-for-18 shooting, seven rebounds, four assists, one steal and three made three-pointers. Golden State’s plan on defense isn’t to overload on Luka Doncic but to “cut off the others” instead. Luka got off to a decent start in this one but Andrew Wiggins had his number this evening with some terrific defense. The Mavericks were minus-30 when Luka was on the court.

Jalen Brunson was held to 14 points on 6-for-16 shooting. Brunson finished as the third-leading scorer for the Mavericks in the contest, but he missed all five of his attempts from deep and finished with his lowest point total in six games. Dallas struggled collectively on offense in the contest, shooting just 36 percent from the field as a team and going 11-for-48 from beyond the arc.

Spencer Dinwiddie had 17 points. Dinwiddie played fewer minutes than all but one of Dallas’ starters, but he still managed to rank second on the team with 17 points in the loss. Since scoring just two points in Game 5 of the second-round series versus Phoenix, Dinwiddie has averaged 20.7 points over his subsequent three contests.

Overall, the Mavericks shot 36 percent. Tack on the 51-35 rebounding deficit and they were out of this one quickly after halftime.

“There were a lot of great looks that just didn’t go down,” Coach Jason Kidd said. “It happens. It’s basketball. Hopefully we get those same looks in Game 2, and we believe we’ll make them. When you shoot 48 threes, we’ve got to make some, and we just didn’t make them.”

Losing Game 1 is nothing new as Dallas did in the first round vs. Utah and lost the first two in Round 2 vs. Phoenix.

Why Bet on Golden State?

Stephen Curry recorded his first double-double of the 2022 NBA Playoffs with game-highs in points (21) and rebounds (12) and six other Warriors scored in double figures to help the Warriors gain a 1-0 series lead vs. the Mavericks with the Game 1 blowout. The Warriors led by nine at the half, 54-45, and used a 10-0 run to turn a seven-point advantage into a 17-point lead, 64-47. It was basically over.

Curry led all players in points (21), rebounds (12) and assists (four, tied with four others) in Game 1, the first time in his playoff career he has done so in all three categories.

“We are super comfortable on this stage,” Curry said. “There’s more gratitude of being back here and more sense of urgency on not letting the opportunity slip away. Who knows how it plays out, but I’m enjoying every bit of this. I know Klay [Thompson] is, as well, and I know Draymond [Green] is because we haven’t played meaningful games at this time of year in two years. It’s special.”

each tallied 10 points. It was the sixth time in Warriors franchise history seven players scored at least 10 points in the same playoff game and the first since May 16, 2017 vs. San Antonio.  Not only did Wiggins score well, but he also put in a monster defensive shift on Luka Doncic as the primary defender. He was a +19 in his 35 minutes.

In Game 2, the Warriors have a 39-34 all-time record, including 17-5 since 2015. The Warriors are one win shy of 200 playoff victories and would become the fifth team in NBA history to reach the milestone, joining the Lakers, Celtics, 76ers and Spurs.

Posted: Wednesday, May 18, 2022 9:30, EDT
The Dallas Mavericks absolutely destroyed the NBA’s best regular-season team, the Phoenix Suns, in Game 7 of the Western Conference semifinals, but oddsmakers still consider the Mavs solid underdogs on the NBA odds for Game 1 of the West Finals at Golden State on Wednesday. How to Bet Mavericks at Warriors NBA Odds & TV Info When: Wednesday, 9 PM Read More

Posted: Friday, May 13, 2022 9:02, EDT
The Golden State Warriors were flat-out embarrassed in Game 5 of their Western Conference playoff series in Memphis, but NBA oddsmakers fully expect the Warriors to finish off the series in Game 6 against the Grizzlies on Friday in San Francisco. How to Bet Grizzlies at Warriors NBA Odds & TV Info When: Friday, 10 PM ET Where: Chase Center Read More

Posted: Wednesday, May 11, 2022 4:33, EDT
In just a matter of a few days, we will know which 4 teams will be heading into the Conference Finals in the NBA playoffs. The 4 series are all incredibly tight, although we do have a couple of teams on the brink of clinching a spot in the next round. There have been no huge surprises throughput the postseason, Read More

Posted: Wednesday, May 11, 2022 6:30, EDT
The Golden State Warriors can finish off the Memphis Grizzlies in Game 5 of their Western Conference semifinal series on Wednesday night, and the Warriors are road favorites on the NBA odds because Memphis is likely to be without star Ja Morant again. How to Bet Warriors at Grizzlies NBA Odds & TV Info When: Wednesday, 9:30 PM ET Where: Read More

Posted: Monday, May 9, 2022 2:26, EDT
The Memphis Grizzlies are expected to be without All-Star guard Ja Morant on Monday at Golden State, which has become a double-digit favorite on the NBA odds for Game 4 of their Western Conference playoff series. How to Bet Grizzlies at Warriors NBA Odds & TV Info When: Monday, 10 PM ET Where: Chase Center TV: TNT Stream: TNT app Read More

Posted: Tuesday, May 3, 2022 10:11, EDT
The Golden State Warriors won a thrilling Game 1 of their Western Conference playoff series in Memphis on Sunday despite losing Draymond Green to ejection late in the first half. The Dubs are short road favorites on the NBA odds to take a 2-0 lead Tuesday. How to Bet Warriors at Grizzlies NBA Odds & TV Info When: Tuesday, 9:30 Read More

Posted: Wednesday, April 27, 2022 10:01, EDT
The Denver Nuggets avoided a first-round sweep in their Western Conference playoff series vs. Golden State but are heavy underdogs on the NBA odds in Wednesday’s Game 5 back in San Francisco as the Dubs should finish things off. How to Bet Nuggets at Warriors NBA Odds & TV Info When: Wednesday, 10 PM ET Where: Chase Center TV: TNT Read More

Posted: Wednesday, April 20, 2022 12:01, EDT
In looking at the Western Conference, many feel that one of the top three seeds will win the conference. Throughout the regular season, it was a three-team race for the top spot, as Phoenix, Memphis, and Golden State were all vying for the top seed. Now that we’re in the playoffs, anything can happen, and there could be a surprise Read More

Warriors Road to the 2019 NBA Finals

Can anyone actually beat the Golden State Warriors? Of course, they’re placed Number 1 in the Western Conference, and Number 1 to Win the NBA Championship Series. With four of the top 20 players in the NBA, two of which are in the top, is there really any doubt that they’ll win it?