NBA News and Rumors
As expected, the Cleveland Cavaliers won the first two games of their opening round series versus the Boston Celtics, and will be looking to wrap things up in Boston. Despite those wins, the first two games have been more competitive than the final scores may suggest. In both games, the Celtics have had leads, only to see them wiped out in the fourth quarter with LeBron James and Kyrie Irving doing the majority of the damage. Can Boston win Game 3 in this series? This online betting analysis says yes.

Date: Thursday, April 23, 2015Time: 7:00PMVenue: TD GardenOpening Line: Cleveland -4There can be no denying that the Cavs have more talent and a much deeper bench than the Celtics, but there is something of a trend starting to develop here, and that is that Cleveland is putting all their scoring eggs in a couple of baskets. Boston had no less than five players scoring in the double digits during Game 2, but they are going to also have to look at winning the rebounding battle if they want to get back into this series.That is something they were able to do in the second game, winning the offensive rebounding battle 13-12 after being pretty much dominated in that regard in Game 1. The same cannot be said on the defensive side of the ball, though, as Cleveland still hold a pretty decent lead in total rebounding over the two games. Both games have had a bit of a rollercoaster feel to them, with the Celtics starting fast, only to be overhauled by the Cavs, who then hold on as Boston charges late. 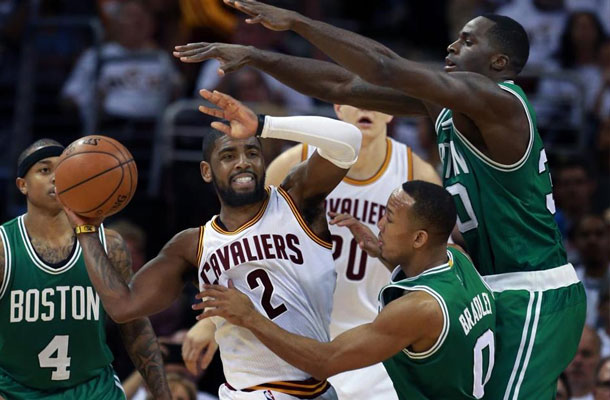 What that shows is that the Celtics are not a team about to roll over and play dead, and you can bet that they will get an additional boost by playing in front of their home crowd. Boston has yet to put together a complete game over the first two outings, and that is exactly what they are going to have to do if they hope to get back into this one.

While there are plenty of people who believe that this series in done and dusted, the Celtics have shown enough in the first 2 games to indicate that they are not going to simply let Cleveland have an easy entry into the second round. If they can get off to a fast start in Game 3, they can use the excitement of the home court crowd to avoid the lull that they have experienced in the first two games. The Cavs will eventually win the series, but I think Boston nabs Game 3.
Older post
Newer post