NBA News and Rumors
After Game 3 in the Western Conference semi-final, the online betting favorites Golden State Warriors found themselves in a spot of trouble, but they have rebounded nicely, and now head to Memphis on Friday night with the opportunity to book their place in the conference final. They will be well aware, though, that the Memphis Grizzlies are not going to go down without a fight.

Warriors C/F Marreese Speights is out for the series vs. the Grizzlies with a calf strain http://t.co/LijjO0LcZf pic.twitter.com/yBLf61FVzk

Golden State proved that they could play defense with the best of them on Wednesday night by beating the Grizzlies 98-78 in Game 5. It was the sort of dominating performance that can very much set the tone for the next game in the series. That said, Golden State is going to have to get off to a much better start in Game 6, especially if they want to make the home court crowd a non-factor. They were sloppy to begin Game 5, and quickly found themselves in a 13-point hole. They managed to end the opening quarter with a 16-2 run that served as the springboard for the rest of the game. Stephen Curry hit a trio of 3-pointers during that stretch, and ended the game with 18 points, all of which came from 3-point territory. 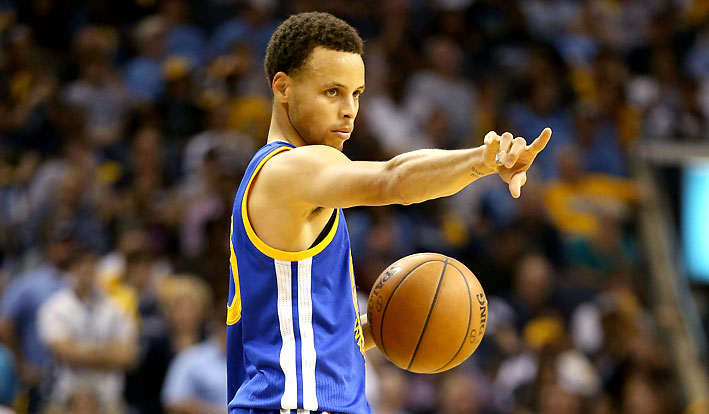 The Memphis Grizzlies are now in a do or die situation that looks to be leaning more to the side of death, given how they were dominated in Game 5. If someone had told you before that game that the Griz would be able to hold Steph Curry and Klay Thompson to a combined 39 points, you would likely have believed that Memphis would come out with the win. What we failed to mention is that Shaun Livingston, David Lee, and Andre Iguodala would all make terrific contributions that essentially rendered what the Splash Brothers delivered as just the icing on the cake. Iguodala in particular was brilliant in the crucial Game 5 match-up, ending the game with 16 points, a personal best for him this postseason, and a game high +23. Everyone knows what to expect from him defensively, but when he chips in on offense the way he did on Wednesday night, the Warriors go from being tough to beat to downright impossible. The Grizzlies are now in the position of not knowing who to cover, as the Warriors line-up is quite simply wearing them down.

The Grizzlies will need to get off to another fast start in order to get the crowd into the game. If they let the Warriors get control early, this thing could get ugly. I think the Warriors get the win and move on to the Western Conference Final. SourcesESPN.com (http://espn.go.com/nba/player/stats/_/id/3975/stephen-curry)SFgate.com (http://www.sfgate.com/warriors/article/Warriors-Andre-Iguodala-thrives-in-Game-5-win-6262523.php)
Older post
Newer post