NBA News and Rumors
For online betting action in the NBA Finals, Stephen Curry was good, but Draymond Green and Andre Iguodala were great for the Warriors. On the opposite end, Tristan Thompson and Kevin Love were good, but LeBron James was amazing for the Cavaliers. So, why then did Golden State win the Finals? One reason… Steve Kerr was in a plateau of his own, tailoring and tweaking his team to unsettle Cleveland in ways only a brave and well-calculated coach could do.

Kerr Setting the Trend for Other Coaches

It all started in Game 4 of the Finals. With the Cavs leading the series 2-1 and the Warriors staring at the 3-1 hole in Cleveland’s backyard, Kerr made a chess move, replacing the ineffective centre Andrew Bogut with Iguodala in his starting lineup for the purposes of closing down LeBron, while also taking advantage of the Cavs’ weak rim protection. The move paid huge dividends, as Iguodala scored a tied team-best 22 points while playing good defense, helping the Warriors to tie the series 2-2 through a 103-82 rout at the Q.Speaking after the loss, LeBron admitted that, “Coach Kerr did a great job of mixing the lineup.”In Game 5, Kerr was at it again, keeping most of his Bigs out of the game and playing a starting lineup with no true center for the second consecutive game. The Cavs, looking to match the Warriors, adjusted their lineup by taking out Mozgov, who had in fact been their best player in Game 4. And the adjustment worked straight into Kerr’s trap, with Curry and Co. lighting up the scoreboard from all over. In the end, LeBron had a triple-double of 40 points, 14 rebounds and 11 assists, but the Warriors (led by a 37-point performance from Curry) won the Game 104-91.Finally in Game 6, it was a mixture of everything, with Kerr simply talking up his players into being confident and having fun. By the time J.R. Smith was coming alive in the fourth quarter, draining ridiculous threes, the game was all gone.In the three games (starting from Game 4), Kerr had not only found a way to absorb LeBron’s heavy punches, but he had also mastered a working formula to stun the Cavs twice at the Q. Moreover, in those three games, he had riskily plucked out Bogut from the starting line-up, replacing him with Iguodala (a consistent reserve throughout the season). And in the end, Iguodala did his job to perfection, earning himself the highly coveted NBA Finals MVP award, ahead of usual starters like Curry, Thompson, Green and even the outstanding LeBron.Of course, this was a win for the Warriors as a team, a win for the management, a win for the fans, but more importantly, it was a big win for the young Kerr, a rookie coach who stood tall in ways that many experienced coaches have failed to do. With the standards set so high, it is now time for other coaches to follow suit, or find ways picking a leaf or two from Kerr as they seek to write their own histories.

Predicting the Top NBA Moves in the 2015 Offseason 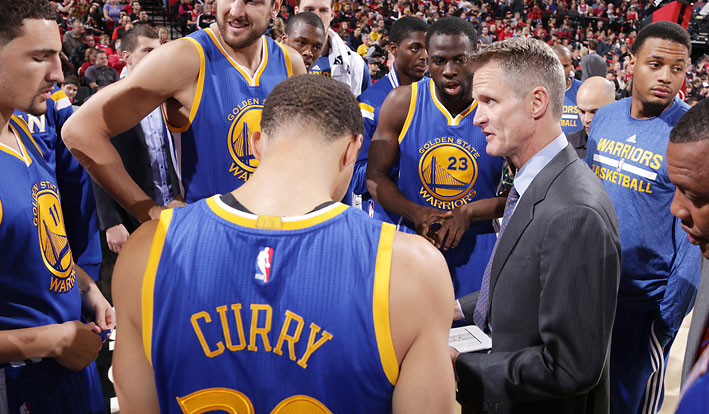 Even before the finals, Kerr’s job was never in question. He had already exceeded expectations as a first-time coach by leading Golden State to several records, including the league-best regular-season record in spite of being in the tough Western Conference. With the many accomplishments he’s had en route to ending the 30-year NBA championship drought, expect any goodwill that would have initially come his way from the management to multiply tenfold. And of the many things to come his way, expect Kerr to pen down at least a 3-year deal, with a big-number salary next to his name. 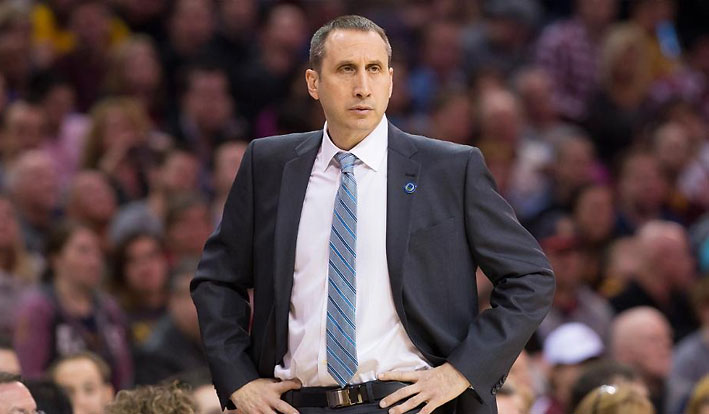 Before Game 6 of the Finals, renowned NBA pundit Chris Sheridan reported that there is “reason to believe Blatt’s job is on the line.” To the untrained ear, hearing such a rumor about Blatt’s impending axing, especially now after losing to the Warriors, may sound very believable. After all, Cleveland’s owner Dan Gilbert has proven in the past that anyone is dispensable to him, right? Wrong! By any standards used to measure the success of an NBA coach, Blatt is bound to come out on the very successful side. Throughout the regular season, Blatt found a way of making the environment conducive for James and Co., as he made crucial changes to the team, including bringing J.R. Smith, Timofey Mozgov and Iman Shumpert to strengthen his unit. Then, after qualifying for the playoffs as the No. 2 seed in the East (mark you after a poor 19-20 start), the Cavs lost Kevin Love and later Kyrie Irving, which greatly limited their options.But even with such adversities, the Cavs impressed in the playoffs, beating the deeply-talented Bulls, before going on to sweep the East-leading Hawks in the conference finals. And at the NBA Finals, they gave Golden State all they could, coming to within one game of winning it all. After such accomplishments in his first year with the team, it would be utterly ridiculous if Cleveland decided to fire Blatt. Matter of fact, I’d be willing to bet my house and job on Blatt staying in Cleveland because I know that him being fired is not going to happen. 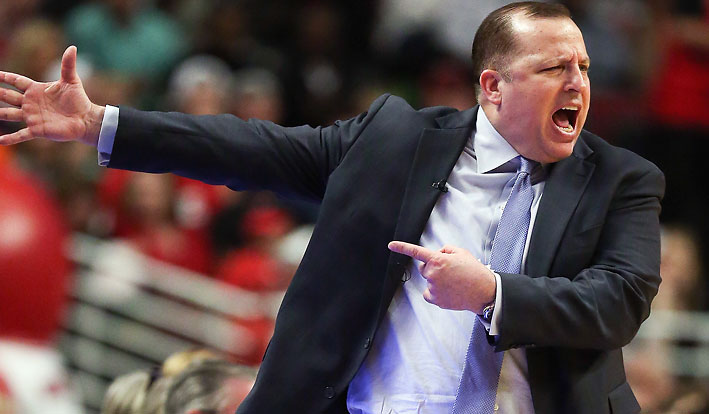 All the good coaching vacancies that were available in Denver, New Orleans, Oklahoma City, and Orlando in this offseason have so far been filled, and none of those positions has been filled by the jobless Thibodeau, who was recently fired by the Bulls. After compiling an impressive 255-139 record in his time with the Bulls and making it to the playoffs in each of his five seasons, there is no doubt that Thibodeau would be a major upgrade to many of the current head coaches in the NBA. In fact, if he had been fired earlier, like let’s say at the end of the regular season, then Thibodeau would already have a new job. But with the Bulls going it deep into the 2014-15 playoffs, and the announcement of his axing coming later into the offseason when most teams had fired and started deliberating on new coaches for their teams, there were bound to be complications of him landing a new job.Nonetheless, I still believe that as the postseason continues, one of current teams in the league will decide to release its current coach and have Thibodeau in his place. The Lakers and the Timberwolves are two teams that could potentially fit the bill here. 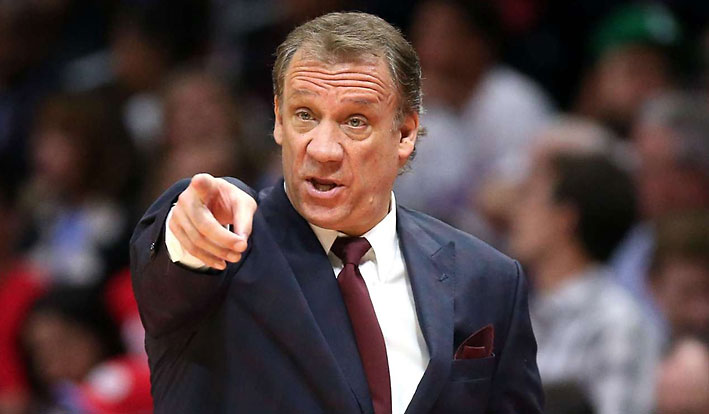 Speaking of the Minnesota Timberwolves, the team’s owner Glen Taylor recently glimpsed that he is planning on getting a new coach to take up the responsibilities of Flip Saunders.According to Brett Pollakoff of ProBasketballTalk, Taylor commented on the coaching situation in Minnesota by saying, “With the effort that he put in this year to bring this team along, it’s probably 90 percent (that Saunders will continue to coach the team). (But) if he sees somebody and he changes his mind, he certainly could convince me. I think eventually I want a different coach, and I want him (Saunders) to be the GM. My guess is that he’ll go another year.”With the Timberwolves set to draft Kentucky’s Karl-Anthony Town or Duke’s Jahlil Okafor using their No. 1 overall pick, there will be a need to get a befitting coach to help the selected player adjust into the team, while also using the free agency to get good value players. Saunders, as a coach, has done a serviceable job and he will probably continue to do so, given more time.But with Sanders also doubling up as a shareholder in the team and the General Manager, his responsibilities tend to be overwhelming and conflicting at times. Waiting until next season to get the right could thus be the way forward. However, it wouldn’t be surprising if Saunders (together with Taylor and the team’s board) found someone in this postseason to lead the team, hence accelerating the timeline for Saunders to relinquish his coaching duties and stick to being a GM, as suggested by the franchise owner.SourcesNBCsports.com (http://probasketballtalk.nbcsports.com/2015/05/20/timberwolves-owner-on-flip-saunders-i-think-eventually-i-want-a-different-coach/)ESPN.com (http://espn.go.com/nba/player/_/id/2444/jr-smith)
Older post
Newer post