NBA News and Rumors
Yes, I know it’s still very early in the season, and that a lot of things can change in the coming weeks, but the Eastern Conference has started out a little closer than just about everyone expected. There seems to be a level of parity in play that makes for great match-ups and very good betting opportunities. It looks to be another great one on Wednesday night when the conference leading Cleveland Cavaliers head to Toronto to face the Raptors.

It took a little while for Cleveland (11-3) to get rolling last season, but LeBron and company are taking care of business early this year. A huge part of their early season success has been their play on home court, where they are a perfect 8-0. They have not really had their own way on the road, though, and a .500 record away from home suggests that this could be a very tricky little trip for them. As you might expect, the Cavaliers have been a pretty dominant offensive force so far this year, with LeBron leading the way in all the offensive team stats. More pleasing for the Cavaliers has to be the way they are playing in their own end, as their 97.1 points per game allowed has them sitting 6th overall in the league in that category. The Cavs are coming into this one on a 3-game winning streak, with all of those victories coming at home. They have lost their last 2 road games, and will be looking to snap that streak on Wednesday. 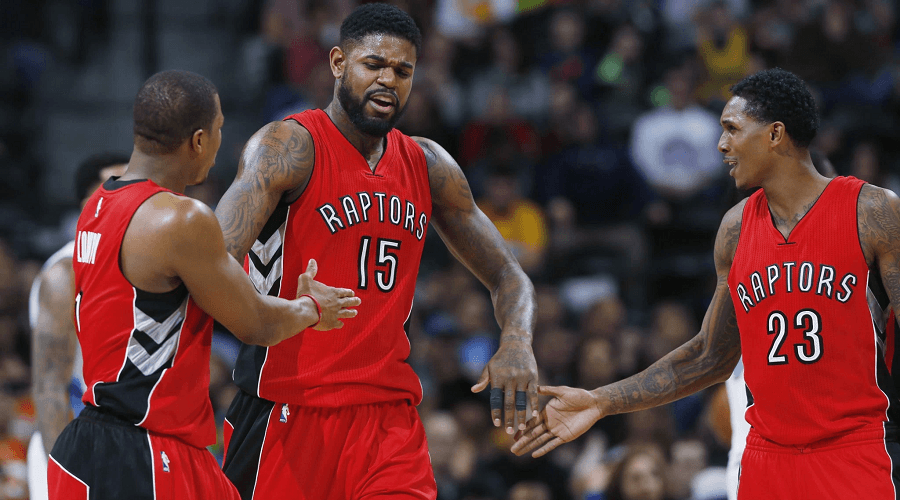 The Raptors (9-6) looked like a team to fear through the first 5 games of the season, as they tore through everyone that stepped in their way. There has been a distinct cooling off period since then, though, including a pair of 3-game losing streaks. In fairness to the Raptors, they have been asked to play 11 of their opening 15 games on the road, and to be able to come away with a 6-5 record through that is not altogether awful. They have looked very good in the games that they have played on home court, and you feel that they will get into a groove as soon as they play an extended stretch of games in Toronto. Offensively, the Raptors are a little lower down the food chain than they would like to be, but they are right there with the Cavaliers in terms of points allowed per game.

The Cavaliers took 3 of 4 from Toronto last season, including both regular season games played north of the border. I expect this to be a close one, but I do believe that Cleveland will come away with the win. The last 27 games between these two in Toronto has seen the UNDER come up 21 times.
Older post
Newer post