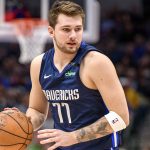 The Boston Celtics will look to bounce back from their latest head-scratching loss when they host the Sacramento Kings on Friday night. A participant in three of the last four Eastern Conference Finals, Boston has played some uneven basketball all season long. Despite having two, young all-stars on their roster, the C’s sit in seventh place in the Eastern Conference standings.

In Sacramento, the Kings are sitting in 13th place, but just four games behind Boston in the win column. Are the Celtics set to rebound from their latest loss or are the C’s ripe for another ‘upset’ loss in what has been a season full of them already?

Let’s get to my expert NBA odds analysis and ensuing prediction for Kings Vs Celtics affair.

Sacramento is 16-24 on the year, but the young Kings are dangerous because of their high-scoring offense. Sacramento ranks an impressive eighth in scoring by putting up 115.0 points per game to rank eighth in scoring. Sure, Sacramento’s defense leaves a lot to be desired, but the Kings have at least been competitive more often than not this season.

Sacramento has split their last four games evenly and comes into this affair fresh off a thrilling 121-119 road win over Washington on Wednesday night. De’Aaron Fox scored a team-high 28 points and sank a game-winning jumper with 0.7 seconds left in regulation to lift the Kings to victory.

“It was one of those moments where it could’ve gone either way,” said Kings coach Luke Walton. “That’s why I say, it’s so good for these guys to be in these type of games.”

Sacramento started three players age 23 or younger, including the 23-year-old Fox. The Kings allow 120.0 points per game defensively and have gone 7-12 on the road this season.

Boston got their beans baked for the second straight game on Wednesday night. After getting smacked around at home by Utah 117-109 on Tuesday, Boston was on the wrong end of a 117-110 road loss against Cleveland on Wednesday. Boston got a team-high 29 points from Jayson Tatum and 28 points from Jaylen Brown, but the C’s lost for the third time in their last four games.

I’m going to get right to the point by saying that I just don’t trust Boston this season. The C’s have suffered some head-scratching losses this season and just don’t play defense they way the have for the last few seasons. Sacramento has a nice collection of young players starting with De’Aaron Fox and first round draft pick Tyrese Haliburton.

I’m going with Boston to get the narrow home win out of sheer desperation, but I’m going with Sacramento to keep it close until the very end to cover the ATS betting odds.

Posted: Sunday, August 9, 2020 8:56, EDT
Houston Rockets vs Sacramento Kings Score NBA Result | NBA Betting Odds & Scores The Rockets, now 4-1 in the restart bubble, did what they had to do to defeat the Sacramento Kings. Austin Rivers scored 41 points off the bench, James Harden tallied 32 points, eight rebounds and 7 assists, and the Houston Rockets roared back from a Read More

Posted: Friday, August 7, 2020 5:59, EDT
The NBA is back! Great games happen this weekend including a huge battle between the Clippers and Trail Blazers on Saturday, August 8. Check out analysis and free picks for the top matchups this weekend in the National Basketball Association so you can bet on their NBA odds! NBA Betting – Top Games for August 8 & 9 Matches When: Read More