NBA News and Rumors
This is what the playoffs are all about! Those were the words said by Hawks coach Mike Budenholzer in response to how the Nets shocked them on Monday Night to tie the series at 2-2. After making a late regular-season surge that saw them clinch the No. 8 seed in the Eastern Conference at the expense of heavyweight teams like Miami, the Brooklyn Nets are at it again, this time trying to claim a rare 1st seed-8th Seed upset when they take on the home-favored Atlanta Hawks on Wednesday. With their series tied at 2-2, thanks to Brooklyn’s OT win over Atlanta on Monday, we take a look at Wednesday’s Game 5 and guide NBA betting enthusiasts of how to wager on this important clash.

As it turned out on Monday Night, sometimes the only numbers you need to be concerned about are those on the scoreboard. Despite allowing a whopping 60 points on the paint, 13 nailed 3-pointers, and being outrebounded 55-40 in Game 4, the Nets outscored the Hawks 59-53 in the second half (including a 30-point performance in the fourth quarter) to tie the scores at 104-all at the end of the final quarter, before adding 16 points to beat the Hawks 120-115 in OT. 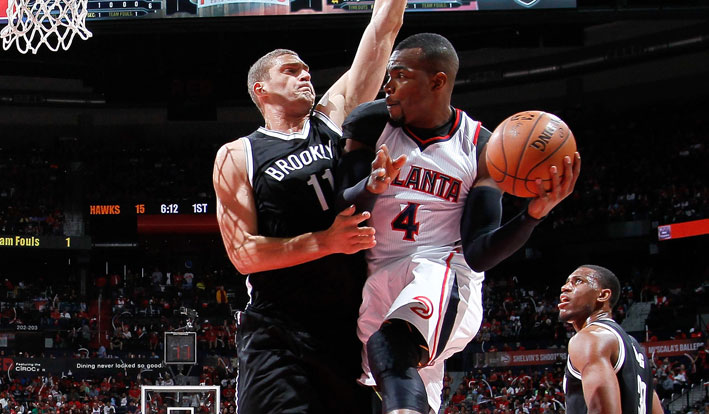 Several Brooklyn players, including Brook Lopez, Bojan Bogdanovic, and former Atlanta player Joe Johnson all played pivotal roles, but it was Deron Williams who deserved the most praise for his all-rounded performance for the Nets. After not being able to feature much on Brooklyn’s playoff scoresheet, D-Will returned with a bang, scattering numbers all over the game sheet with a playoff career-high of 35 points (including a 7-of-11 shooting fro deep), 7 assists, 5 boards and 3 steals.On the flipside, Jeff Teague led the Hawks with a double-double of 20 points and 11 assists, complemented by another double-double of 16 points and 11 boards from Kyle Korver and 20 points and 9 boards from the consistently in-form DeMarre Carroll. Bearing in mind the earlier mentioned numbers about Atlanta on the paint and in the rebounding department, together with the individual statistics by Teague and Co., it’s hard to claim that the Hawks had bad game. The only difference in the end was that Brooklyn was hungrier for the victory and was riding hot on its home support. 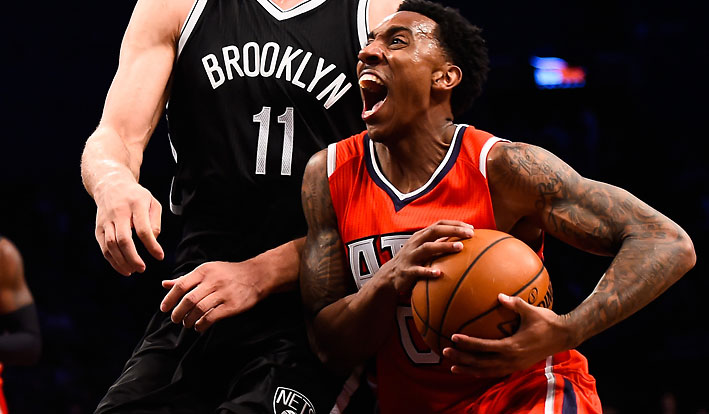 With the Hawks now being on the benefitting end of their home-court support, a much better showing can be expected of them, as Korver, Carroll and Al Horford probably play more zealously than the road-challenged Nets, who have won just 1 of their last 5 road games.

The Hawks snap Brooklyn’s two-game winning streak with a close victory, but Brooklyn covers the spread to maintain its 100% ATS record in this year’s playoffs, with the total staying UNDER in a hotly contested matchup.SourcesESPN.com (http://espn.go.com/nba/recap?gameId=400790924)NYpost.com (http://nypost.com/2015/04/26/enraged-hawk-vows-nets-revenge-hated-our-game/)
Older post
Newer post