NBA News and Rumors
The opening round of the NBA playoffs offered very little in the way of major drama or excitement, but the second round is more than making up for that. The top seed in each conference is still alive, although both of them are being made to work very hard through the first 4 games of their respective series. In the West, the Golden State Warriors are tied at 2-2 with the Memphis Grizzlies, with NBA betting for Game 5 set for Wednesday night in Oakland.

Time: Wednesday, 10:30 p.m. ETVenue: Oracle Arena, OaklandNational TV: TNTOpening line: Warriors -9.5 (195 points)The Warriors looked very much like the number 1 seed in Game 1, as they cruised to a very comfortable 101-86 victory. The feeling then was that they were simply going to blow Memphis out of the water in 4 or 5 games, but the Grizzlies had other ideas. The Warriors looked sloppy in Game 2 on a night when Stephen Curry was awarded his MVP trophy. There was certainly some level of distraction to be used as an excuse there, but there were no excuses to be offered up in the Game 3 loss, where the Warriors were essentially outworked and outhustled at every turn. Golden State is a team that many people view as soft, and the body of work delivered in Game 3 appeared to back that up. That all went away in Game 4, as the Warriors looked dominant in every facet en route to a 101-84 win. 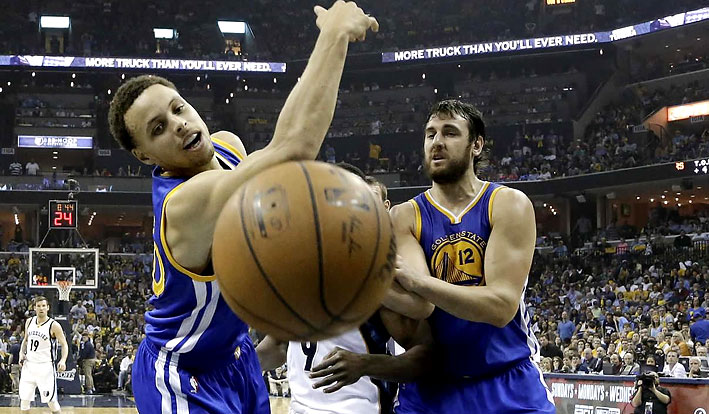 There can be no denying that the fortunes of the Grizzlies took a turn for the better the moment that Mike Conley returned to the fold. He was a major contributing factor in both of the Grizzlies wins in the series, and he is going to have to continue to be that way if Memphis are to progress. The first thing that Memphis are going to have to do when they head to Oakland for Game 5 is put the events of the previous game right out of their head. If they do think about anything from that game, they should focus on a couple of positives: they did a decent job of keeping the score at a semi-respectable level when a huge blowout looked likely, and they won the battle in the paint, outscoring the Warriors 44-34.

The Warriors have been off the scoring pace they set all year, but they are doing a pretty decent job of playing the defensive game was tops during the regular season. Curry looked like an MVP in Game 4, and I believe he will carry that play into Game 5 to help his team take a crucial lead in the series. SourcesUSAtoday.com (http://ftw.usatoday.com/2015/05/watch-stephen-curry-mvp-acceptance-speech)ESPN.com (http://espn.go.com/nba/player/_/id/3195/mike-conley)
Older post
Newer post