NBA News and Rumors
Okay mybookie.ag NBA roundball betting enthusiasts, with the 2015-16 regular season moving into its third week, you need to know which teams are covering the spread against their NBA Odds at a high rate. Thanks to this expert betting breakdown on the hottest ATS teams in the league, you’re going to get some great insight that will help you maximize your chances of making a series of winning wagers all week long. Not only will you find out which teams are covering the spread consistently, but more importantly, why.Okay, with that said, and tonight’s NBA action getting underway in a mere matter of hours, let’s get started.

Hot – These two teams have all covered the online basketball betting spread in at least four of their L/5 games.

With 26 points, 7 rebounds and 5 assists last night, @Yg_Trece has had 7 straight games with 20 or more points. pic.twitter.com/6Iw42I0TIN

I remember when I was young and my injury healing time was half of what it is now that I’m in my 40s. Having said that, it’s pretty evident and a bit humbling to my old ass, that 25-year-old Pacers superstar small forward Paul George has bounced back nicely from the gruesome broken leg he suffered a year ago. The sweet-shooting swingman is off to an incredible start, averaging a team-high 24.3 points and 8.8 rebounds per game, not to mention a healthy 4.6 assists and 1.5 steals per night. Indiana has won six of its last seven games straight up while posting a perfect 6-0 ATS mark until failing to cover the spread as a 7.5-point home fave in their 107-103 win on Friday night.

The Jazz may have lost young stud Dante Exum for the season due to a torn ACL, but the young layoff hopefuls are hanging in there, particularly when it comes to covering the spread. Utah has gone 5-1 ATS over its last six games and snapped a three-game SU skid by beating Atlanta on the road on Sunday night. Right now, I’m thinking the Jazz have the look of a team that is going to cover the spread at a high rate all season long even if they don’t finish with much more than a .500 record in the super-competitive Western Conference. 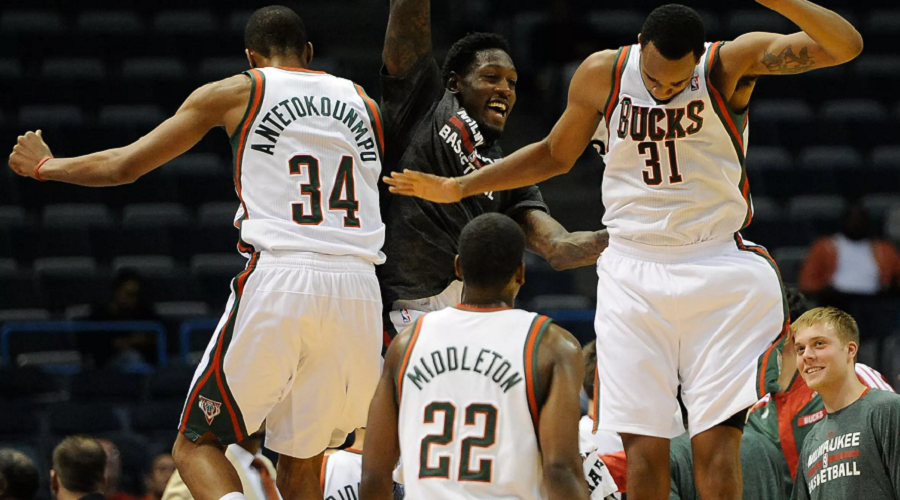 The young Bucks are a respectable 5-5 SU through 10 games, but they picked up a really quality win in their 108-105 overtime victory over LeBron James and the Cleveland Cavaliers on Sunday to move to 2-0 ATS over their last two games and 4-1 ATS over their last five. Newly signed center Greg Monroe is delivering by putting up a team-high 17.8 points, 10.2 rebounds and 1.3 steals per night while shooting a team-best, 54.8 percent from the field.

So what, DeAndre Jordan dissed Dirk and the Dallas Mavericks this offseason! Dallas is now having the last laugh after getting off to a solid 6-4 start through 10 games while spanking Jordan and the Clippers on Friday and doing likewise to James Harden and the Rockets the very next night. Dallas is 3-0 SU and ATS over their last three games and 4-1 SU and ATS over their last five. Dallas is playing excellent team basketball right now and has a different team leader in scoring (Dirk Nowitzki), assists (Deron Williams), rebounding and field goal shooting percentage (Dwight Powell).

Did You Know that veteran big man Zaza Pachulia is averaging a team-high 10.0 rebounds per night for the Mavs? 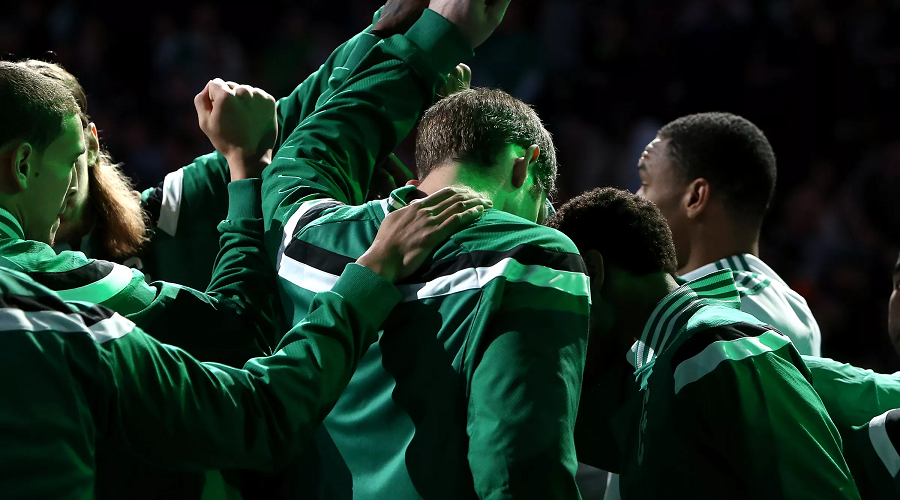 Who needs Larry Bird, Kevin McHale and Robert Parrish when you can beat the Wizards, Bucks, Hawks and Thunder in their last five games? Seriously, Boston is looking very good right now, even though their 5-4 SU mark doesn’t reflect their recent strong performances. The C’s are 4-1 SU and ATS over their last five games, thanks mostly to Isaiah Thomas’s 20.8 points and 6.3 assists per night.

Sure, the Knicks are just 5-6 through 11 games, but they’ve also won three of their last five games while going 4-0 ATS over their last four games. More importantly, it’s evident now that Phil Jackson got it totally right by drafting sweet-shooting big man Kristaps Porzingis with the fourth overall pick in this year’s draft. Porzingis is averaging an impressive 11.4 points per game and a team-high 8.4 rebounds per game.

Did You Know that Kristaps Porzingis has scored in double digits in all but two games this season?
Older post
Newer post