NBA News and Rumors
Having finished 37-45 last season, outside the playoff bracket, the Miami Heat franchise has made significant roster improvements this offseason to bolster their NBA odds of winning titles and playing better in the upcoming 2015-16 NBA season.Most notably, with the drafting of versatile rookie Justine Winslow, the re-signing of Goran Dragić and Dwyane Wade, and the returning of Chris Bosh to full health, Miami fans will have a lot to smile about in 2015-16 campaign. In fact, if you add up all that to the acquisition of Gerald Green and Amar’e Stoudemire, the Heat have enough fire in them to become legitimate playoff contenders in the Eastern Conference. Nonetheless, with the rise of LeBron James and the Cleveland Cavaliers, along with other Eastern Conference teams like Atlanta and Toronto, nothing is guaranteed about the season. But having assessed the offseason made by the Heat so far this offseason, here are key reasons why you should anticipate a better performance from Miami in the new season.

Miami has an Experienced Backcourt, Led by Dragic and Wade

Miami’s main focus in offseason was to re-sign its starting shooting guard and point guard, and so far, both items have been checked in their to-do list. Importantly, the team retained the services of Goran Dragic, a solid PG who can also play as an SG, averaging 16.3 PPG, 4.5 APG and 3.5 RPG last season. Dragic can also play as a ball handler in rolls and picks and operate on the defense as a slasher, something that brings additional flexibility on both sides of the field.Miami’s backcourt also boasts of having Dwyane Wade, who has always been a positive influence and motivation to the team whenever he is on the court, mainly due to his leadership and championship pedigree. In addition, Wade’s work ethics, basketball ground rules and mentorship will support the growth of promising athletes such as James Ennis, Justice Winslow and Tyler Johnson, helping them to make quick transitions into formidable NBA talents

Miami has the Best Frontcourt in the East: Deng, Bosh and Whiteside 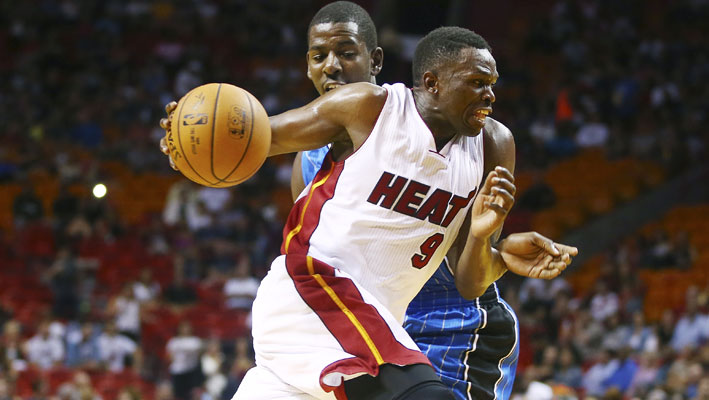 Luol Deng usually presents offensive and defensive nightmares to most NBA opponents, particularly in the Eastern Conference, so his presence in Miami should guarantee continued nightmares for the likes of Cleveland and Atlanta. Additionally, Hassan Whiteside, who impressively averaged at 13.7 PPG, 11.7 RPG and 2.8 BPG in a limited 28.4 minutes per game since the All-Stars last season, can never be ignored. Meanwhile Bosh who had to skip all-star due to blood clots in his lungs also had an impressive season, posting stats of 21 PPG, 7 RPG, and 38% shooting from downtown before his health concerns sidelined him. Undoubtedly, the trio has enough frontcourt talent to keep the Heat blazing throughout the season, assuming no major injuries befall them this year. 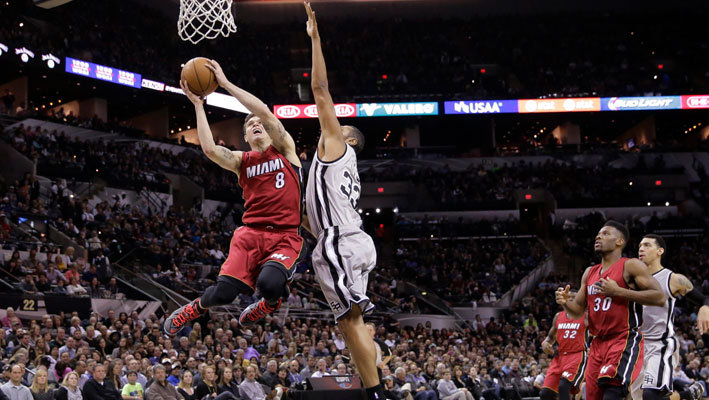 Wade and Deng have been top defenders throughout their careers, highlighted by perennial recognitions as leaders in defensive win shares and All-defense recognitions. Furthermore, Whiteside has also developed into a defensive monster with per-36-minutes numbers of 3.9 BPG and 15.2 PRG. With this type of leadership setting the precedence, and Miami’s up-and-coming youth such as Tyler Johnson, Udonis Haslem, Chris Anderson and Shabazz Napier adding energy and skills to the D, a top 10 defense could be in the offing for Miami this year. 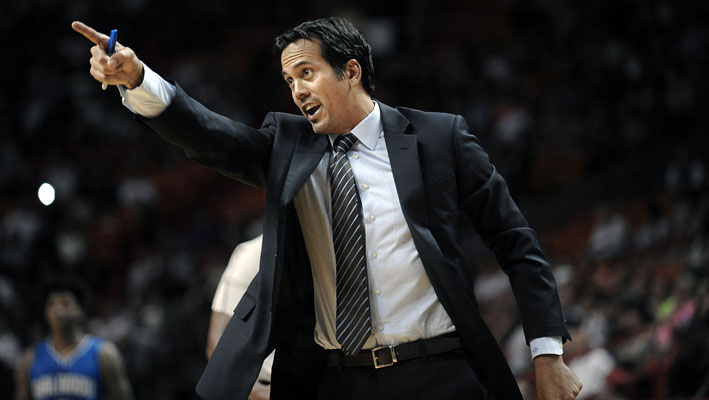 A coach is a very influential figure to any team. Although a coach can never replace talent, a seasoned coach is required to take a roster brimming with talent to the next level. And fortunately, Miami has a person with all those qualities and much more in Coach Erik Spoelstra. Prior to last season, Spoelstra extra-spoiled Miami fans by delivering two championships on four finals appearances, averaging at 72 percent in regular-season wins, and that is not counting the divisional and conference titles that litter his highly successful career. Numbers aside, Spoelstra is a proven leader and a facilitator who doesn’t crack under on-court pressure or off-court media antics, like many coaches do.

Conclusion and Predicting Miami in 2015 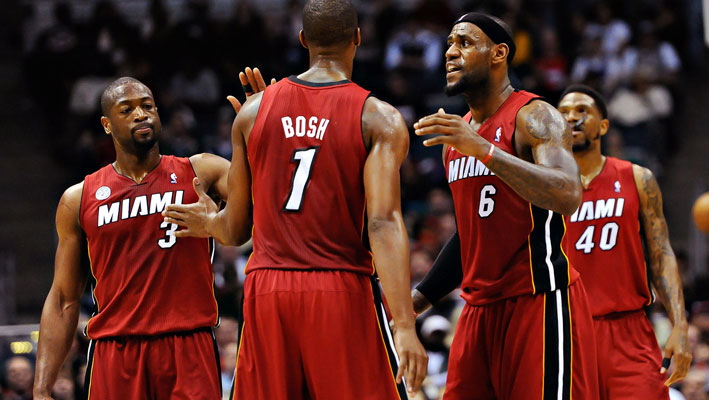 Last season was not the best of seasons for the Heat, with the exit of LeBron being a major factor behind it, and a number of key injuries (including Wade and Bosh) limiting their competitiveness. If the team can stay healthy in 2015, then a much better performance should be due in the coming season, considering all the factors mentioned above, plus the reality that the Eastern Conference is not tough to navigate like the West. So at the very least, expect Miami to clinch the Southeast Division title with a berth in the playoffs. At best, earmark the Heat for the 2016 Eastern Conference NBA Finals against the Cavaliers, with a possible upset by Miami to win that series to reach the National Championship game. And once in the Finals, then anything can happen, including a Miami win. Sources:NBA.com: http://www.nba.com/heat/contact/directory_spoelstra.htmlCBSSports.com: http://www.cbssports.com/nba/eye-on-basketball/25074203/grade-the-trade-the-miami-heat-acquire-goran-dragic-for-picks
Older post
Newer post