The Tennessee Volunteers and Kentucky Wildcats are favored to win this week’s SEC Conference Tournament. The winner could be in line for a 1-seed in the NCAA Tournament. But, the SEC is deep this season. Will a team manage to upset either the Vols or Wildcats? Here’s a closer look at the latest odds to win the 2019 SEC Conference Championship!

Which of the two favorites deserve backing to win the 2019 SEC Conference Championship?

Both Tennessee and Kentucky offer +190 odds. Both have a shot to win the SEC Tournament this week. Tennessee has been the better team during the regular season.

The Volunteers beat Louisville and Gonzaga early while losing 81-87 in overtime to the Kansas Jayhawks. The Vols dominated in the SEC, winning their first 12 conference games, before losing 69-86 at Kentucky on Feb. 16. They gained revenge over the Wildcats with a 71-52 win on March 2.

However, Tennessee has shown signs of weakness in the last couple of months. They lost to LSU in overtime and then dropped a game to Auburn. That’s 3 losses in their last 7 games. For a team that had dominated their opponents so thoroughly earlier in the season, it’s an awful sign.

Kentucky has played better than Tennessee in their last 7. The Wildcats are 6-1 on the moneyline with standout victories over the Vols, at Mississippi, against Auburn, and versus Florida. Not only that, Kentucky’s got a major edge with Coach Cal roaming their sidelines.

Tennessee coach Rick Barnes is great, but he’s only coached Tennessee since 2015. Coach Calipari and the Kentucky Wildcats own the conference. They’re the team to back amongst the 2 chalks.

Of the less than +5100 choices, which team has the best shot of upsetting the favorites?

It would be easy to pick LSU or Auburn, but what’s the fun in that? Not only is it no fun to pick one of the two second choices, but both have issues. Auburn’s not as good as LSU while the Tigers from Baton Rouge shut down guard Ja’Vonte Smart and could be in a world of trouble outside of what happens on the court.

LSU’s part of the entire Adidas shoe scandal. That should weigh on their coach and players this week.

Mississippi could have won all 3 games, which means they would have headed into this week on a 4-0 moneyline streak. Not bad for a team offering +4000 odds.

Is there a +5100 choice or higher that could win the 2019 SEC Conference Championship?

Arkansas has a puncher’s chance to win the conference tournament. The Razorbacks looked terrible when losing 6 straight to South Carolina, Missouri, Mississippi State, Auburn, Texas A&M, and Kentucky. But since the 6 straight losses, the Razorbacks have won 3 in a row against Mississippi, Vanderbilt, and Alabama. 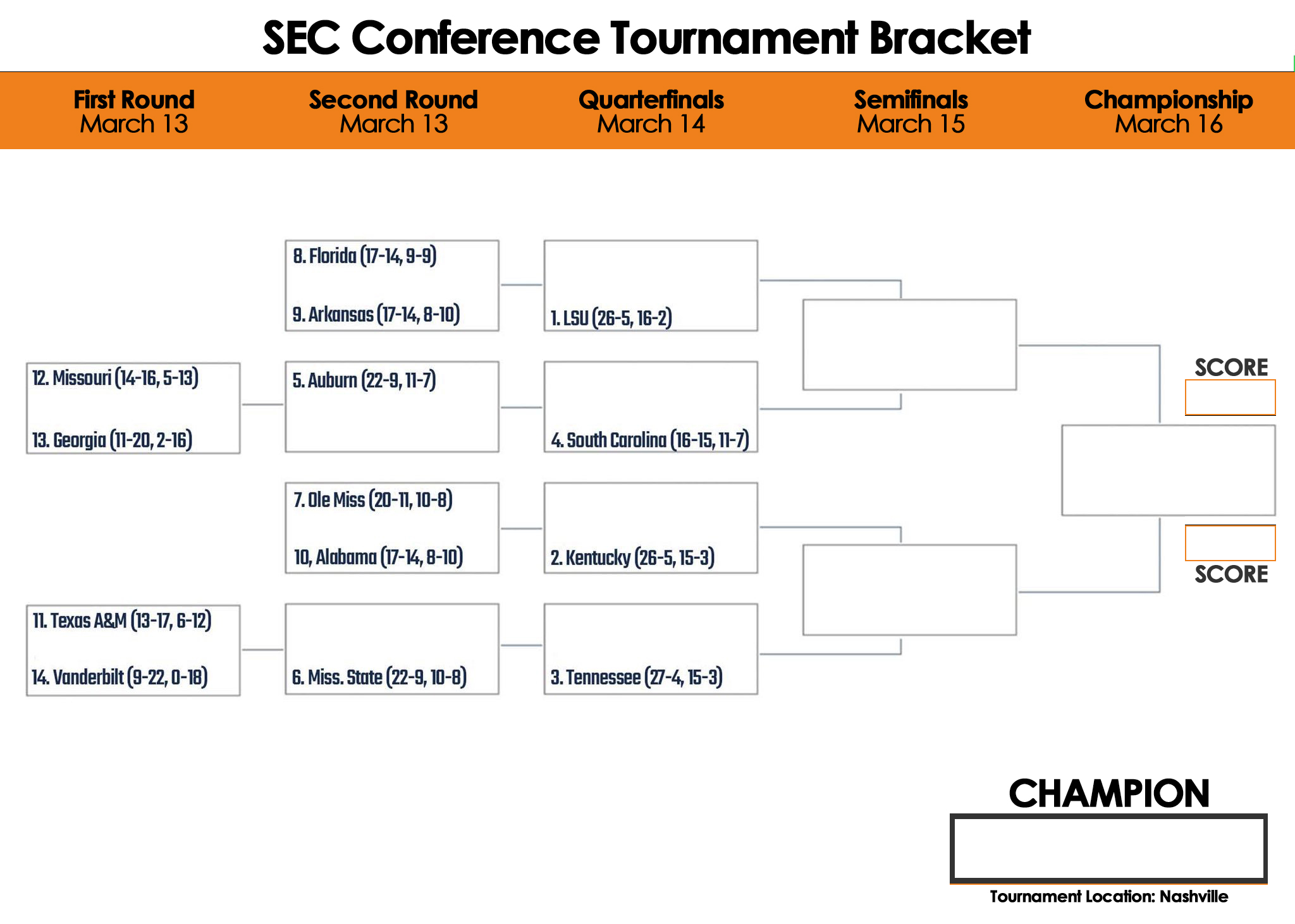