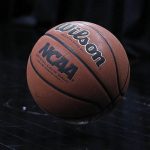 College basketball is in full swing with excellent matchups happening every day of the week. In this blog, we analyze and make picks for six of the top games from Tuesday, Dec. 7 through Thursday, Dec. 9. Top matchups include Michigan State at Minnesota and Seton Hall hosting Texas. Keep reading for analysis and free picks for six great college hoops games happening from Tuesday through Thursday. College Basketball is available to bet on starting late October and run through until the end of the March Madness Tournament Finals in early April, the season really starts to heat up as the College Football ends and highlights key days of each week to feature college hoops. Different Days of the week to bet on NCAA College Basketball include Super Tuesday (TV series) Super Tuesday appears on ESPN and ESPN2 every Tuesday in prime time with the biggest regular-season games in college basketball. The show is similar to Big Monday, Thursday Night Showcase, Saturday Showcase, Saturday Prime Time Sunday Night Basketball and Wednesday Night Hoops also across the ESPN Networks. CBS also broadcasts a lot of NCAA Basketball as well as the March Madness NCAA Tournament. If you are interested in Today’s Current NCAA Basketball odds your in the right place, and also be sure to check out MyBookie Bracket Central and our featured Printable March Madness 2021 Bracket 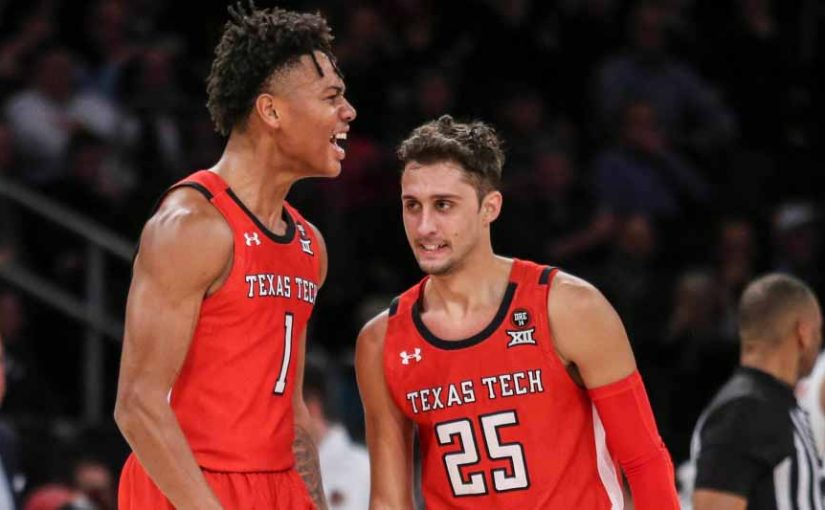 Good matchup between expected contenders in the Big 12 and SEC on Tuesday night in college basketball as Texas Tech, which is unranked despite a 6-1 record, faces Tennessee, which is also 6-1 but ranked 13th. The game is part of the Jimmy V Classic from New York and the Vols are favored on the NCAAB odds.

Texas Tech is 1-0 all-time against Tennessee with an 88-71 win on Dec. 3, 1953 in Knoxville, Tennessee. Against the SEC, Tech is 132-144 against current SEC opponents after a 76-71 win over LSU last year during the regular season before a 68-66 loss to Arkansas in the second round of the NCAA Tournament at Hinkle Fieldhouse in Indianapolis.

Why Bet on Texas Tech?

Texas Tech comes off a 72-68 loss at Providence last Wednesday. Texas Tech’s Kevin Obanor made a 3-pointer that tied the game at 65 with 2:10 remaining. Providence’s Al Durham scored the next four points before Terrence Shannon Jr.’s deep 3-pointer pulled the Red Raiders to 69-68 with 59.3 seconds left. Durham and Alyn Breed sealed it at the free-throw line.

The Red Raiders led by as many as 14 in the first half and took a 30-28 lead into the break. PC finished the game shooting 28 of 38 from the free-throw line while Tech was 17 of 24 and 10 of 15 in the second half. Shannon led Tech with 17 points in the game, while Obanor had 12 and Kevin McCullar added 10 in the team’s first true road game.

Shannon scored 13 of his 17 points in the second half after getting in early foul trouble in the first half. He finished the game shooting 6-for-11 from the field and was 2 of 7 on 3-pointers and is now leading the Red Raiders with 16.5 points per game this season. McCullar and Bryson Williams both fouled out in the game, while Shannon, Davion Warren and Marcus Santos-Silva each had four fouls.

“We had the momentum going and our guys were responding early with a great game plan,” Texas Tech head coach Mark Adams said. “I thought we were the most aggressive team. We got in foul trouble and I thought we lost some of our intensity. They did a great job of changing defenses to a zone and took the momentum from us. We didn’t handle their zone and then they killed us on the boards early offensively. Our defense was really good, we just couldn’t score.”

Williams is averaging 13.0 points and 5.6 rebounds per game to begin his super senior season at Tech. Williams played two seasons at Fresno State and two at UTEP before transferring to Tech over the summer to utilize a fifth season of eligibility. He currently has scored 1,718 points and has 784 rebounds through 128 games played in his college career. McCullar is averaging 14.2 points, 5.8 rebounds and 2.6 assists per game in his third season playing for the Red Raiders.

Adams is in his first season as the head coach at Texas Tech after working as the associate head coach for the program for five seasons. His 6-0 start was the best beginning to a season for a first-year head coach at Tech.

Why Bet on Tennessee?

Tennessee (6-1) won at Colorado 69-54 on Saturday in its last game. Before Saturday, Tennessee’s only road games since Jan. 25, 2020, were in SEC play, and it had not won a non-conference road game since Dec. 15, 2018, at Memphis. Colorado scored the first five points of the second half to get within five but the Volunteers went on a 10-4 run. The Buffaloes got within five again with 8:34 left but Tennessee scored the next eight points and never were threatened again.

Santiago Vescovi was Tennessee’s second-leading scorer, totaling 13 points on a perfect 5-for-5 shooting from the field, including 3-for-3 from 3-point range. John Fulkerson joined Chandler and Vescovi in double figures with 10 points, also adding six rebounds. In his first game back after missing three games due to injury, Josiah-Jordan James logged a team-high +22 in his 26 minutes of action. James scored five points and had team-highs in both rebounds (9) and blocks (4).

Saturday marks Tennessee’s first appearance in Madison Square Garden since winning the 2010 NIT Season Tip-Off. The Vols have competed in New York City on two separate occasions since then, both times in the Barclays Center—home of the NBA’s Brooklyn Nets.

The Vols own a 15-19 all-time record against current members of the Big XII Conference. Tennessee head coach Rick Barnes is very familiar with the Red Raiders from his 17 years as the head coach of the Texas Longhorns. Barnes led Texas to a 33-4 record against Texas Tech. Barnes’s 33 career wins vs. Texas Tech are his most against any opponent.

Posted: Monday, December 6, 2021 5:50, EST
College basketball is in full swing with excellent matchups happening every day of the week. In this blog, we analyze and make picks for six of the top games from Tuesday, Dec. 7 through Thursday, Dec. 9. Top matchups include Michigan State at Minnesota and Seton Hall hosting Texas. Keep reading for analysis and free picks for six great college Read More

Posted: Wednesday, December 1, 2021 11:25, EST
The 2021-22 College Basketball Season is underway, and we’ve already seen some great action! Some of the nation’s top teams have separated themselves early on from the rest of the field. Here are some early season NCAA Basketball National Championship Betting predictions for some teams that are capable of winning the Championship. Early Season Championship Predictions | College Basketball Betting Read More

NCAAB 2021 Week 3 Matches To Must Watch and Bet On

Posted: Monday, November 29, 2021 3:37, EST
All of those early season tournaments that we see in college basketball are now over, which means that we move away from neutral site games and into the home and away schedule that we are all used to. It also means that the easier games for the top teams are coming to an end, with conference play now very much Read More

Posted: Wednesday, November 24, 2021 2:18, EST
With the 2021-22 College Basketball season rolling right along, it’s time we take a look at the Ten Breakout Players for 2021-22 so you can start planning your bets against the College Basketball Betting Odds. Top 10 Burst Out Players 2020-21 Season Alondes Williams-Wake Forest Williams joined Wake Forest this season after spending his first two seasons in Norman under Read More

NCAA Basketball 2021 Season: Week 3 Matches To Must Wager On

Posted: Monday, November 22, 2021 3:18, EST
For the top-ranked teams in college basketball, the opening few weeks of the season tend to amount to little more than the equivalent of warm-up games. That is because we see a lot of mismatches in the early going as teams try to prepare for the bigger battles ahead. Yes, we still get the occasional game that sees ranked teams Read More

NCAAB 2021 Week 2 Matches To Must Watch and Bet On

Posted: Monday, November 15, 2021 3:00, EST
The first week of the college basketball season is in the books and we saw great performances, a few surprises, and a few teams who look to be ready to set the tone from the off. Like all sports, though, it is never a good idea to overreact to the first few games of the season, especially in the NCAA, Read More

Posted: Sunday, March 14, 2021 5:00, EDT
The SEC conference title and an automatic berth in the NCAA Tournament bracket are on the line when the No. 1 seed Alabama Crimson Tide (23-6) and the No. 3 LSU Tigers (18-8) meet on Sunday at 1:00 PM ET, live on ESPN. Alabama is favored by 5.5 points for this pivotal matchup.Betting Information Alabama vs LSU Betting Information Favorite Read More

Posted: Sunday, March 14, 2021 5:00, EDT
The No. 2 seed Illinois Fighting Illini (22-6) and the No. 5 Ohio State Buckeyes (21-8) will play to determine the Big Ten conference champion on Sunday at 3:30 PM ET, live on CBS. Illinois holds the advantage, as bookmakers favor the Fighting Illini by 5.5 points to claim the automatic berth into the NCAA Tournament bracket.Betting Information Illinois vs Read More