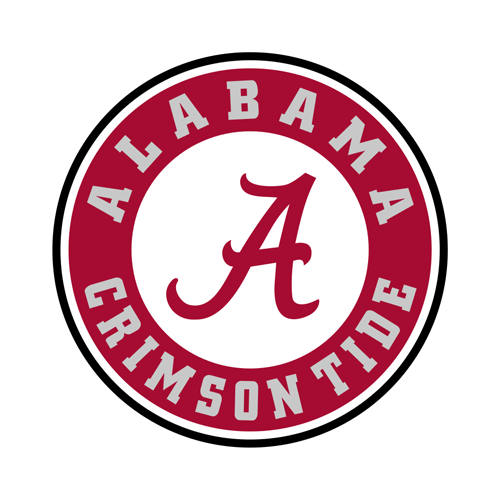 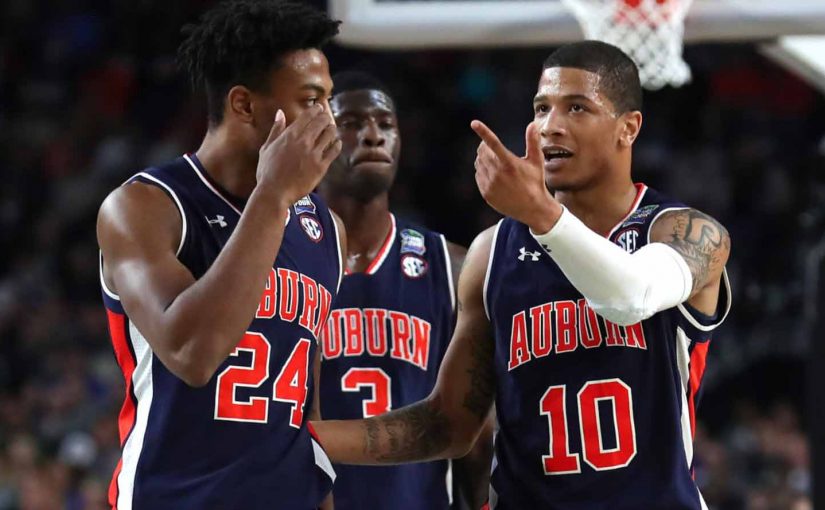 The entire state of Alabama is likely to shut down for a few hours on Tuesday night as top-ranked Auburn looks to complete the season sweep of bitter rival Alabama with the Tigers favored on the NCAAB odds.

On Jan. 11 in Tuscaloosa, the Tigers beat the Tide 81-77. Freshman Jabari Smith scored a season-high 25 points and Allen Flanigan made four straight free throws in the final 54 seconds. Smith’s 3-pointer gave Auburn a 73-59 lead with eight minutes left. Then Alabama scored the next 14 and tied it with Darius Miles’ dunk at the 4:04 mark. Flanigan iced it at the line. Dylan Cardwell blocked a 3-point attempt after Flanigan’s last two foul shots with 22 seconds left. Alabama missed its final eight shots. Auburn star center Walker Kessler fouled out with five minutes left on a charge, managing just two points and two rebounds. It was the first time since Jan. 22, 1987 the teams met when both were ranked.

All-time, the Crimson Tide hold a 99-66 record over the Tigers. Since Nate Oats was hired in the spring of 2019, Alabama holds a 3-2 record against Auburn.

Why Bet on Alabama?

It’s a bit surprising that Alabama didn’t re-enter the Top 25 after knocking off defending national champion and No. 4 Baylor 87-79 on Saturday. It was Baylor’s first non-conference loss in the last 36 games, dating back to November 2019.

It marked Alabama’s third victory this season over a team that participated in last year’s NCAA Final Four, having defeated Gonzaga (91-82) and Houston (83-82) earlier in the year. The Crimson Tide (14-7) also improved to 5-1 on the year vs. teams ranked among the Associated Press Top 15. It is the first time in program history Alabama has two wins over AP Top-5 non-conference teams in the same season.

Guards Jahvon Quinerly and Jaden Shackelford led the Tide with 20 and 19 points, respectively, with Shackelford pulling down a team-leading nine rebounds. Juwan Gary returned from missing the last two games with a facial injury to finish with 15 points off the bench on 7-of-8 shooting from the field

Alabama is now tied for the second-most Quadrant 1 wins in the country, while also being the only top-30 team in the NET with two Quadrant 3 losses. The Tide have allowed at least 1.00 points per possession in six of their seven losses, but done the same in just five of their 14 wins.

Tuesday will be the 12th time Alabama takes on the nation’s No. 1 team according to the Associated Press, holding a 4-7 record in those contests. The last time the Crimson Tide defeated the nation’s top-ranked team came in a 70-67 win over Stanford in the second round of the 2004 NCAA Tournament (3/20/04). Alabama’s last regular season victory over a No. 1 team came on Jan. 8, 1994 in a 66-64 home victory over Arkansas. Finally, the Tide’s only road win over a No. 1 team in program history came at UCLA on Jan. 28, 1982.

Auburn (20-1) beat Oklahoma 86-68 in the Big 12/SEC Challenge on Saturday for its 17th straight win, longest in the nation. Jabari Smith and Walker Kessler combined for 44 points and 21 rebounds to lead the Tigers to their 40th consecutive non-conference home victory. Smith tallied his fourth double-double of the season with 23 points and 12 rebounds. Kessler added 21 points, nine rebounds and four blocks.

“We had an advantage on the front line, and we took advantage of it,” Coach Bruce Pearl said. “Jabari Smith and Walker Kessler were dominant. That was a key.”

Georgia transfer KD Johnson has been terrific for most of the past month, averaging 15.6 points and shooting 42.1% from 3 over the past seven games.

Earlier Saturday, Director of Athletics Allen Greene announced that Pearl has agreed to a new 8-year contract that runs through 2030. There had been rumors Pearl was a candidate for the open Louisville job. The new deal will pay Pearl $5.4 million annually — more than Tigers football coach Bryan Harsin — with a $250,000 annual escalator.

It’s Pearl’s second contract extension with Auburn, as he inked a reported five-year deal worth $20.25 million after reaching the Final Four in 2019. That contract was set to run through the 2023-24 season, but Pearl’s new deal will take him through this entire decade.

Sophomore guard Wendell Green Jr. was named one of 10 watch list candidates for the 2022 Bob Cousy Point Guard of the Year Award as announced by the Naismith Memorial Basketball Hall of Fame on Monday. Green Jr. is averaging 12.2 points, 5.0 assists and 3.7 rebounds per game. Green Jr. ranks third among SEC assists leaders at 5.0 per game and with a 2.3 assist-to-turnover ratio.

Green Jr. was honored on the list with Jahvon Quinerly of Alabama, James Akinjo of Baylor, Isaiah Stevens of Colorado State, Andrew Nembhard of Gonzaga, Sahvir Wheeler of Kentucky, Will Richardson of Oregon, Kennedy Chandler of Tennessee, Tyger Campbell of UCLA and Collin Gillespie of Villanova.

Posted: Tuesday, February 1, 2022 9:49, EST
The entire state of Alabama is likely to shut down for a few hours on Tuesday night as top-ranked Auburn looks to complete the season sweep of bitter rival Alabama with the Tigers favored on the NCAAB odds. How to Bet Alabama at Auburn NCAA Basketball Odds & TV Info When: Tuesday, 9 PM ET Where: Auburn Arena TV: ESPN Read More

Posted: Wednesday, January 19, 2022 9:01, EST
At one point, Alabama looked like it might be the SEC’s best team this season, but the Tide enter Wednesday’s home game vs. No. 13 LSU on a three-game skid and out of the polls. However, Bama is a short favorite on the NCAAB odds vs. the Tigers. How to Bet LSU at Alabama NCAA Basketball Odds & TV Info Read More

Posted: Wednesday, January 5, 2022 8:37, EST
It’s two contenders in the SEC squaring off in one of the marquee college basketball games on Wednesday as No. 15 Alabama visits unranked but dangerous Florida. The game opened as a pick’em on the NCAAB odds. How to Bet Alabama at Florida NCAA Basketball Odds & TV Info When: Wednesday, 7 PM ET Where: Exactech Arena TV: ESPN Stream: Read More

Posted: Tuesday, December 14, 2021 9:21, EST
Memphis was a Top 15 team in the preseason polls, but the Tigers have disappointed so far. They still are mega-talented and very capable of upsetting No. 6 Alabama in the college basketball game of the night Tuesday. The Tide are short favorites on the NCAAB odds. How to Bet Alabama at Memphis NCAA Basketball Odds & TV Info When: Read More

Posted: Friday, March 26, 2021 9:17, EDT
No. 11 UCLA barely got into this NCAA Tournament, but the Bruins are the only team that has won three times in the 2021 Big Dance. However, they are solid underdogs on the NCAAB odds in Sweet 16 action on Sunday against No. 2 Alabama. How to Bet UCLA vs. Alabama NCAA Basketball Odds & TV Info When: Sunday, 7:15 Read More

Posted: Monday, March 22, 2021 1:42, EDT
The Big Ten has had a largely disappointing tournament overall, but No. 10 seed Maryland was an upset winner in Round 1 and the Terps’ reward is red-hot No. 2 seed and SEC champion Alabama in second-round East Region action Monday. The Tide are favored on the NCAAB odds. How to Bet Maryland vs. Alabama NCAA Basketball Odds & TV Read More

Posted: Friday, March 19, 2021 9:12, EDT
One of the big stories of the first round of the 2021 NCAA Tournament will be Hall of Fame coach Rick Pitino’s return to the Big Dance as he brings No. 15 Iona into a first-round matchup Saturday with No. 2 seed and SEC champion Alabama, which is a sizable favorite on the NCAAB odds. How to Bet Iona vs. Read More

Posted: Tuesday, February 23, 2021 8:40, EST
No. 6 Alabama can clinch no worse than a share of the SEC regular-season title with a win at No. 20 Arkansas on Wednesday, but the Hogs are also playing terrific basketball. The Tide should be a very slight favorite on the NCAAB odds. To win a national title, Bama is +2200 and Arkansas +8000. How to Bet Alabama at Read More

Posted: Tuesday, February 16, 2021 9:09, EST
No. 8 Alabama can all but clinch the SEC regular season title on Wednesday night and the Tide will be favored on the NCAAB odds to win at a struggling Texas A&M team that is near the bottom of the conference standings and hasn’t played in more than two weeks. How to Bet Alabama at Texas A&M NCAA Basketball Odds Read More