NCAA Basketball Betting News
Okay, enough of the garbage that leads up to the NCAA basketball tournament. March Madness is here – Selection Sunday is a couple days away, and it’s time to start making some NCAA Basketball Betting predictions for the 2016 Final Four. These picks are coming before the selections have been made, so they are subject to change, but here are our most recent Final Four picks for the 2016 tournament:

The North Carolina Tar Heels are the first pick to reach the Final Four. Roy Williams and the Tar Heels head into the ACC tournament as the top seed. The Tar Heels gained a ton of momentum with a win on the road at the Duke Blue Devils. Marcus Paige is a great talent on the offensive end, and he has Brice Johnson as his counterpart. The Tar Heels share the basketball as well as any team in the nation. North Carolina, if they get their defensive woes figured out will be an extremely tough team to eliminate come March.

The Kansas Jayhawks are heading back to the Final Four. The Jayhawks won the Big 12 title for the 12th straight season. The Jayhawks come into the Big 12 tournament as the top seed, and appear to be the top seed overall in the NCAA tournament. Kansas has not lost since the end of January on the road at Iowa State. The Jayhawks have just one bad loss on the season, and that was at Oklahoma State. Perry Ellis is having a great season for the Jayhawks, along with his guards Wayne Seldon, and Frank Mason. Kansas will get back to the Final Four following a couple underachieving postseason runs.

You cannot pick a Final Four in the NCAA tournament without throwing Tom Izzo and the Michigan State Spartans in there. Izzo and his Spartans are playing their best basketball now that March has arrived. The Spartans finished second in the Big Ten, and have won six straight games. The Spartans are scoring more than 80 points per game, and are the top passing team in the nation. Unselfish and tough is an ingredient for postseason wins. The Michigan State Spartans are a great pick to head back to the NCAA Final Four. 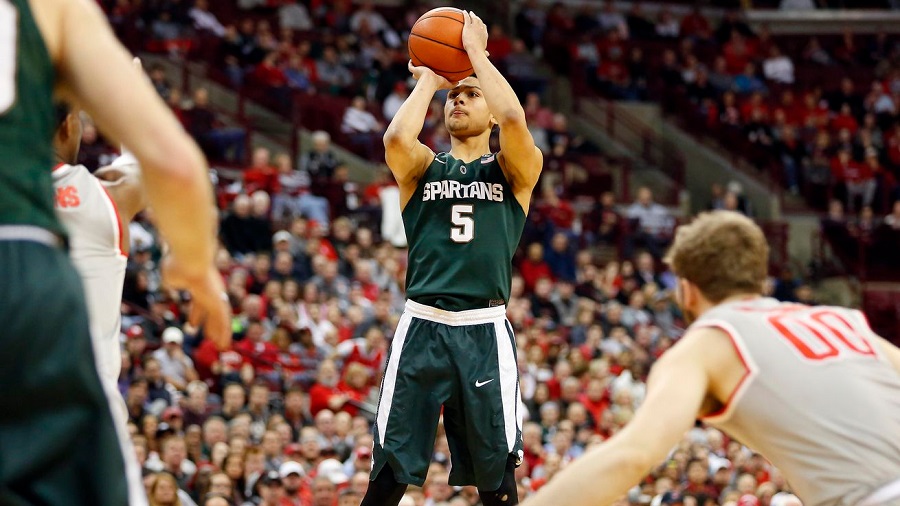 Despite a 23-8 record, the last team to be picked to the Final Four is the Kentucky Wildcats. The Wildcats tied with Texas A+M for the SEC title. The Wildcats are led by their guard Jamal Murray. He is scoring 20 points per game, and Tyler Ulis is an incredible point guard, dishing out nearly 7.5 assists per game. The Wildcats are scoring 79 points per game, and allowing 67.9 per game. Kentucky is going to be a great tournament team come March Madness!Selection Sunday is approaching, so as we get ready for the Big Dance, it’s a good idea to keep an eye on the NCAA Basketball Betting odds as teams get closer to the first round. There are many other options available besides the teams in this list, so stay tuned with MyBookie.ag online sportsbook for additional updates and college basketball betting predictions.
Older post
Newer post