NCAA Basketball Betting News
Okay, okay…I stand corrected.Like many basketball experts across the country, I ripped the NCAA Tournament selection committee for voting what I believed at the time, was an absolutely mediocre UCLA Bruins squad into the 2015 NCAA Tournament.Now, after watching the athletic Bruins win their first two tourney games to set up a Sweet 16 date against No. 2 Gonzaga, I’ve had to eat some humble pie.Now, with UCLA on the verge of making a shocking appearance in the Elite Eight, only one question needs to be asked. Can No. 2 Gonzaga avoid a college basketball betting upset at the hands of the confident Bruins? 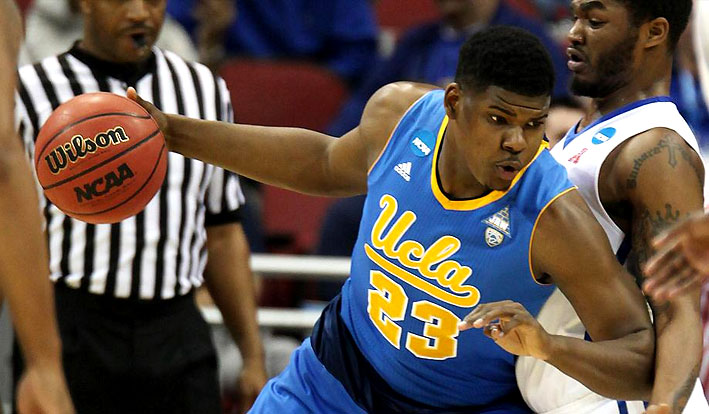 While UCLA limped into the NCAA Tournament with three losses in their last eight games, the Bruins are apparently better than anyone thought. UCLA has managed to go 5-1 over its last six games and two of their aforementioned trio of losses came against mighty Arizona, including a heartbreaking defeat in the Pac-12 conference tournament.After squeaking past a gritty SMU squad 60-59 in their tourney opener (because of a bad call no less), UCLA throttled an overmatched UAB ballclub 92-75 in the third round  as Tony Parker scored a game-high 28 points and  pulled down12 rebounds in the win.

From @latimessports, #UCLA must be on guard on many fronts against Gonzaga's offense. READ: http://t.co/iCrJP9XjFn pic.twitter.com/OzZgEr7oxF

Guard Bryce Alford has led the way for the Bruins by averaging 24.5 points per game over his two tourney games while draining a blistering on 12-of-16 three-point attempts.“People are going to say whatever they want,” said Alford.  “But when you look back on it, we’ve been in the Sweet 16 last year, and we’re there again this year. That doesn’t just happen. You’ve got to win big games to do that.”UCLA rolls into this year’s Sweet 16 as the only remaining team to have covered the spread in each of their last four games. Steve Alford’s ballclub has posted a blistering 8-2 ATS mark over their last 10 games overall. 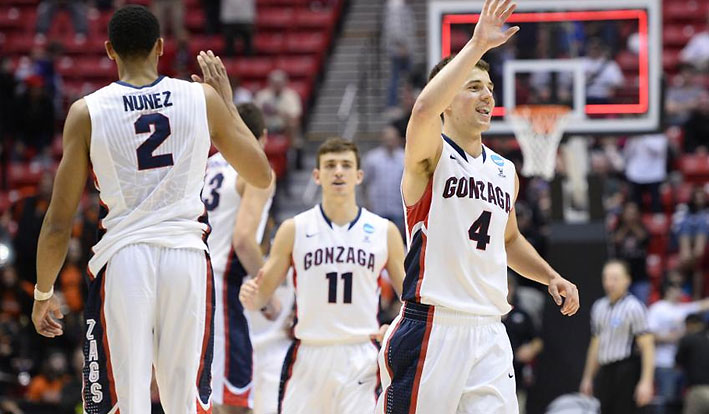 After beating North Dakota State by 10 in their opener and failing to cover the spread as 17-point favorites, Gonzaga put the pedal to the metal in laying a huge, 87-68 smackdown on Iowa this past weekend to easily cash in as a 6-point favorite as sweet-shooting forward Kyle Wiltjer scored a game-high 32 points.The Bulldogs shoot an exceptional 52.4 percent from the field to lead the nation and rank 10th in points per game (79.1). Wiltjer has shot an incendiary 12-of-17 from beyond the arc over his last four games while the Bulldogs’ second leading scorer, forward Kevin Pangos has been almost equally on fire in shooting 12-of-22 from downtown over the same stretch.“It’s without a doubt the best offensive team I’ve ever been associated with,” said head coach Mark Few.  “The firepower, the versatility, the ability to share the ball.”The Bulldogs are 3-1 ATS over their last four games.

Gonzaga may have pounded the snot out of UCLA 87-74, on the road no less, when the two schools met months back on Dec. 13, but I genuinely believe the Bruins are a far different team from the one that Gonzaga faced just prior to the holiday season.While I’m not going to predict an upset for the Bruins in this meaningful matchup, I do believe that this contest will end up a lot closer than the 9-point spread that collegiate hardwood gamblers are currently looking at.