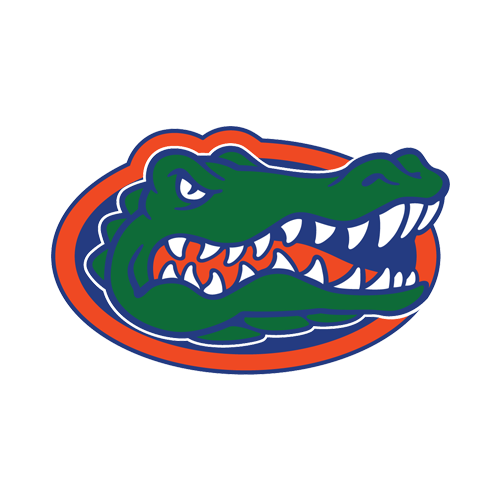 It’s two contenders in the SEC squaring off in one of the marquee college basketball games on Wednesday as No. 15 Alabama visits unranked but dangerous Florida. The game opened as a pick’em on the NCAAB odds.

Alabama leads the all-time series 76-70. Bama won the only meeting of the ’20-21 season with a decisive 86-71 victory at Tuscaloosa. Alabama will be looking for its third win in Gainesville over the last four trips when the Tide takes on the Gators Wednesday night. The lone loss over the last three trips to the O’Connell Center came in UA’s last visit on Jan. 4, 2020 when Alabama dropped a 104-98 double overtime contest.

Why Bet on Alabama?

Graduate transfer Noah Gurley had his best game of the season, recording his first double-double in an Alabama uniform with 20 points and 10 rebounds on the night. Guard Jahvon Quinerly added 18 points while Jaden Shackelford finished with 12 points in the victory. Senior Keon Ellis also played solid with nine points, nine rebounds and a team-leading five assists.

The win marked the Crimson Tide’s 17th-consecutive home victory and the third-straight over Tennessee in the series – the first time UA has defeated UT in three-consecutive games in the series since doing so from 2011-13. Entering the game, Tennessee had held five of its previous six opponents to less than 57 points and was averaging giving up just 59.3 points per game.

Why Bet on Florida?

Fleming, back in the starting lineup after senior guard Myreon Jones was scratched due to health and safety protocols, went 6-for-8 from the floor and 4-for-5 from the arc. His 20 points were the most for the Charleston Southern grad-transfer in a UF uniform. Jones will be cleared for this game.  Eight games into the season, Fleming was at 21.7 percent from the arc (5-for-23), but has gone 9-for-14 the last four games and now ranks third on the team at 37.8 percent.

In UF’s nine victories, the Gators held opponents to 40.3 percent overall and 24.4 from the 3-point line. In the three losses (at Oklahoma, home against Texas Southern, neutral site against UM), those numbers ballooned to 50.9 and 44.7 percent, respectively.

CJ Felder, has been a pleasant surprise shooting the ball from deep this season. Felder came from Boston College as a career 26.7-percent shooter from the arc, but he’s 8-for-18 thus far (.444) and has made five of his last seven over three games.

A total of 28.7 percent of field-goal attempts surrendered by Florida have been 3-point tries. That’s the seventh-lowest percentage in the country and No. 1 among all power conference teams.

Posted: Wednesday, January 5, 2022 8:37, EST
It’s two contenders in the SEC squaring off in one of the marquee college basketball games on Wednesday as No. 15 Alabama visits unranked but dangerous Florida. The game opened as a pick’em on the NCAAB odds. How to Bet Alabama at Florida NCAA Basketball Odds & TV Info When: Wednesday, 7 PM ET Where: Exactech Arena TV: ESPN Stream: Read More

No. 10 Virginia Tech vs No. 7 Florida NCAA Tournament Round 1 | 2021 NCAA Basketball Expert Analysis

Posted: Tuesday, March 16, 2021 7:00, EDT
Friday’s first round of the NCAA Tournament begins with what appears to be very evenly-matched South Region game as No. 10 Virginia Tech of the ACC faces No. 7 Florida of the SEC, with the Gators opening as very short NCAAB favorites. How to Bet Virginia Tech NCAA Basketball Odds & TV Info When: Friday, 12:15 PM ET Where: Hinkle Read More

Posted: Friday, January 24, 2020 8:00, EST
Being No. 1 in the country hasn’t worked out well for teams this season as all who have been in the top spot have lost at least once while No. 1. That is, except Baylor. The Bears visit Florida on Saturday in the SEC/Big 12 Challenge, and we think the Gators pull the historic upset on the Mybookie NCAAB odds. Read More

Posted: Sunday, March 24, 2019 11:40, EDT
If you’re ready for the start of the second round and you’re looking for some March Madness betting predictions that could help you increase your betting haul, then consider your ticket punched. If you’re a college hoops betting buff, then you’re going to find the pair of expert picks that you’re about to get – simply salivating. Now, let’s get Read More

Posted: Thursday, March 7, 2019 2:33, EST
With the end of the 2018-19 college hoops regular season almost here and the start of conference championship play just around the corner, it’s now or never for a handful of 2019 March Madness hopeful teams that are currently sitting on the proverbial bubble. Download Our Exclusive 2019 March Madness Bracket now! Thanks to the expert betting analysis and predictions Read More

Posted: Wednesday, March 6, 2019 7:50, EST
An important game in the SEC on Wednesday night from Gainesville. No. 10 LSU is tied for first with Tennessee and would be the top seed in the conference tournament by winning out. Florida, meanwhile, is an NCAA Tournament bubble team and could use a victory. The Gators are slight college basketball odds favorites. Download Our Exclusive 2019 March Madness Bracket Read More

Posted: Wednesday, February 13, 2019 6:55, EST
Now’s the time for bubble teams to either step it up or go and hide in the shadows. Certain bubble teams will almost assuredly make it to the NCAA Tournament, meaning they probably were never bubble teams to begin with. However, many other teams are legit bubble squads that might get left out if they don’t step it up in Read More