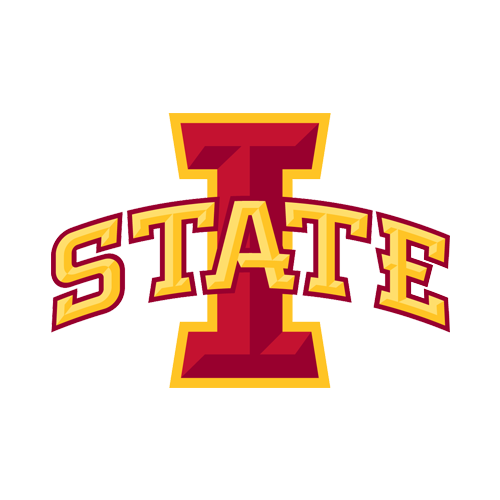 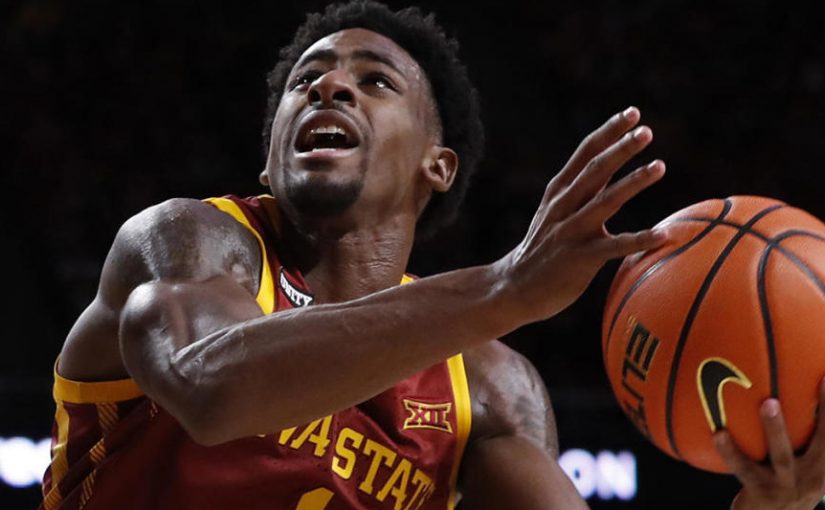 It seems like every game from the Big 12 these days matches ranked teams and that’s the case on Tuesday when No. 10 Kansas visits No. 20 Iowa State, one of the biggest surprise teams in the nation. The Jayhawks are short favorites on the NCAAB odds.

On Jan. 11, Kansas beat Iowa State 62-61 in a thriller. Dajuan Harris hit a driving layup with 8 seconds left. There were four lead changes in the final 38 seconds, and the Jayhawks (survived when Iowa State’s Gabe Kalscheur missed a 3-pointer just before the buzzer. Ochai Agbaji scored 22 points to lead Kansas, which was playing without preseason Big 12 player of the year Remy Martin due to injury. Isaiah Brockington scored 17 points for Iowa State. Neither team led by double figures at any point.

Why Bet on Kansas?

KU (17-3) was dominated at home by Kentucky 80-62 on Saturday in the last big non-conference game of the regular season. The Wildcats grabbed a big halftime lead in Allen Fieldhouse and cruised to improve to 24-10 all-time in the series. Kansas had won four of the past five coming in. The last Kentucky win in Allen Fieldhouse was in 1985.

Kentucky dominated the boards, owning a 41-29 rebounding edge, including 12-7 on the offensive end. “Their guys got to a level that we couldn’t get to,” Kansas coach Bill Self said. “When you get into a jumping contest with those dudes, we couldn’t compete.”

It snapped KU’s 17-game home winning streak. Senior Ochai Agbaji finished with a team-high-tying 13 points, five rebounds and three assists in 32 minutes. He now has 1,338 career points which puts him at 31st on the all-time KU scoring list. Agbaji started his 97th consecutive game on Saturday. He is eighth on the all-time list for consecutive starts at KU. His 211 career three-point field goals have him at seventh on the all-time KU list.

Kansas leads the overall series with Iowa State, 185-66, including a 71-40 edge in games played in Ames, Iowa (27-22 in Hilton Coliseum). Kansas has won the last five meetings.

KU guard Jalen Coleman-Lands played for the Cyclones last season, making 22 starts in 23 games and finishing second on the team with 14.3 points per contest. He led the Cyclones with 58 3-pointers made shooting at 39.5 percent clip. ISU’s Tristan Enaruna played two seasons for Kansas before transferring.

Why Bet on Iowa State?

Iowa State (16-5) beat visiting Missouri 67-50 on Saturday in non-conference play. The Cyclones shot 58.3 percent in the second half in outscoring the Tigers, 35-21 after intermission. ISU was 5-of-8 from 3-point range in the second half and made 13-of-15 free-throws for the game. ISU held Mizzou to 31.8 percent shooting after the break and forced 18 turnovers that resulted in 23 points.

Iowa State outshot Missouri (45.3-42.9) and improved to 12-0 this season when outshooting its opponent. ISU made six 3-pointers to just five for Missouri. The Cyclones have made more 3-pointers than 18 of 21 opponents this season.

Izaiah Brockington scored 15 points and grabbed a team-high six boards, and Tyrese Hunter netted 14 points, dished out four assists and had two steals. When the Cyclones need a basket, Brockington is the first option and he’s the team’s scoring leader. What was unexpected was Brockington also leading the Cyclones in rebounding (7.8 per game). It’s rare for a guard to lead his team in both categories.

ISU has one of the nation’s top defenses, allowing just 60.5 points per game and holding opponents to 41.2 percent shooting from the field and 27.2 percent behind the arc. Twelve of 21 opponents have scored 64 or fewer points. The Cyclones, who are No. 20 in the AP Top 25 and have been ranked 10 straight weeks, are one of six schools nationally with at least six Quad 1 victories.

ISU has 10 wins against Bill Self coached Kansas teams, second most behind only Oklahoma State (11). George Conditt is averaging 1.1 blocks per game in his career against Kansas.

Posted: Tuesday, February 1, 2022 9:34, EST
It seems like every game from the Big 12 these days matches ranked teams and that’s the case on Tuesday when No. 10 Kansas visits No. 20 Iowa State, one of the biggest surprise teams in the nation. The Jayhawks are short favorites on the NCAAB odds. How to Bet Kansas State at Iowa State NCAA Basketball Odds & TV Read More

Posted: Tuesday, March 9, 2021 10:07, EST
Poor Iowa State didn’t win a single Big 12 game this season and the 10th-seeded Cyclones will be big underdogs when they open conference tournament play against No. 7 Oklahoma on Wednesday. The Sooners are +1500 to win this tournament. How to Bet Iowa State vs. Oklahoma State NCAA Basketball Odds & TV Info When: Wednesday, 9 PM ET Where: Read More

Posted: Monday, February 22, 2021 8:05, EST
Unbeaten and second-ranked Baylor hasn’t played in a few weeks due to COVID issues, but the Bears are scheduled to return to action in Big 12 play vs. a bad Iowa State team on Tuesday. Baylor will be a double-digit favorite on the NCAAB odds. Baylor is +300 to win the national title. How to Bet Iowa State at Baylor Read More

Posted: Thursday, December 10, 2020 8:46, EST
State bragging rights are on the line Friday night when Iowa State of the Big 12 and Iowa of the Big Ten renew their annual rivalry. The third-ranked Hawkeyes are the vastly superior side this season on paper and thus will be heavily favored on the NCAAB odds at home. How to Bet Iowa State at Iowa NCAA Basketball Odds Read More

Posted: Monday, February 17, 2020 2:16, EST
It may seem hard to believe, but there are now just three weeks left in the regular season in college basketball. The battling for seeding and spots in the tournament is about to heat up dramatically with the time to make a move or get off the bubble beginning to run out. At the top of the national rankings, the Read More

Posted: Wednesday, February 5, 2020 9:46, EST
West Virginia Mountaineers has yet to lose at home this season and the No. 13 Iowa State Mountaineers aren’t expected to on Wednesday, either, as double-digit NCAAB betting favorites against Big 12 opponent Iowa State. How to Bet Iowa State at West Virginia NCAA Basketball Odds & TV Info. Ready to get back after it starting Wednesday at No. 12 Read More

Posted: Wednesday, January 29, 2020 3:26, EST
The top-ranked Baylor Bears will look to extend their phenomenal 16-game winning streak when they hit the road to take on the Iowa State Cyclones in a mid-week Big 12 battle on Wednesday night. Now, with Iowa State desperate for a win and Baylor looking to cement their status as one of the best national championship contenders in the country, Read More

Posted: Wednesday, January 15, 2020 10:17, EST
The second-ranked Baylor Bears are back at home and looking to take care of business when they host the Iowa State Cyclones in their mid-week Big 12 battle on Wednesday night. With the Bears on fire and riding high into this one and Iowa State looking for the huge upset, let’s find out which team is offering the best value Read More

Posted: Wednesday, January 8, 2020 3:44, EST
The top 25 in college basketball looks a little odd this season, simply because we only have a couple of teams who are in there with an unbeaten record. Spending any amount of the time as the #1 seed in the nation has usually meant that a defeat is not that far around the corner, as the best teams in Read More