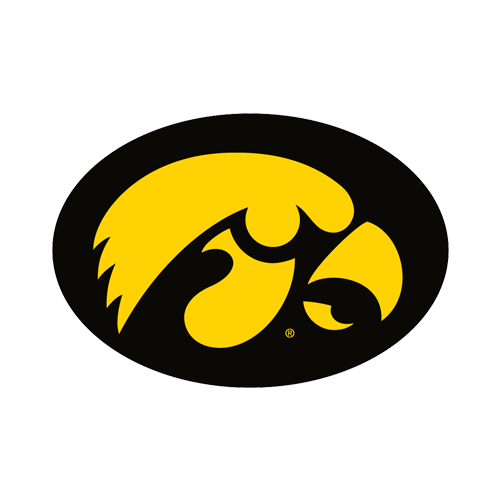 Sixth-seeded LSU enters the NCAA Tournament without its head coach Will Wade, who was fired, as the Tigers face No. 11 Iowa State in first-round Midwest Region action on Friday. LSU is favored on the NCAAB odds.

Why Bet on LSU?

Over the weekend, LSU (22-11) fired embattled men’s basketball coach Will Wade after receiving a notice of allegations that details significant misconduct. This will mark the second time that Wade has been unable to coach a Tigers team he led to the NCAA tournament. In 2019, LSU won the SEC regular-season championship, but Wade was suspended for the conference and NCAA tournaments after reports revealed that a federal wiretap captured him discussing a “strong-ass offer” for a recruit. Assistant Kevin Nickelberry will serve as the interim coach.

Wade’s final game at LSU was a loss 79-67 to Arkansas in the SEC Tournament in which he received a technical foul for arguing with officials in the first half. Tari Eason led LSU with 15 points, while Darius Days had his eighth double double of the season, the 24th of his career, with 14 points and 10 rebounds. Brandon Murray had 13 points, four assists and no turnovers in the game.

“Obviously, this time a couple of days ago, I didn’t think I would be sitting here, but in life, in the world, there’s a lot of things going on. There’s a lot of adversity in the world, so this is a tough situation for everybody, but right now I’m charged with the responsibility of getting these young men focused for the task at hand, which is the NCAA Tournament. I feel confident that this staff can lead these young men—even in these challenging times—to where they want to be,” Nickelberry said.

LSU last played a game in Milwaukee in the 2012 portion of the 2012-13 season against Marquette. The winner of the first-round game will face either No. 3-seeded Wisconsin or No. 14-seeded Colgate on Sunday.

Why Bet on Iowa State?

Iowa State (20-12) was lucky to get an at-large bid with a 7-11 regular-season Big 12 record. The Cyclones closed the season on a three-game skid, including a 31-point loss to Texas Tech in the Big 12 Tournament.

It was a struggle across the board for Iowa State, who shot just 31.3 percent (15-of-48) and committed 20 turnovers. Meanwhile, Texas Tech shot 50 percent from the field (28-of-56), having a 40-to-24 edge on the boards. In defeat, the ISU effort was led by Big 12 Freshman of the Year Tyrese Hunter, who had nine points and five rebounds, while Izaiah Brockington contributed seven points.

Hunter, a 6-0 point guard, is just the sixth Cyclone rookie to take home freshman of the year honors and the first since Curtis Stinson in 2004. He was also named to the Big 12 All-Freshman Team. Hunter averaged 10.8 points and 5.0 assists, breaking the ISU freshman record with 155 assists while also posting 59 steals.

Izaiah Brockington, a 6-4 senior guard, was named to the All-Big 12 First Team and Big 12 All-Newcomer Team in addition to being named the league’s top newcomer. Brockington, who finished the regular season third in the Big 12 in scoring (17.6) and rebounding (7.2) is the 10th Cyclone to be named conference newcomer of the year and the first since Deonte Burton in 2016.

ISU is +18 in the win column this season compared to last, the best turnaround in school and Big 12 history and the best-ever by a team led by a first-year head coach. Iowa State will be making its 21st NCAA Tournament appearance and eighth since the 2012 tournament, one of 14 schools with that many appearances in that time.

Posted: Wednesday, March 16, 2022 11:14, EDT
Sixth-seeded LSU enters the NCAA Tournament without its head coach Will Wade, who was fired, as the Tigers face No. 11 Iowa State in first-round Midwest Region action on Friday. LSU is favored on the NCAAB odds. How to Bet LSU vs. Iowa State NCAA Basketball Odds & TV Info When: Friday, 7:20 PM ET Where: Fiserv Forum, Milwaukee TV: Read More

Posted: Thursday, March 3, 2022 9:33, EST
Michigan, which is still without suspended Coach Juwan Howard, is squarely on the NCAA Tournament bubble, but the Wolverines probably would be off it for good if they can beat No. 24 Iowa on Thursday with UM as a short favorite on the NCAAB odds. How to Bet Iowa at Michigan NCAA Basketball Odds & TV Info When: Thursday, 9 Read More

Posted: Tuesday, February 22, 2022 9:41, EST
If struggling Michigan State isn’t careful, the Spartans are going to play themselves right onto the NCAA Tournament bubble. They are solid underdogs on the NCAAB odds in Big Ten action Tuesday at No. 25 Iowa. How to Bet Michigan State at Iowa NCAA Basketball Odds & TV Info When: Tuesday, 7 PM ET Where: Carver-Hawkeye Arena TV: ESPN Stream: Read More

Posted: Thursday, February 3, 2022 9:09, EST
Not long ago, Iowa looked like a lock NCAA Tournament team but now the Hawkeyes are probably on the bubble with a 14-7 overall record and 4-6 Big Ten mark as they visit No. 16 Ohio State in conference play on Thursday. The Buckeyes are favored on the NCAAB odds. How to Bet Iowa at Ohio State NCAA Basketball Odds Read More

#6 Purdue vs Iowa | NCAAB Odds for the Game

Posted: Thursday, January 27, 2022 9:32, EST
No. 6 Purdue is a legitimate national title contender but the Bulldogs could be on upset alert Thursday in Big Ten action at Iowa, which is good enough to beat anyone on a given night. The home team has dominated this series against the spread, but the Boilers are solid favorites on the NCAAB odds. How to Bet Purdue at Read More

Posted: Wednesday, March 3, 2021 8:43, EST
Fifth-ranked Iowa can’t win the Big Ten regular-season title, but the Hawkeyes can still finish as high as second – which is important for conference tournament seeding. They will be huge favorites Thursday on the NCAAB odds against a bad Nebraska side. Iowa is +1600 to win the national title. How to Bet Nebraska at Iowa NCAA Basketball Odds & Read More

Posted: Wednesday, February 24, 2021 8:47, EST
No question that one of the marquee matchups in college basketball this week is Thursday from the Big Ten as No. 9 Iowa visits No. 3 Michigan. The Wolverines control their destiny to win the Big Ten regular-season title and earn a top seed in the Big Dance. UM is +875 on the NCAAB odds to win it all and Read More

Posted: Tuesday, February 9, 2021 7:34, EST
Both No. 25 Rutgers and No. 15 Iowa are going to make the NCAA Tournament, but both are looking to earn the best possible seed in the Big Ten Tournament the rest of the regular season as they meet Wednesday at Iowa – which will be solidly favored on the NCAAB odds. How to Bet Rutgers at Iowa NCAA Basketball Read More

Posted: Thursday, February 4, 2021 8:05, EST
Huge game in the Big Ten on Thursday and the only ranked matchup of the night nationally as No. 7 Ohio State visits No. 8 Iowa with the Hawkeyes favored on the NCAAB odds in a quick turnaround game. How to Bet Ohio State at Iowa NCAA Basketball Odds & TV Info When: Thursday, 7 PM ET Where: Carver-Hawkeye Arena Read More