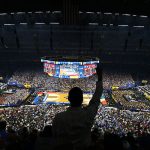 This year more than ever, the door is wide open for anyone to win the National Championship. Just when you think we have a front runner, they are picked off by an underdog. After last night, there are no more undefeated teams in the NCAA. Going into the night both Baylor and USC was left as the last two standing. 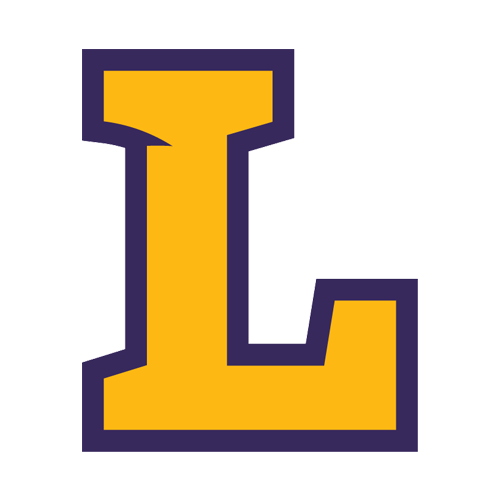 The 2019 March Madness odds already out and with the tournament just around the corner, which is why now looks like a perfect time to make some ‘Cinderella’ picks. Be sure to check back for the latest 2019 NCAA Basketball Championship odds. Don’t forget to also check out our exclusive 2019 March Madness bracket and download now for free!

Balanced. Deep. Experienced. The Bulls have left mid-major darling status and are starting to become a legitimate power, and they could wind up being the higher seed in the Round of 64 if they limit further setbacks. They have a big three—CJ Massinburg (18.2 ppg), Jeremy Harris (14.7 ppg) and Nick Perkins (14.4 ppg) powering the nation’s 12th-ranked offense, and they’re 13th in assists.

The one concern was their blowout loss against Marquette Golden, but they have road wins over Syracuse and West Virginia on their résumé. For a team that blew out No. 4 seed Arizona last year in the first round, Buffalo is as good a bet as any to make a run.

The Terriers are the best team no one’s watched. Fletcher Magee averages 20 points per game and shoots 40% from deep for this 21–4 (13–0 SoCon) squad that ranks No. 30 in Kenpom. Some Bracketologists have them as high as an 8 or 9 seed, but under the assumption, they’ll snag the conference’s automatic bid. Wofford really is this good, but don’t sleep on the rest of the SoCon. UNC Greensboro, East Tennessee State, and Furman Paladins are all imposing challengers.

One of them is going to knock off Wofford in the conference tournament. The committee has disrespected quality mid-majors in recent years, but Wofford is simply too good. Their four losses: vs. UNC and at Oklahoma, Kansas and Mississippi State. They also beat South Carolina in Columbia. Get ready for the two-bid SoCon and the one-bid Pac-12.

Last season, Marshall’s Jon Elmore scored 27 points in the Thundering Herd’s first-round upset of No. 4 seed Wichita State. Don’t be surprised if Wofford’s Fletcher Magee does something similar this March. The 6’4″ senior guard is fourth on the all-time three-pointers leaderboard and has a good shot at passing J.J. Redick for second place. He’s averaging 18.8 points, and is actually having a down year shooting from three. Pair him with senior forward Cameron Jackson (15.2 points per game, 7.9 rebounds per game) and you have an inside-out combo that could go far.

When the Sun Belt Conference’s regular-season champion also wins the conference tournament, get ready for a major upset. It has only happened five times in the past 11 years, but four of those five teams won at least one game in the Big Dance. And this year, it’s looking like Texas State is the Sun Belt team to beat.

There’s not a single player on the Bobcats roster taller than 6’8″, but what they lack in size, they make up for with veteran experience (all five starters are juniors or seniors), tough on-ball defense (four Bobcats average better than one steal per game) and a lot of ball movement. They didn’t get many chances to prove their mettle in nonconference play, but they did darn near win a road game against Arkansas.

For an undersized team, the Bobcats rebound shockingly well. They out-rebounded Arkansas by eight, and they average seven more rebounds than their opponents.

The hype around Murray State starts—and ends, quite frankly—with Ja Morant. He’s a legitimate Player of the Year candidate and a sure lottery pick in June’s NBA draft. He leads the nation in assists (10.5) and is tied for seventh in points (24.1). There’s not a ton of help around Morant—he’s the sun, and the rest of the team orbits around him.

There’s talent in the form of senior guard Shaq Buchanan and freshman Tevin Brown, but not a lot of lengths or shooting ability. Still, do you really want to face Morant? He’s on the type of Davidson-era Steph Curry run that draws national attention no matter how small the gym is. No one’s been able to stop Morant from single-handedly winning games. What makes you think a five seed will do any better?

Mike Daum is really, really good. He’s fourth in the nation in scoring, and if he gets hot, he can easily carry the Jackrabbits. But last year, as a No. 12 seed, South Dakota State lost 81–73 to Ohio State—and Daum scored 27 points. So why is this year different? Well, last year, Skyler Flatten scored zero points against the Buckeyes.

This year, the 6’6″ senior guard is averaging 15.3 points, more than double last season’s output. With impressive guard David Jenkins improving on his freshman year to the tune of 19.8 ppg, the Jackrabbits are not just one and Daum. And the team as a whole can shoot it, making 50.7% from the field (second in the nation) and 42.3% from three (third in the nation).

The Bisons, who upset TCU and SMU on the road in November and later played Louisville close, are 11th in the nation in scoring, led by senior guard Garrison Mathews, a really underrated mid-major star who is averaging 19 points per game and hitting 42.8% of his threes.

Rob Marberry is a really efficient big man, shooting 61.7% from the field. Look to the early-season win against the Horned Frogs, when Mathews scored 23, as a model for what Lipscomb could do in the tournament.

Posted: Tuesday, February 19, 2019 8:13, EST
The 2019 March Madness odds already out and with the tournament just around the corner, which is why now looks like a perfect time to make some ‘Cinderella’ picks. Be sure to check back for the latest 2019 NCAA Basketball Championship odds. Don’t forget to also check out our exclusive 2019 March Madness bracket and download now for free! 2019 Read More

Posted: Thursday, March 15, 2018 12:02, EDT
No team has repeated as national champion since Florida in 2006 & ’07. Second-seeded North Carolina begins its quest to join that exclusive group as the Tar Heels take on No. 15 Lipscomb in NCAA tournament West Region play Friday night. We take a look at the latest March Madness betting odds for this matchup. UNC vs. Lipscomb March Madness Read More

Posted: Tuesday, March 13, 2018 6:22, EDT
When it comes to sports betting, you should know that there are favorites and then there are real favorites. Some favorites look good on paper but aren’t offering the value you think, either because of some flaws they may have or some undervaluing of their opponents. Then, are favorites that are near-lock selections to cash in against their underdog opponents, Read More