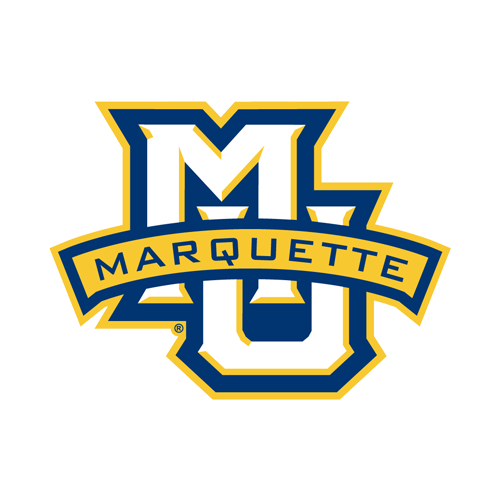 It’s ninth-seeded Marquette of the Big East facing No. 8 seed North Carolina of the ACC in NCAA Tournament East Region play on Thursday with the winner almost surely facing No. 1 Baylor in Round 2. The Heels are short favorites on the NCAAB odds.

Why Bet on Marquette?

Creighton made eight of its first nine shots in the second half to pull away by double figures.  The Golden Eagles made a pair of rally attempts down the stretch, closing to 63-61 on a 3-point play by Greg Elliott, but weren’t able to complete the comeback.

Lewis claimed the Big East Most Improved Player Award. Lewis, who was tabbed All-Big East First Team, concluded the regular season ranked among the conference leaders in six categories. He is third in the league in scoring at 17.1 points per game (led the Big East in league-only games at 18.2 ppg.) and fourth in rebounding (7.9 rpg.), the only player in the league in the top-five in both categories. He appeared in 21 games as a true freshman in 2020-21, earning one starting assignment, and contributed 7.8 points and 5.4 boards per contest.

MU h as just a pair of players with NCAA tournament experience, and both Morsell and Kur Kuath advanced to the postseason with different programs.  Morsell (Maryland) started a total of four games, helping the Terrapins to the Round of 32 in both 2019 and 2021. Kuath (Oklahoma) appeared off the bench in a pair of games in 2021, helping the Sooners to the second round as well.

Marquette and North Carolina have met on just six occasions all-time, but the limited series has provided a key highlight for MU fans. Legendary head coach Al McGuire directed MU to the national title in 1977, which culminated with a 67-59 win over North Carolina in Atlanta. The game would be McGuire’s last as a collegiate coach. MU posted an 83-70 win last season in Chapel Hill.

UNC (24-9) lost 72-50 to Virginia Tech in the ACC Tournament semifinal to snap a six-game winning streak. The Hokies opened the second half with a 9-0 run on a three-point play by Keve Aluma and back-to-back 3s by Hunter Cattoor and Justyn Mutts that upped the lead to 41-26. The Tar Heels, looking to return to the ACC title game for the first time since 2018 and set up a rubber match with Tobacco Road rival Duke for the championship, never mounted a real threat.

Posted: Tuesday, March 15, 2022 11:38, EDT
It’s ninth-seeded Marquette of the Big East facing No. 8 seed North Carolina of the ACC in NCAA Tournament East Region play on Thursday with the winner almost surely facing No. 1 Baylor in Round 2. The Heels are short favorites on the NCAAB odds. How to Bet Marquette vs. North Carolina NCAA Basketball Odds & TV Info When: Thursday, Read More

Posted: Tuesday, February 8, 2022 9:36, EST
No. 24 UConn looks for the season sweep of No. 18 Marquette in Big East basketball action on Tuesday with the Huskies as home favorites on the NCAAB odds. Both teams will be NCAA Tournament bound. How to Bet Marquette at UConn NCAA Basketball Odds & TV Info When: Tuesday, 6:30 PM ET Where: XL Center, Hartford TV: Fox Sports Read More

Posted: Wednesday, February 2, 2022 8:56, EST
The late game in college basketball on Wednesday is the second Top 25 matchup from the night as No. 12 Villanova visits No. 24 Marquette with the Wildcats as 4.5-point favorites on the NCAAB odds. How to Bet Villanova at Marquette NCAA Basketball Odds & TV Info When: Wednesday, 10 PM ET Where: Fiserv Forum, Milwaukee TV: Fox Sports 1 Read More

Posted: Tuesday, February 9, 2021 8:02, EST
Fifth-ranked Villanova is in control of its destiny to win the Big East regular-season title, but the Wildcats also have designs on a No. 1 seed in the NCAA Tournament. They will be solid home favorites on the NCAAB odds for Wednesday’s game vs. Marquette – which wouldn’t make the NCAA tourney as things stand. How to Bet Marquette at Read More

Posted: Monday, December 14, 2020 9:02, EST
Both Marquette and Creighton are contenders for the Big East title this season and they meet on Monday night from Omaha in the conference opener for both. The Bluejays, defending Big East champs, are solid home favorites on the NCAAB odds. How to Bet Marquette at Creighton NCAA Basketball Odds & TV Info When: Monday, 9 PM ET Where: CHI Read More

Posted: Wednesday, February 26, 2020 11:07, EST
A couple of bubble teams square off on Wednesday, Feb. 26, when Georgetown heads to Milwaukee to battle Marquette. The Hoyas sit on 12 losses. Another assures they end up at home for the NCAA Tournament. Marquette has 9 losses. They’ve dropped 2 in a row, though, which means like the Hoyas, the Eagles can’t afford another devastating “L”. Which Read More

Posted: Friday, January 24, 2020 7:20, EST
Butler for a while looked like the class of the Big East and a legitimate Final Four threat, but the No. 13 Bulldogs enter Friday’s conference game against Marquette on a three-game skid. Still, Butler is favored on the NCAAB odds. How to Bet Marquette vs Butler College Basketball Odds & Game Info When: Friday, 9 PM ET Where: Hinkle Read More