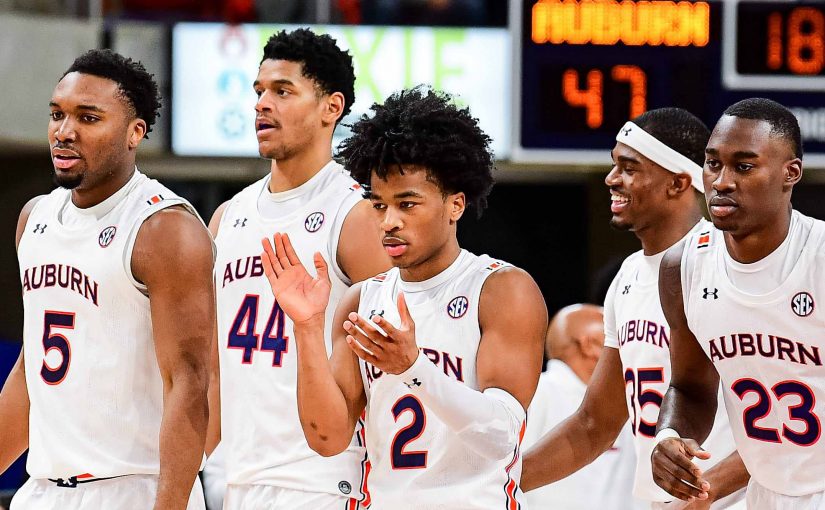 No. 3 Auburn was upset at Florida over the weekend, but the Tigers still control their destiny to win the SEC title as they look to avoid another upset Wednesday at home vs. Ole Miss. Auburn is a double-digit favorite on the NCAAB odds.

On Jan. 15, Auburn won at Ole Miss 80-71. Walker Kessler scored 20 points and grabbed 10 rebounds, and the Tigers rallied from an early 14-point deficit. Auburn used a 24-9 run over nine minutes — including four 3-pointers, two by Green, and three layups from Kessler — to take a commanding 71-60 lead with 4:09 remaining. After that, Ole Miss never got closer than four points. The Rebels had won 10 of the 14 previous meetings, including sweeps last season and of the 2019 Final Four team.

Wednesday night marks the 143rd all-time meeting between the Rebels and Tigers, a series that Auburn enjoys an 80-62 lead dating back to the series origin in 1928.

Why Bet on Ole Miss?

The Rebels (13-14) ended a four-game slide with an 85-68 win at awful Georgia on Saturday despite playing without their three top three scorers, Jarkel Joiner, Daeshun Ruffin and Matthew Murrell. Joiner and Murrell were sidelined with flu-like symptoms. Ruffin is out for the season after a knee injury suffered against LSU on Feb. 1. Fellow starters Nysier Brooks and Luis Rodriguez were also battling through flu-like symptoms all game long. It’s not clear who may play in this one.

After scoring the final seven points of the first half to take a 42-38 lead, the Rebels got the first four points of the second half and kept the lead, going up by as many as 20 late. Ole Miss shot 56%, made 9 of 21 from the arc and outscored Georgia 20-7 off turnovers.

Auburn (24-3) had been No. 2 in the AP Top 25 but dropped one spot following a 63-62 loss at Florida on Saturday.  The Tigers had a chance in the final seconds. Wendell Green Jr. got the ball with 7.1 seconds to play and was dribbling at the top of the key when he tried to pass to Walker Kessler down low. The Gators knocked it away, and the clock ran out.

“Wendell in the middle of the floor, Walker rolling to the rim, shooters spread out,” Coach Bruce Pearl said of the play’s design.  “They covered it pretty well,” Smith said. “It just didn’t work out.”

It was Florida’s first home victory against a team ranked that high in the Associated Press college basketball poll. The Tigers lost their second straight on the road — both ending with fans rushing the floor — and dropped their first game in regulation. They previously lost to UConn and Arkansas in overtime.

Freshman Jabari Smith led Auburn with 28 points and seven rebounds, hitting 4 of 5 3-pointers and going 10-for-11 from the free-throw line. The Tigers outrebounded the Gators 22-16 in the half and 38-27 for the game.

Smith was named SEC Freshman of the Week. His 59 combined points in consecutive games are the most by a Tiger since Marquis Daniels (59 points) in 2002-03. His marksmanship from beyond the arc over the course of the last two games (11 3-pointers) is the fifth time in the last five years an Auburn player has made 11-or-more three pointers. Smith averages 16.3 points (No. 7 SEC), 6.7 rebounds, 1.7 assists, 1.3 steals and 1.0 blocks per game while shooting 43.8 percent overall, 43.3 percent from three and 79.7 percent from the free throw line.

Auburn leads the NCAA in blocks per game (8.2), while ranking second in the SEC and 13th nationally at an opposing field goal clip of just 38.4 percent.

Posted: Wednesday, February 23, 2022 7:23, EST
No. 3 Auburn was upset at Florida over the weekend, but the Tigers still control their destiny to win the SEC title as they look to avoid another upset Wednesday at home vs. Ole Miss. Auburn is a double-digit favorite on the NCAAB odds. How to Bet Ole Miss at Auburn NCAA Basketball Odds & TV Info When: Wednesday, 8:30 … click title for full article.

Posted: Thursday, March 11, 2021 8:51, EST
Huge game for sixth-seeded Ole Miss in the second round of the SEC Tournament on Thursday against No. 11 South Carolina as the Rebels are right on the NCAA Tournament bubble, so an upset loss to the Gamecocks would be devastating. Ole Miss is favored, however, on the NCAAB odds and is +2000 to win the SEC Tournament while USC … click title for full article.

Posted: Friday, March 1, 2019 10:01, EST
It’s arguably the game of the year in the SEC’s regular season on Saturday when No. 4 Kentucky visits No. 7 Tennessee. The winner still has a great shot at the conference’s regular-season title, although LSU is also right there and holds the tiebreaker over both. Let’s take a look at the NCAAB odds for this encounter. How to Bet … click title for full article.

Posted: Wednesday, February 27, 2019 3:15, EST
The mark of a good team is not always about how many games you can win in a row. More often than not, the best teams show what they are really made of the moment they have to face some level of adversity. If you crumble after taking a tough defeat, it makes you wonder how that team is going … click title for full article.

Posted: Wednesday, February 13, 2019 6:55, EST
Now’s the time for bubble teams to either step it up or go and hide in the shadows. Certain bubble teams will almost assuredly make it to the NCAA Tournament, meaning they probably were never bubble teams to begin with. However, many other teams are legit bubble squads that might get left out if they don’t step it up in … click title for full article.

Posted: Monday, February 4, 2019 11:05, EST
If Michigan State coach Tom Izzo is to reach an eighth career Final Four, it will be without one of his best players. Junior guard and team captain Joshua Langford has been ruled out the rest of the season – he was originally injured in late December. Langford was averaging 15.0 points, 3.6 rebounds, and 2.3 assists before the injury. … click title for full article.

Posted: Wednesday, January 16, 2019 11:29, EST
#12 ranked Auburn heads to College Station, Texas, to take on SEC rival Texas A&M on Wednesday, January 16. The Tigers have played about as well as any team in the conference. Can they thump the Aggies as a road favorite? Or, will A&M prove best on their court? Auburn vs Texas A&M NCAAB Lines & Expert Pick Time to … click title for full article.

Posted: Monday, February 5, 2018 8:53, EST
A bad season just got worse for Colorado State, which is near the cellar of the Mountain West Conference. Larry Eustachy might have coached his final game there as has been placed on administrative leave amid an internal investigation into his conduct with players and other staff members. It marks the second time in four years that Colorado State officials … click title for full article.

Posted: Monday, February 13, 2017 2:22, EST
The University of Florida hasn’t made the NCAA Tournament the past two years but that’s going to change next month. The No. 17 Gators could potentially get as high as a No. 2 seed in the Big Dance if they win the SEC — and they are tied for the conference lead. UF could be looking at a bit of … click title for full article.