NCAAF Top Week 4 Matches to Must Watch and Bet On 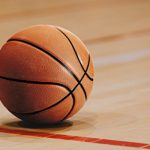 What better way to start the weekend than by winning some money and building your bankroll for all the action to come over the next few days. We want to help you do that by seeing if we can pick out some winning plays from the Friday college basketball schedule. What makes Friday so interesting is that there are no ranked teams set to play, so these may be games where casual bettors of college basketball might choose to skip. Making it through the college basketball regular season without losing a game is tough at the best of times, but it is proving to be close to impossible for the top teams in the country this season. Take a look at the top 25 as it stands right now and you will see just how difficult it has proven to be, with all the preseason favorites sitting on at least one loss. There are in fact just 2 teams who have made it to this stage of the season without taking a loss, but as you can probably tell from their rankings, the feeling is that they have yet to take on some of the better teams in the country.

The San Diego State Aztecs are unbeaten in the #7 slot, while the unbeaten Auburn Tigers are currently in as the #5 team in the country. Auburn will be looking to continue with their winning season on Wednesday night when they host the Vanderbilt Commodores. This is a matchup that the Tigers have struggled with in recent years, but they are a strong favorite this time around, coming in as a 14 ½ point favorite. The point total for this one has been set at 152 ½.

Why bet on the Vanderbilt Commodores?

The Vanderbilt Commodores have fallen off the pace a little in the last few weeks, losing 3 of their last 5 games to fall to 8-5 on the season. With that in mind, it would be easy to simply write the Commodores off and chalk this one up as a win for Auburn, but this matchup has actually been lopsided in the favor of Vanderbilt over the past few years. In fact, Vandy comes into this one having won 13 of their last 15 meetings with Auburn.

Furthermore, they are 10-2 ATS in their last 12 visits to Auburn, although it should be noted that they are currently on a streak where they have lost 12 straight road games overall. They are also 0-10 SU in the last 10 games played in the month of January.

Why bet on the Auburn Tigers?

You can argue that the Auburn Tigers schedule has not been the most challenging, but you can only play the teams that come your way, and to this point, the Tigers are a perfect 13-0 SU. That has them in as the #5 seed in the nation, while also seeing them as one of only two unbeaten teams in Division I college basketball.

The trends against Vanderbilt suggest that their run might be coming to an end, but this is a very different Auburn team to the one that took all those losses against the Commodores. Auburn are on a 7-1 SU run versus teams from the SEC, and they started off their conference campaign with an 80-68 win over Mississippi State in their last outing.

The best bet here is to ignore all those previous losses that Auburn has had at the hands of Vanderbilt and look at what is going on this season. I am all over Auburn to win here, although I am not so sure that they cover the spread.

Posted: Wednesday, January 8, 2020 4:11, EST
Making it through the college basketball regular season without losing a game is tough at the best of times, but it is proving to be close to impossible for the top teams in the country this season. Take a look at the top 25 as it stands right now and you will see just how difficult it has proven to Read More