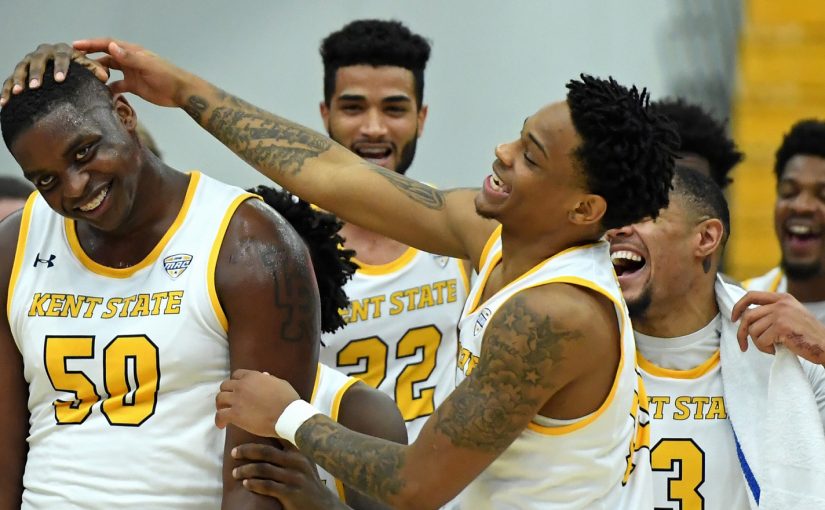 No ranked teams in action around college basketball on Friday, but there are important matchups from both the Atlantic 10 and Mid-American Conference. Here’s a look at each game and check back for NCAAB odds.

The best bets on College Basketball

VCU enters this one on a four-game winning streak after a 66-61 escape at Fordham on Tuesday. Senior guard KeShawn Curry scored a game-high 21 points and provided several clutch plays down the stretch. Curry continued his recent hot stretch by connecting on 7-of-11 from the field and 7-of-8 from the free throw line. He added a pair of steals. Curry has topped 20 points two times in the past three games. His career-high prior to his recent outburst was 14 points.

VCU is allowing 60.7 points per game, and opponents are shooting .389. The Rams’ defense ranks eighth nationally in effective field goal percentage (.436), second in turnover percentage (26.0) and fourth in defensive efficiency (87.5). VCU is also sixth in the country in 3-point defense (.277).

Richmond beat La Salle 77-63 last Saturday. Burton and Grant Golden each scored 15 points to lead the Spiders, with Burton adding a game-high 10 rebounds for his sixth double-double of the season. The Spiders are 7-2 in their last nine games following a 1-3 start to A-10 play.

Burton leads Richmond in both points per game (16.8) and rebounds per game (7.3) this season. He is the only player in the A-10 to rank in the top six in the league in both scoring (fifth) and rebounding (sixth). Richmond’s Jacob Gilyard leads D-I in assist-to-turnover ratio (3.78) and steals per game (3.2) this season. He has led D-I in steals in each of the previous two seasons.

After an Ohio bucket, Malique Jacobs drilled two free throws. A Ben Roderick three followed by a Jason Carter deuce edged the Bobcats up seven with two minutes to play and that was that. Mark Sears scored 28 points and Ben Vander Plas added 20 for the Bobcats. Sincere Carry tied a season high with 26 points for the Golden Flashes.

“When you missing a guy like Jason, everybody’s got to step their game up a little bit,” Vander Plas said.

Kent State won at Toledo on Tuesday, 72-59, to end the Rockets’ 13-game home winning streak. The Golden Flashes stifled the Rockets all night, holding Toledo to a season-low 59 points. Toledo has been held under 75 points in Mid-American Conference play just twice this year, both times by the Flashes’ defense. Kent State has won seven games in a row for the first time since Rob Senderoff’s first season.

The bench was the story of the night, outscoring the Rockets 52-1. Carry led the way for the Flashes’ bench with a game-high 23 points. Malique Jacobs added 14 points and six rebounds off the bench as well.

Posted: Thursday, February 17, 2022 10:35, EST
No ranked teams in action around college basketball on Friday, but there are important matchups from both the Atlantic 10 and Mid-American Conference. Here’s a look at each game and check back for NCAAB odds. The best bets on College Basketball Richmond at VCU, Friday Tips at 7 p.m. ET on ESPN2. Both these programs would be NCAA bubble teams. … click title for full article.

Posted: Friday, March 12, 2021 8:15, EST
Not many conference tournament championship games are chalk, but that’s the case Sunday in the Atlantic 10 final as top-seeded St. Bonaventure faces No. 2 VCU – the winner gets an automatic NCAA Tournament berth, but the loser will get an at-large bid. The Bonnies will be short favorites on the NCAAB odds. How to Bet VCU vs. St. Bonaventure … click title for full article.

Posted: Thursday, February 11, 2021 8:14, EST
While neither team is ranked in the AP Top 25 currently, easily the biggest game around college basketball on Friday is from the Atlantic 10 Conference as the two league leaders, St. Bonaventure and VCU, face off. The Rams will be favored on the NCAAB odds – both these schools should be in the NCAA Tournament and capable of winning … click title for full article.

Posted: Thursday, March 7, 2019 1:25, EST
Sure, while the likelihood is that one of the top national championship contenders will win this season’s national championship, the fact of the matter is that in today’s upset-laden times, just about any team, anywhere, is capable of making a surprisingly deep run in the national championship tournament – or maybe you’ve forgotten all about Loyola-Chicago’s stunning March madness run … click title for full article.

Posted: Wednesday, February 22, 2017 3:09, EST
Okay, college basketball betting buffs, with the 2017 NCAA March Madness championship tournament quickly approaching, college basketball betting lines enthusiasts everywhere are looking to gather as much expert betting information as possible. With that said, I’m going to offer up my picks for the Final Four, Elite Eight and the handful of possible first round upsets that might take place. … click title for full article.

Posted: Monday, March 14, 2016 3:21, EDT
The brackets have been set and it’s time that we start really analyzing and digging deep into the 2016 tournament field. The odds have been released on which teams can win each of the regions along with which teams we should expect to win the National Championship. There are always favorites and then there are always some teams that people … click title for full article.

Posted: Monday, February 8, 2016 3:44, EST
With elite, nationally-ranked title contending teams getting routinely beaten this season, the big question heading into the new week is whether or there are any ‘real’ favorites to win this year’s quickly approaching March Madness basketball tournament. Thanks to this expert analysis on the latest online sportsbook odds to win the NCAAB Championship, you’re going to find out. Now, let’s … click title for full article.